An up-and-coming zombie game will feature some familiar sights.

Dead Matter, a sandbox survival video game which select people can play this summer, is set in post-apocalyptic Alberta — taking inspiration from the areas between Banff and Calgary, including Dead Man’s Flats and Canmore.

“Definitely people that are from the States … they don’t really know anything about what happens in Western Canada or what any of that looks like,” said Nikolas Zorko of Quantum Integrity Software Inc., the brains behind Dead Matter. Zorko is also a Calgary local.

But the scenery is where the similarity ends.

In Dead Matter, players create a customized character who explores a zombie-infested Alberta, in a game that gets progressively more difficult.

The game’s backers will have early access at the end of summer. (Dead Matter)

The game raised more than $250,000 on Kickstarter and another $400,000 on Indiegogo allowing 22-year-old Zorko to hire a number of contractors and staff to help get the game to the finish line.

He said about 80 per cent of the Kickstarter backers are from the United States — and most of the Canadian backers who are from Canada are Albertans.

“Not only is it people trying to help out their local Alberta game developer, but I think there are also people that have kind of ended up learning about Alberta,” he said. 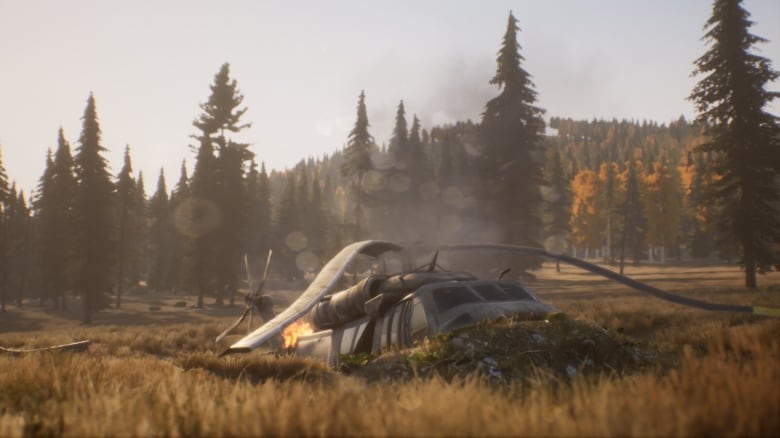 Dead Matter had raised about $250,000 on Kickstarter. (Dead Matter)

“And all of a sudden they’re now kind of really getting interested in it and kind of reading up about the locations and stuff like that.”

In addition to drawing inspiration from real-life scenery, the game has a realistic day and night cycle, and goes through seasons true to its geographic location — meaning, like Alberta, temperatures can drop to -40 C, blizzards could hit with little warning, and or a scorching heat-wave could add another threat, beyond the zombies.

In the game, players are able to decide their own path, and there are multiple solutions to the same problem, as players scavenge, set up camp, and raid bunkers.

Zorko said he plans to give his backers early access to the game at the end of the summer, and then from there he’ll put the game up for sale.

Even further into the future, Zorko hopes to expand the PC game’s world into Calgary.

“It’s basically our end game … We’re hoping to make the city kind of a dangerous, but interesting place to visit within the game itself.”