In an eyebrow-raising interview this week, U.S. Secretary of State Mike Pompeo told Fox Business that American military intervention in Venezuela remains “possible” — a move that could violate international treaties and plunge the U.S. into another protracted conflict like Iraq or Afghanistan.

Hopes that the Venezuelan people would topple socialist autocrat Nicolas Maduro fizzled again this week, when the oil-rich country’s security forces appeared to largely stick with the incumbent.

Unless Maduro steps down on his own, Pompeo told Fox on Wednesday, U.S. President Donald Trump “has been crystal clear and incredibly consistent: Military action is possible.”

Possible — but highly unlikely, according to Latin America experts. They cite the risks of entering a costly and bloody conflict, potentially igniting a civil war if the government collapses, angering Venezuelans seeking self-determination, and drawing international condemnation for an illegal war.

“A ground-troop invasion is almost out of the question,” said Jennifer McCoy, a specialist on Latin America at Georgia State University.

For one thing, it wouldn’t be a short-term investment. Venezuela’s economic and energy infrastructure is dilapidated and would demand an extended stay to help with upgrades if the U.S. opts to intervene. Hospitals are crumbling and inundated with blackouts, the power grid has fallen into disrepair, and water supplies are so scant people have reportedly resorted to finding water in sewage drains.

Trump would also have to weigh whether he wants to send American troops into conflict against Venezuela’s security forces with about 500,000 members.

Guaido gestures as he speaks to supporters during a rally against Maduro’s government and to commemorate May Day in Caracas on Wednesday. (Carlos Garcia Rawlins/Reuters)

“Anything that’s clearly an offensive measure could provoke a response, either from Venezuela’s armed forces, or from Russia,” which backs Maduro, McCoy said.

She doubts the U.S. military itself, Congress, or the American public would support an invasion.

As for the administration’s motivations for its hawkish stance, McCoy said the U.S. might have an interest in restoring democracy and human rights in Venezuela, as well as in protecting Juan Guaido, the opposition leader who Washington recognizes as rightful president. If the threat of military force is a bluff, it might be working if Guaido is still walking free after attempting to overthrow Maduro, she said.

There might be more self-serving aims for the U.S. as well. Preventing mass destabilization in Latin America might stem a migration crisis from Venezuela, for example, and domestic politics are another possible consideration.

Watch CBC’s report on a tug-of-war between two presidents:

Both sides in Venezuela’s worsening political crisis called on their supporters to take to the streets. This as the battle between two men calling themselves president threatens to become yet another source of tension between world powers. 2:20

“I think the administration is pushing the line of the Triple Axis of Cuba, Nicaragua and Venezuela,” McCoy said. “Lumping them altogether as Communist dictatorships plays very well in U.S. domestic politics, in particularly in Florida, looking forward to the 2020 elections.”

Beyond domestic political challenges, the image of American troops marching through the streets of Venezuela wouldn’t exactly stir warm feelings, despite the Trump administration’s demands for humanitarian aid in the country, and the recognition of Guaidó as Venezuela’s duly elected president.

At least 54 countries recognize Guaido as acting president, including Canada. And while Venezuelans overwhelmingly want Maduro out, according to analysts, a long history of U.S. intervention in Latin America has wrought deep skepticism and distrust in America’s intentions.

Most Venezuelans said they oppose foreign military intervention as a means of instituting political change, according to research by David Smilde, a Venezuela expert and senior fellow at the Washington Office of Latin America. 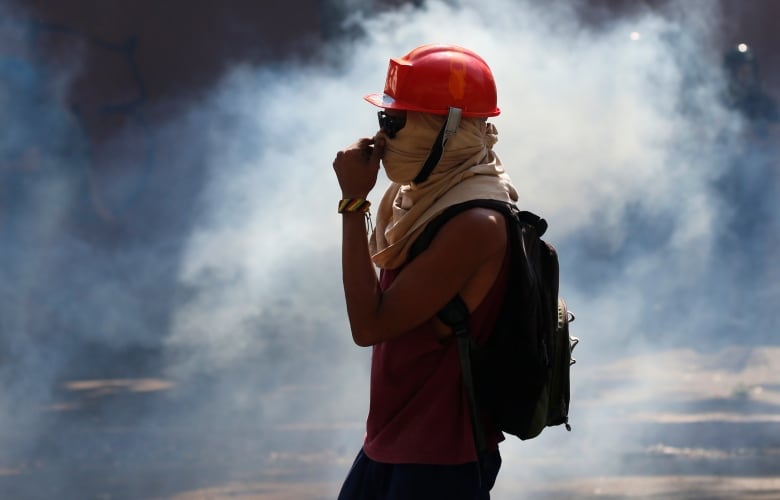 “But even if people were to welcome any kind of military intervention within a couple of weeks of occupation, it would be a very unpleasant situation” for Venezuelans, Smilde warned.

Take, for example, one resident CBC News met in February in Venezuela’s Marin barrio in the capital, Caracas. For the U.S. to occupy Venezuela, she remarked, “they’d have to kill everyone here.”

The resident said she was confident Russia, a major investor in Venezuela’s oil industry, and China, which has had an oil-for-loans agreement with Maduro’s government, would continue to back the incumbent against U.S. interference.

Intervention could cause ‘absolute mess’

Complicating matters are fears Maduro’s ouster would create a power vacuum that armed factions known as “colectivos” would battle over. While Smilde doesn’t doubt U.S. forces could help remove Maduro, he fears what happens afterwards could be “an absolute mess,” echoing the turmoil that followed American-led coalitions intervening in the Middle East.

“Venezuela is a big country. It’s more like Iraq than Panama. It has all these resources and armed actors that want to patrol it,” Smilde said. “The same thing that happened in Iraq or Afghanistan, you might see happen in Venezuela.”

That said, Smilde doesn’t dismiss the possibility of a U.S. military invasion of Venezuela outright. 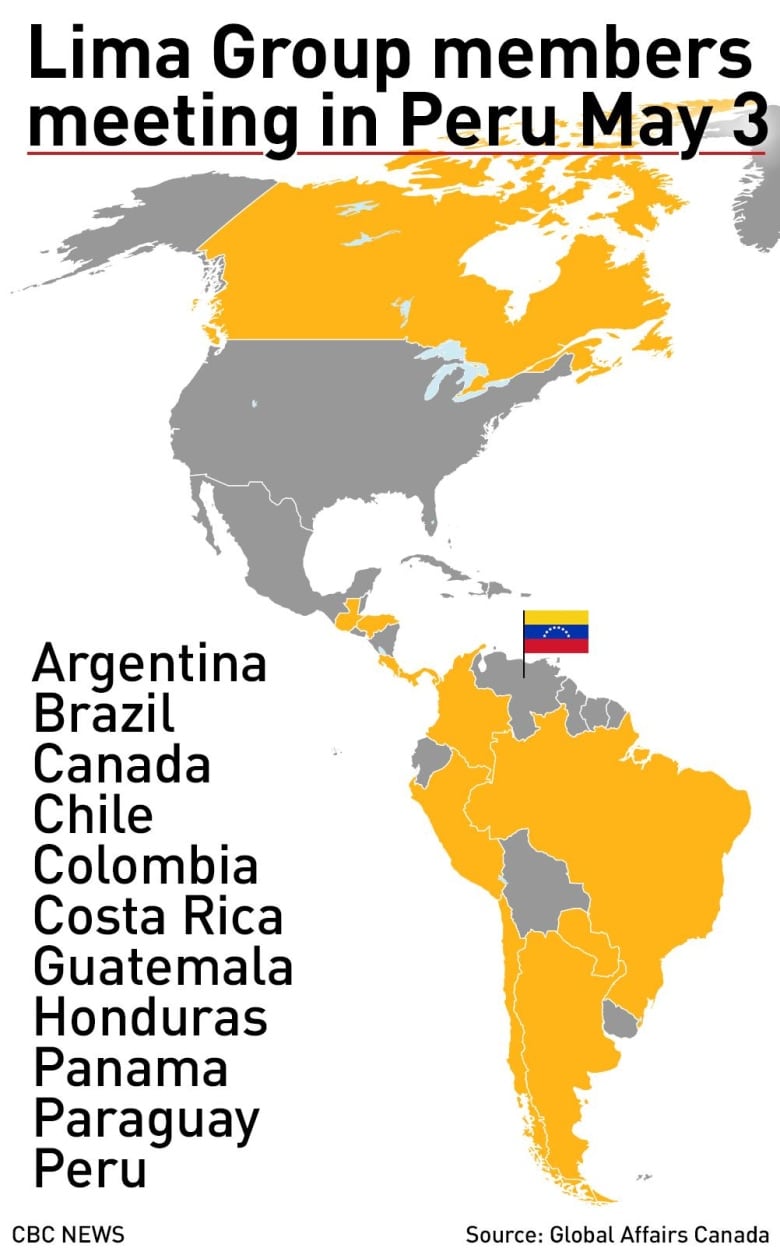 Trump’s national security adviser John Bolton could play an influential role in pushing military intervention in the coming months. Bolton, the hawkish former United Nations ambassador in the George W. Bush administration, was an unapologetic advocate for the 2003 Iraq war and has also called for regime change in Iran.

The president could also benefit from a possible “rally effect” from U.S. voters supporting an invasion. In 1990, American approval for George H.W. Bush soared after he ordered the invasion of Panama a year earlier. Similarly, Ronald Reagan’s presidency saw favorability gains in 1983 over his handling of the invasion of Grenada, and President John F. Kennedy’s approval ratings rose shortly after the disastrous Bay of Pigs invasion of Cuba in 1961.

Former secretary of the UN Human Rights Council Alfred de Zayas, the first rapporteur to visit Venezuela in 21 years when he travelled there last year, said military intervention “would be a crime under the Statute of the International Criminal Court” and a crime of aggression under the UN’s Charter.

It would also violate the UN Charter’s principles on ensuring the self-determination of nations, he said.

Even so, there’s no enforcement mechanism for the UN to stop the U.S. from sending troops to Venezuela, as was the case with the U.S. violating the UN Charter to launch its 2003 invasion of Iraq.

“Surely Trump is capable to intervene militarily,” de Zayas conceded. “The danger may now be as high as 50 per cent.”

If the U.S. goes ahead with a military option, it might find itself isolated. 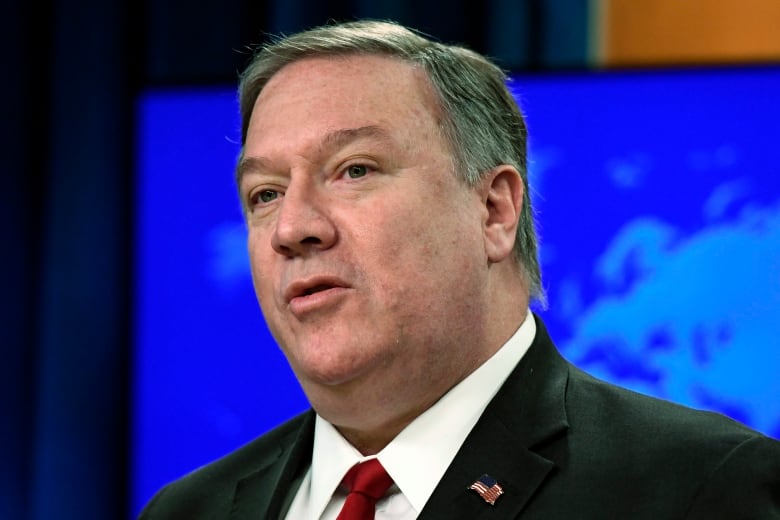 The Lima Group — the 14-nation bloc that includes Latin American countries and Canada and advocates for the end to Maduro’s presidency — has generally accepted U.S. authority, with the exception of joining for the call for military intervention, Smilde said.

Canada has an opportunity to push diplomatic efforts with the Lima Group, de Zayas said.

“Trump has unleashed a destructive campaign against international law, international treaties and multilateralism,” he said. “It is for Canada and Europe to uphold the values we hold dear.”