The teenage girl who recorded a cover of Blackbird by The Beatles entirely in Mi’kmaq says she hopes to one day release a full album in her people’s language.

“Those lyrics kind of make me feel more hopeful, more inspired to, like, learn my language more than I already know, and to show non-Mi’kmaq people the beauty of the song in our language,” Emma Stevens, 16, of Eskasoni, N.S., told As It Happens host Carol Off.

“I know it’s just, like, a little cover, but in our language, it’s really beautiful and it just makes a big impact.”

Listeners are definitely feeling that impact.

The cover has been viewed more than 30,000 on YouTube since it was uploaded last week by Allison Bernard Memorial High School to mark the United Nations’ International Year of Indigenous Languages.

After it aired on CBC Radio’s As It Happens Tuesday evening, dozens of listeners wrote in to express how deeply moved they were by Stevens’ haunting voice and the beauty of the Mi’kmaq lyrics.

“I’m glad that it gave them kind of a new view on music,” Stevens said of the reception. “Our language is such a beautiful thing and not a lot of people hear it.”

The cover was produced by the school’s music teacher Carter Chiasson using translated lyrics from Mi’kmaq language teacher Katani Julian and her father.

The translation process was a struggle, Julian said, because not all of the words have direct correlations in Mi’kmaq.

“We have to translate the concepts, and not the words specifically,” she said.

“So I had to look into a poetic message — the reading between the lines of Paul McCartney’s lyrics here — and learn, you know, what he was talking about, what kind of feelings that he was trying to convey.”

Stevens and her music teacher Carter Chiasson work on the Mi’kmaq cover. (Submitted by Katani Julian)

There was plenty there to sink her teeth into, she said, noting that lyrics like “Take these broken wings and learn to fly” really resonate with Indigenous experiences in Canada.

“The song is just like the type of gentle advice that we get from our elders when we feel defeated and when we feel down,” she said.

While researching the song, she learned that it has frequently been associated with the U.S. civil rights movement.

“It spoke to me personally like that. So it really strikes a chord in my heart as well, this song.”

‘A loss for words’

Julian frequently turned to her father, Albert (Golydada) Julian, to translate the lyrics — but she never told him what it was for.

She says she’ll never forget the moment she revealed the video to him.

“He’s usually not at a loss for words very often, but he was absolutely quiet,” she said. “He’s a tough guy, but he had tears in the corners of his eyes and he loved it so much.” 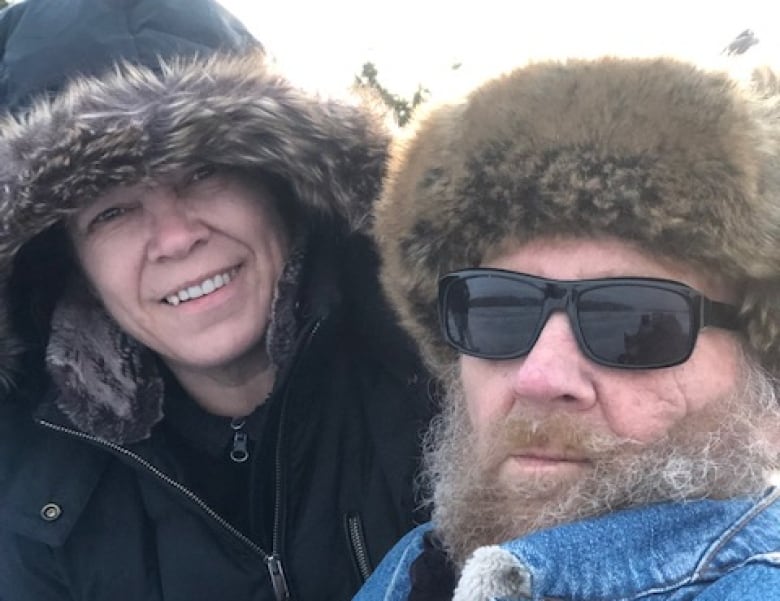 This wasn’t Stevens’ first attempt at performing in Mi’kmaq, and she says it won’t be her last.

In 2018, she sang My Unama’ki (My Cape Breton), an ode to her homeland sung partially in Mi’kmaq, which she wrote and performed in collaboration with her fellow students at staff at Allison Bernard Memorial High School.

Asked if she would ever release a full album in Mi’kmaq, Stevens didn’t hesitate to reply.

“Definitely,” she said. “I would love to do that, but I think it would be better if it was all my own music.”