Hayden Panettiere and Brian Hickerson are hand in hand.

The actress and her boyfriend were spotted on Monday out and about together in Los Angeles. In one photo, the two were captured holding hands. According to a source, the pair exited a lunch spot before visiting a car dealership. In addition to their casual denim outfits, they could also be seen wearing similar necklaces.

The sighting of them together marks the first since Hickerson was arrested two weeks ago in the early hours of May 2. Per a Los Angeles Police Department spokesperson, Hickerson was arrested and booked for alleged felony domestic violence. After being arrested around 2:25 a.m., he was released later that afternoon after posting a $50,000 bail bond, booking records showed. Police did not identify Panettiere or anyone else as the victim.

It’s been nearly a year since E! News confirmed the star was dating the aspiring actor following her split from ex-fiancé Wladimir Klitschko. 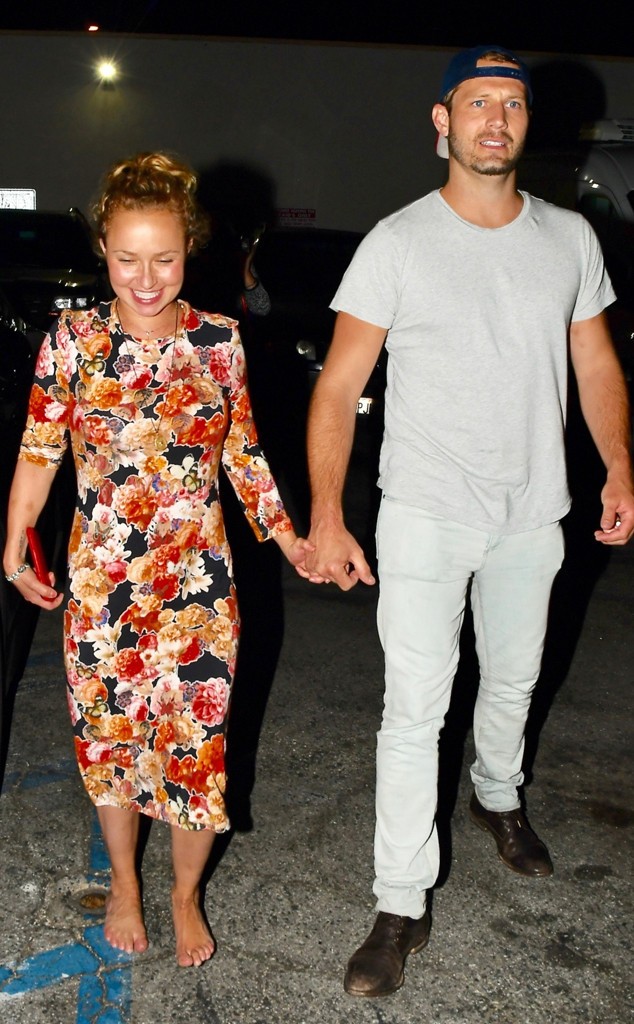 She and Hickerson were spotted holding hands while out to dinner at Craig’s in West Hollywood, spurring the breaking news that she and Klitschko had called off their engagement after nearly a decade together.

“At this point, Hayden is single and she and Wladimir are co-parents to Kaya,” a source confirmed to E! News in August 2018.

At the time, a source also told E! News Hayden and Brian “hit it off” after meeting through mutual friends. More recently in October 2018, the couple was spotted holding hands in Florida while visiting her family.