Hello there! This is our weekly newsletter on all things environmental, where we highlight trends and solutions that are moving us to a more sustainable world. (Sign up here to get it in your inbox every Thursday.)

The extent to which meat production contributes to climate change is hotly contested. We highlighted some of the concernsin our last issue, but heard from some readers who felt it didn’t convey the full picture.

Earlier this year, when U.S. congresswoman Alexandria Ocasio-Cortez first started promoting the Green New Deal — the Democratic proposal to mobilize government to address climate change and income inequality — she made comments about the significant impact of “cow farts” on carbon emissions.

That concerned Frank Mitloehner, an esteemed animal science professor at the University of California, Davis, who tweeted at AOC, telling the rookie lawmaker that “meat/milk” was only responsible for four per cent of greenhouse gas emissions in the U.S.

In an interview with CBC, Mitloehner said agriculture is “often depicted in a negative way. And that’s unfortunate, because agriculture should be an important solution to [climate change], and could be. Plus, we all have to eat.”

Ocasio-Cortez’s comment reflected a broader concern about the amount of methane released in beef production. (For the record, bovine burps are the main culprit.) As far as greenhouse gases go, methane is in some ways more concerning than carbon dioxide — a 2014 assessment from the Intergovernmental Panel on Climate Change (IPCC) said methane traps heat 28 times more than CO2.

Mitloehner pointed out, however, that methane only stays in the atmosphere for about a decade. CO2, on the other hand, stays up there for 1,000 years or more. In a hypothetical scenario, Mitloehner said, if you operated a dairy with a steady herd of 1,000 cows over 50 years, after the first decade, “you’re not adding new, additional methane to the atmosphere.”

Researchers have been looking at a number of ways of reducing methane on farms — such as feeding cows seaweed — but Mitloehner said their impacts are still being studied.

While raising cattle provides income to farmers and food for the masses, it also has ecological benefits.

“From a natural resources perspective, Canadian beef producers are stewards to over 44 million acres [16 million hectares] of grasslands, and that plays a critical role in carbon storage,” said Monica Hadarits, executive director for the Canadian Roundtable on Sustainable Beef, a non-profit group that promotes the efforts of the beef industry to meet green goals.

A 2018 study by the Joint Research Centre in Nature Climate Change showed that soil is a highly effective sink for greenhouse gases — and the urine and manure of grazing cows are key to keeping soil healthy. But the study also said that farmers must balance the use of fertilizers in order to minimize the release of nitrous oxide, a greenhouse gas that is nearly 300 times as heat-trapping as CO2.

Mitloehner spends a fair amount of time on social media addressing misconceptions about the climate impacts of agriculture. Earlier this week, he tweeted at the BBC for overstating the environmental virtues of going vegan.

In terms of cutting carbon emissions, he said curbing our reliance on gasoline vehicles and air travel is far more consequential. As Mitloehner wrote in a tweet, fossil fuel-related activities are “the 800lb gorilla.”

Old issues of What on Earth?

We’ve received a number of emails from readers wanting to see old issues of the newsletter. Well, we have you covered — all of our issues in one central location:

As always, if you have comments or suggestions…

U.S. President Donald Trump famously called climate change a “hoax” and abandoned the Paris Accord, the global agreement to reduce carbon emissions in order to keep planetary warming below 2 C (above pre-industrial levels). But Trump’s time in office has inspired an environmental resistance called the U.S. Climate Alliance — states that have pledged to stick to Paris targets, with the aim of reducing greenhouse gas emissions “by at least 26-28 per cent below 2005 levels by 2025.” Pennsylvania recently joined the alliance, bringing the number of states to 24 (plus Puerto Rico). On a map of the U.S., the green states are out on the margins, but they encompass more than 190 million people — close to 60 per cent of the population. 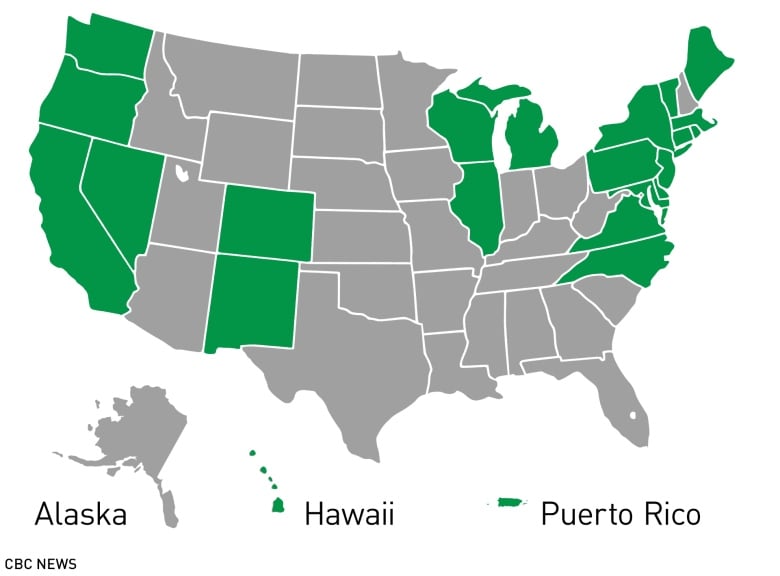 Hot and bothered: Provocative ideas from around the web

How eco-friendly are meal kits? 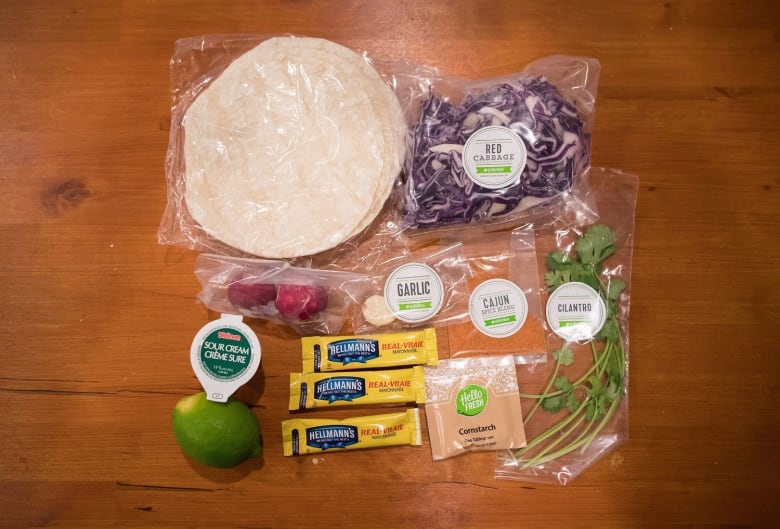 Meal kit delivery services such as HelloFresh and Chef’s Plate are big business — in Canada, they are already part of a $120-million industry and growing fast.

A report from market research company NPD Group said 13 per cent of Canadians have used meal kits at some time, and 42 per cent said they’re interested in trying them out.

Meal kits typically use a subscription model that delivers everything you need for a given recipe straight to your door. Each ingredient is individually packaged, which results in a fair amount of plastic and cardboard waste.

But are meal kits worse for the environment than buying groceries? A new study out of the University of Michigan says the answer, perhaps surprisingly, is no.

The researchers compared five different recipes (including a cheeseburger, a salmon dish and pasta), and made the exact same meal from a kit and from ingredients bought at a grocery store.

The study estimated how much greenhouse gas was emitted along every step of each meal’s production, including growing the food; transportation; packaging; and how much food is typically thrown out.

After adding up the environmental impacts, the researchers found that on average, a meal made with groceries produced about 33 per cent more greenhouse gas emissions than the same one from a kit.

While the kits used more packaging than grocery store meals, that wasn’t enough to outweigh the lower emissions from other areas, such as food waste and transportation. The researchers found that kits, with their pre-portioned servings, had much less food waste than meals made with grocery store food.

The study found that the difference was two kilograms of CO2 emissions per meal — or equivalent to the amount of CO2 produced by burning a little less than one litre of gasoline.

“One of the things our study is trying to highlight is the importance of household food waste, and trying to convey the message that food really is environmentally impactful,” said Shelie Miller, associate professor at the University of Michigan and senior author of the study.

She said the food we eat “tends to have high environmental intensity even though we don’t necessarily see it” because so much of the carbon is produced before we even get it.

A January 2019 report from food rescue organization Second Harvest said that 4.8 million tonnes of food, worth $21 billion, is lost during processing in Canada per year.

Meal kits may have a smaller impact on the environment than store-bought groceries, but there are still areas where meal kit providers can improve, said the study’s lead author, Brent Heard.

Are there issues you’d like us to cover? Questions you want answered? Do you just want to share a kind word? We’d love to hear from you. Email us at whatonearth@cbc.ca.

Sign up here to get What on Earth? in your inbox every Thursday.