The encounter lasted about a minute. A red-haired young woman driving a grey car pulled up to the parking lot of the only abortion clinic in the state of Missouri — a Planned Parenthood office near downtown St. Louis.

Dressed in a bright orange vest, Maggie Tebeau smiled, waved and moved toward the car window.

Tebeau doesn’t work for Planned Parenthood. She is the marketing coordinator for the St. Louis Coalition for Life, and the coupon she was handing out was for a different clinic — one that counsels women against having an abortion.

During their brief conversation, Tebeau gave the red-haired woman information about adoption, financial help and a 24-hour counselling service. The woman took the pamphlets.

“It’s a start,” Tebeau told CBC afterward. “Every time a person discovers she doesn’t have to make this choice is a victory for me.”

Maggie Tebeau, an anti-abortion advocate, talks to a woman on her way to the Planned Parenthood office outside St. Louis. (Marie Claudet/CBC)

It’s one conversation in the middle of the country, but what’s happening in St. Louis represents the renewed effort to make abortion tougher to obtain in several U.S. states.

Under Donald Trump’s presidency, the anti-abortion movement has gained momentum. Trump’s appointment of two conservative Supreme Court justices has given activists hope that Roe v Wade, the 1973 decision legalizing abortion in the United States, will be overturned.

It’s not that there has been a sudden surge in Americans who identify themselves as anti-abortion: Polls show the numbers haven’t really changed much, and that a majority of Americans believe abortion should be legal under certain circumstances.

The current anti-abortion momentum is about a shift in power. Anti-abortion voters were key to putting Trump in the White House, based on his promise to tip the balance of the Supreme Court to give it a conservative majority. That’s opened the door for Republican administrations at the state level to test the legal limits of abortion laws.

That’s what happened last night in Alabama, where the state legislature voted to criminalize abortion, making it illegal for doctors to perform the procedure. It’s the most restrictive such legislation in the country, and other states are looking to do something very similar.

Georgia, Mississipi, Ohio and Kentucky have all passed so-called heartbeat laws this year, making abortion illegal as early as six weeks into pregnancy, believed to be the earliest a fetal heartbeat can be detected. Missouri is expected to vote on a similar bill, HB-126, sometime this week. Many other states are considering the move.

“It’s essentially a total ban on abortion,” said Dr. Colleen McNicholas, an abortion provider at the Planned Parenthood clinic in St. Louis, as well as others in Kansas and Oklahoma. She criticizes the fact that legislators have picked a gestational age (six weeks) “in which most people don’t even know they are pregnant.”

Court challenges to all of these bills are expected or have already begun — and that’s the point. The bills are part of a larger strategy to place more and more restrictions on abortion in the hopes one of them could force the Supreme Court to revisit Roe v Wade. 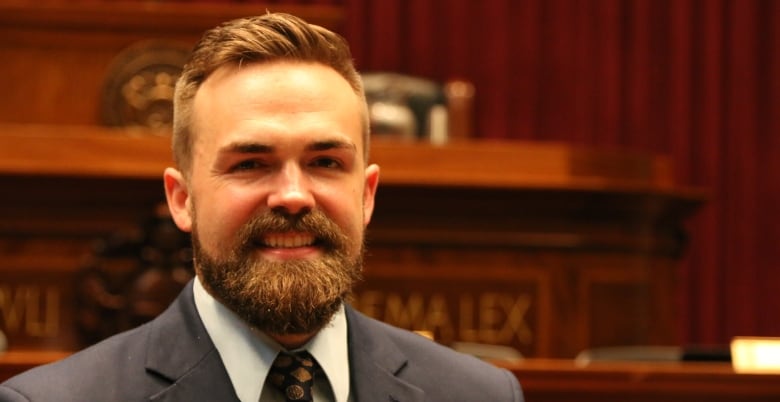 “The goal is to save as many lives as possible,” said Missouri Rep. Nick Schroer, a co-sponsor of the Missouri Stands for the Unborn Act. “But if it’s going to send a tidal wave of different states looking to us for guidance, and attacking Roe vs. Wade on that basis, I’m all for it.”

Like the bill just passed in Alabama, Missouri’s proposed legislation would make no exception for cases of incest or rape.

“That life has value just as all of ours did,” said Schroer.

At one recent Senate session, members shared their own experiences with unplanned pregnancy. Sen. Wayne Wallingford told the chamber his niece had an abortion.

“Do you know where my niece is now?” he asked. “In a mental institution in Nebraska. She never recovered from the tragedy of killing an unborn child.”

Missouri Democrats admit they have little to no chance of stopping the bill in the state Senate.

Democratic Sen. Jill Schupp calls Bill HB-126 “terrifying.” Schupp was in college when abortion was legalized, and she worries that access to abortion is something younger generations have come to take for granted. “I think with the change in our administration at the federal level and the change in the Supreme Court, this is now really on the line in a way it hasn’t been before. So we can no longer stand by and allow that complacency to continue.”

The fight against these laws is intensifying. In the rotunda of the Missouri legislature last week, about 200 people gathered with signs saying “Stop the Bans.” Evonnia Woods stood in front of a line of women in red cloaks — inspired by The Handmaid’s Tale — and told a story she never planned to share publicly.

At the age of 28, while she was a student with little money and a boyfriend who wasn’t sticking around, she had an abortion.

If Roe v Wade is overturned, the most likely scenario is that some states will have legal abortion and other states won’t. There’s evidence of that already. On the Illinois-Missouri border, a billboard from the Hope Clinic for Women welcomes visitors to a state where they can get a “safe, legal abortion.” 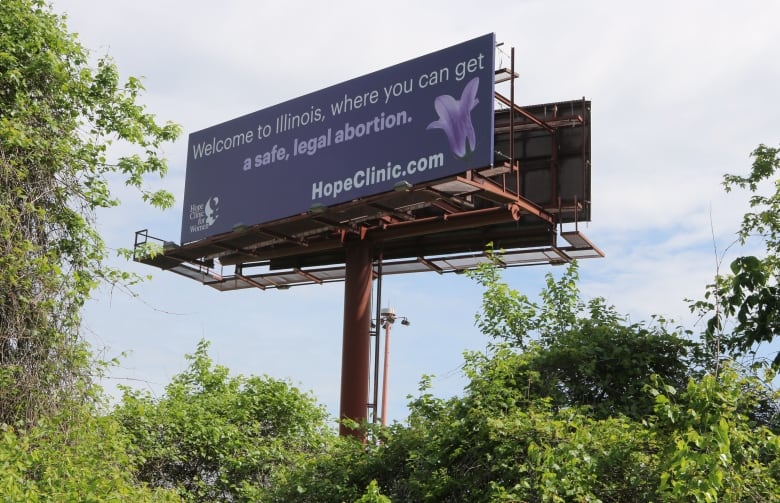 This billboard on the Illinois-Missouri border welcomes visitors to a state where they can get a “safe, legal abortion.” (Marie Claudet/CBC)

What won’t change, said McNicholas, is that women will seek abortions. “I think people will travel. People will find a way.”

Outside the Planned Parenthood clinic in St. Louis, Maggie Tebeau watched the red-headed woman leave after their encounter. Her car didn’t stop on the way out of the parking lot. She merged into traffic, gripping the steering wheel and crying.

The Deeper You Dig