Phillip and Thomas Barreiro, who have been wrestling for more than a decade, are hoping to make their mark on mats across the world.

The twin brothers, 29, are from Akwesasne, the Mohawk community that straddles the borders of Quebec, Ontario and New York state. This week, they’re representing Canada in Greco-Roman wrestling at the Senior Pan American Championships in Buenos Aires, Argentina from April 18 to 21.

“When we’re here training, it’s not about being in the limelight, but what’s really bad is being positive role models for youth — showing them that there are avenues to excel,” Phillip said.

“It’s about finding something that will make you the best version of you that you can be. If you want to get into wrestling, it’s a good way to show that because it’s all about you —whether or not you put in the work and how much are willing to sacrifice.”

It’s definitely an advantage having a brother who is at the same level as myself because it makes it easier to train consistently.” – Phillip Barreiro

While they’ve only been competing in Greco-Roman wrestling for the past five years, they’re no strangers to the wrestling mat.

The brothers started American folk and freestyle wrestling during middle school. They spent the majority of their schooling outside of Akwesasne. Their father worked at Cornell University in Ithaca, N.Y.

Because they were the only Indigenous children in the school, the brothers say, they dealt with a lot of bullying but fell in love with the sport. 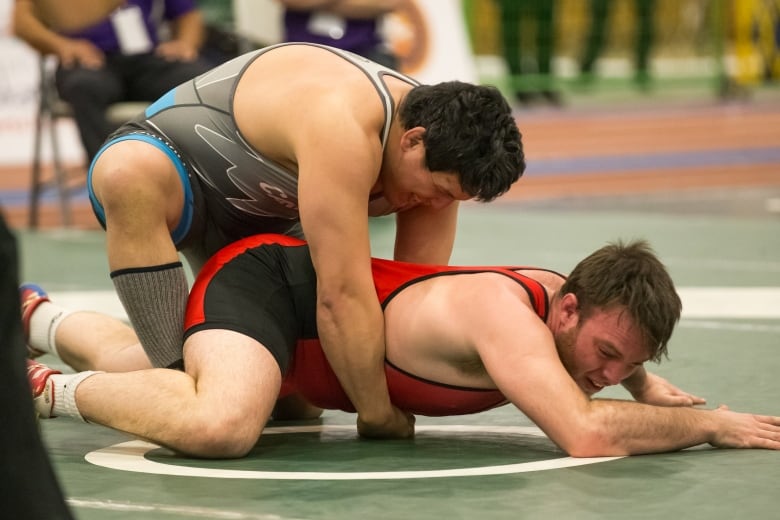 Thomas Barreiro goes to the mat to try for a pin. (Wrestling Canada Lutte )

During college, they competed in the NCAA Division 1 in American folk style for the American University Eagles in Washington, D.C. They were introduced to Greco-Roman wrestling after college and have been training with five-time Olympian Doug Yeats ever since.

“It’s almost like a whole new sport that you’re learning,” Phillip said. “It got rid of the burnout and made me fall in love with wrestling again.”

The brothers travel more than 120 kilometres at least twice a week to train with Yeats at Montreal’s Tristar Gym.

“It’s definitely an advantage having a brother who is at the same level as myself because it makes it easier to train consistently,” Phillip said.

That means practising at home on the wrestling mat they have set up in their living room.

“I can come home on my lunch break and put 15-20 minutes in, just doing a technique. It’s just a little bit extra volume so we’re doing something every day,” Thomas said. 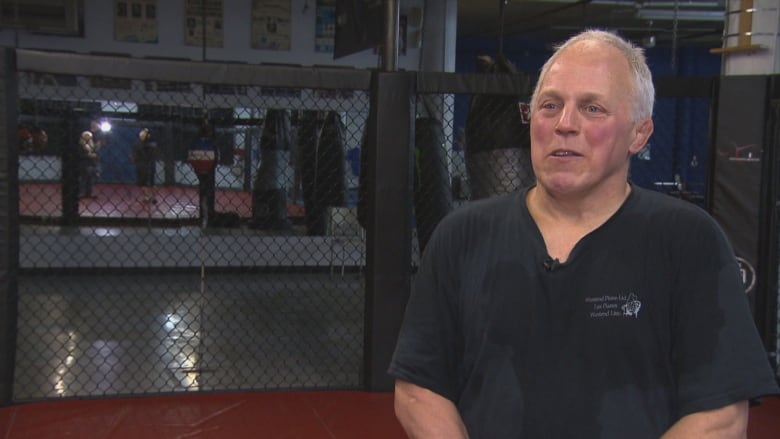 Five-time Olympian, Doug Yeats has been coaching the brothers for five years. (CBC)

Greco-Roman wrestling isn’t as popular in North America as it is in other parts of the world, and that comes at a cost to Canadian athletes, Yeats says.

“Coming from Canada in Greco-Roman wrestling, you’re not going to be anywhere technically skilled as the top countries from Europe, so the skills you have, you have to be really wise about using them,” he said. “There’s where Tom and Phil are starting to really buy into that now.”

Dreams of the Olympics

Their goal is to represent their community and the Mohawk nation at the 2020 Olympics, to encourage young Indigenous athletes to pursue the sport. After the Pan American Championships, they’ll be preparing for the World Championships in September. 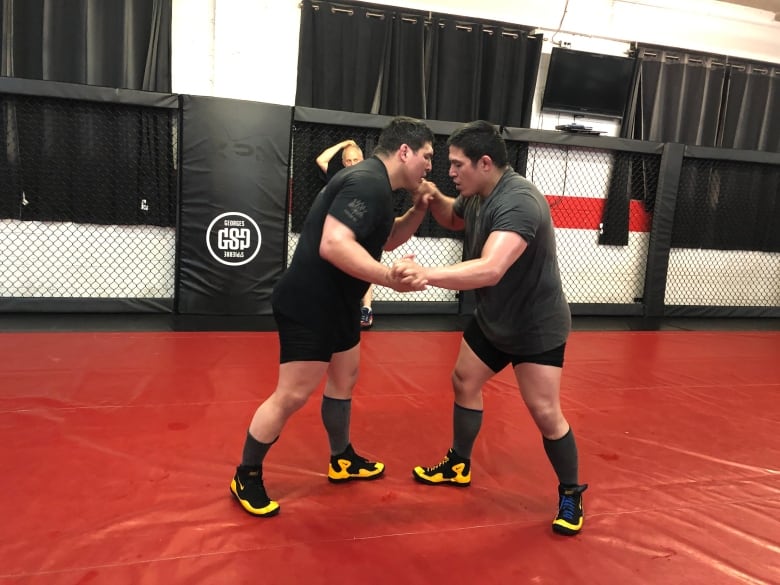 The Barreiro twins train at least twice a week in Montreal with their coach Doug Yeats, a five-time Olympian in Greco-Roman wrestling. (Jessica Deer/CBC)

Thomas works as a sports, fitness and recreation co-ordinator at the Akwesasne Boys and Girls Club. He says he wants to be able to walk the talk when it comes to telling youth to chase their dreams.

“You can’t tell the kids in the community go and dream big and chase big scary things if you’re not willing to be somebody who’s gonna go and chase big scary things,” he said. Thomas and Phillip Barreiro hold Canadian championships in their respective Greco-Roman wrestling weight classes. Now they’re training to represent the country in international competitions, with the goal of qualifying for the 2020 Olympics in Tokyo. 2:40