On his final day as U.S. defence secretary, Jim Mattis on Monday urged all Pentagon employees, military and civilian, to “hold fast” in defence of the country.

Mattis, who submitted his resignation on Dec. 20 and was, in effect, fired by President Donald Trump three days later, was working in the Pentagon on Monday and preparing to hand off his duties at midnight to Deputy Secretary Patrick Shanahan.

Trump picked Shanahan, a former Boeing Co. executive with no previous government or military experience, to serve as acting defence secretary, pending a decision on who would be nominated to serve in a more permanent capacity.

Mattis has not said publicly what he intends to do next. He has mused about returning to his roots in Washington state. He was born in Pullman and raised in Richland. He graduated from Central Washington University in 1971 and then entered the Marine Corps, where he began as a second lieutenant and rose to the rank of four-star general.

In a written farewell message, Mattis quoted a one-sentence telegram that President Abraham Lincoln sent to the commander of Union forces, Gen. Ulysses S. Grant, on Feb. 1, 1865, in the final weeks of the Civil War.

It said: “Let nothing which is transpiring, change, hinder or delay your military movements or plans.” On that date, Lincoln signed a joint congressional resolution proposing a constitutional amendment to abolish slavery.

Mattis, who resigned over a series of policy disagreements with Trump, including the president’s decision to withdraw U.S. troops from Syria, said he’s confident Pentagon employees will remain “undistracted from our sworn mission to support and defend the constitution while protecting our way of life.”

“Our department is proven to be at its best when the times are most difficult,” he wrote. “So keep the faith in our country and hold fast, alongside our allies, aligned against our foes.”

Mattis had initially said he planned to serve as head of the defence department through February to ensure an orderly transition. But the fallout of his decision to leave — including the shock and dismay expressed on Capitol Hill — annoyed Trump, who accelerated Mattis’s departure to Jan. 1. 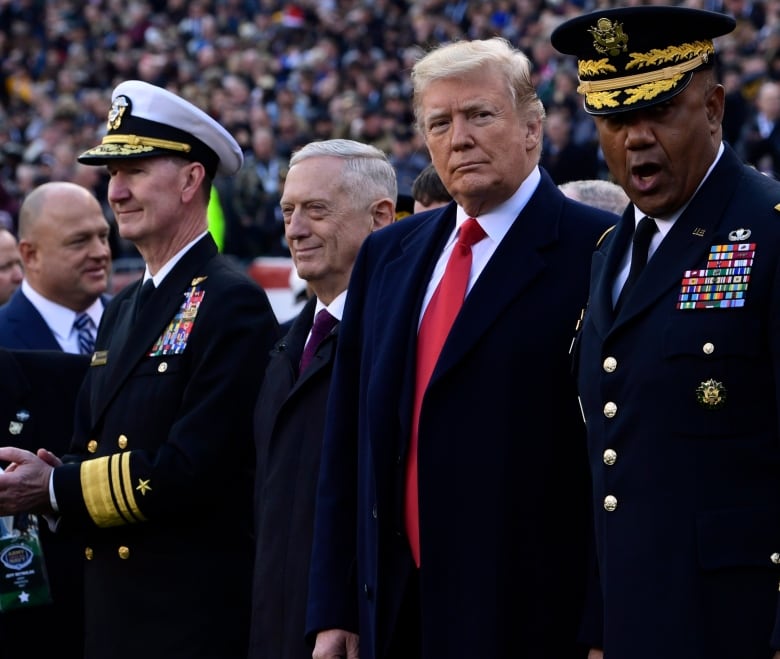 Mattis had planned to stay on through February, but U.S. President Donald Trump moved up Mattis’s departure. (Susan Walsh/Associated Press)

Mattis is the first retired general to serve as defence secretary since George Marshall in 1950-51. His confirmation by the Senate required passage of legislation overriding a prohibition against former U.S. service members who have been out of uniform fewer than seven years from holding the defence department’s top job. Mattis retired from the marines in 2013.

His farewell message was just eight sentences, but it echoed some of the key themes in his lengthier resignation letter, including an emphasis on the value of having allies such as those in NATO. This is a point on which he differed with Trump, who often denigrated allies as unworthy freeloaders.

David Maxwell, a retired army colonel who served 30 years in uniform, said the farewell and resignation letters together will “be studied and examined … for years to come” for lessons in leadership. Maxwell is a senior fellow at the Foundation for the Defence of Democracies.

Mattis, 68, has not publicly commented on his reasons for resigning, beyond what he wrote in his resignation letter, in which he expressed pride at having served with the men and women of the defence department but did not directly thank Trump. He wrote that the president has “the right to have a secretary of defence whose views are better aligned with” his.

“My views on treating allies with respect and also being clear-eyed about both malign actors and strategic competitors are strongly held and informed by over four decades of immersion in these issues,” Mattis wrote. 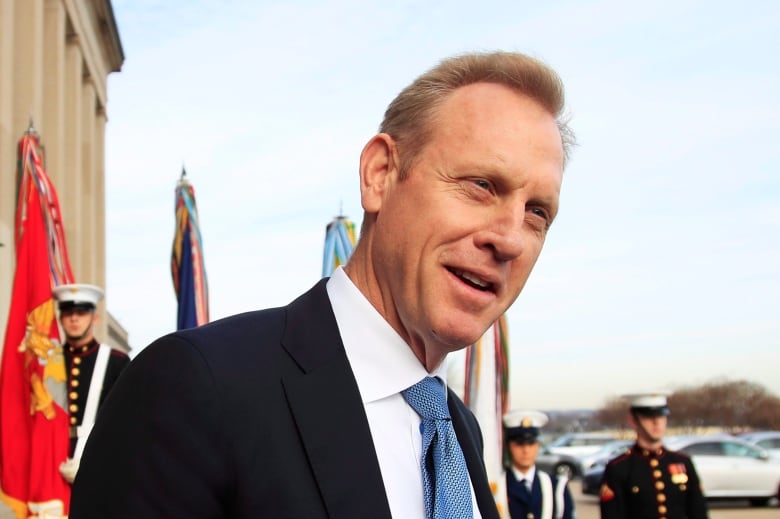 Shanahan, who has been the Pentagon’s No. 2 official since July 19, 2017, had worked for Boeing since 1986. His views on strategic issues such as U.S. alliances and the wars in Afghanistan and Syria are largely unknown to the public.

During his Senate confirmation hearing in June 2017, he drew the ire of Republican Sen. John McCain of Arizona for equivocating on whether he favoured providing defensive weaponry to Ukraine in response to Russian military intervention.