The Mud Hero races looked like fun, so Art Noble jumped at the chance to participate.

Now he hopes to complete six races across Canada this year.

During the six-kilometre races, competitors have to deal with mud and obstacle courses, including a cargo climb, lagoons and mud slides.

“It was challenging,” he told CBC’s Radio Active.

He said many fellow competitors are surprised by his age. Race announcers mention him by name, as added motivation for the other competitors.

Noble waving to the camera before he clears the backwards bullfrog obstacle. (Art Noble/Supplied)

“They’ll say, ‘You shouldn’t have any problem, because Art Noble, he’s 80 years old and he’s done all of them this year,’ ” he said.

Noble wasn’t an athlete when he was younger. He drove double-decker buses in England and was a rally car driver.

He’s has finished four races so far and is preparing for his fifth this weekend in Toronto. When he’s not racing, he’s training for races — by picking cucumbers in a friend’s garden.

The Mud Hero races aren’t about winning. Noble said his favourite part is competing with his family.

His advice can be applied to anyone thinking about competing in the six-kilometre obstacle course.

“Do the course, have fun and enjoy yourself,” he said. 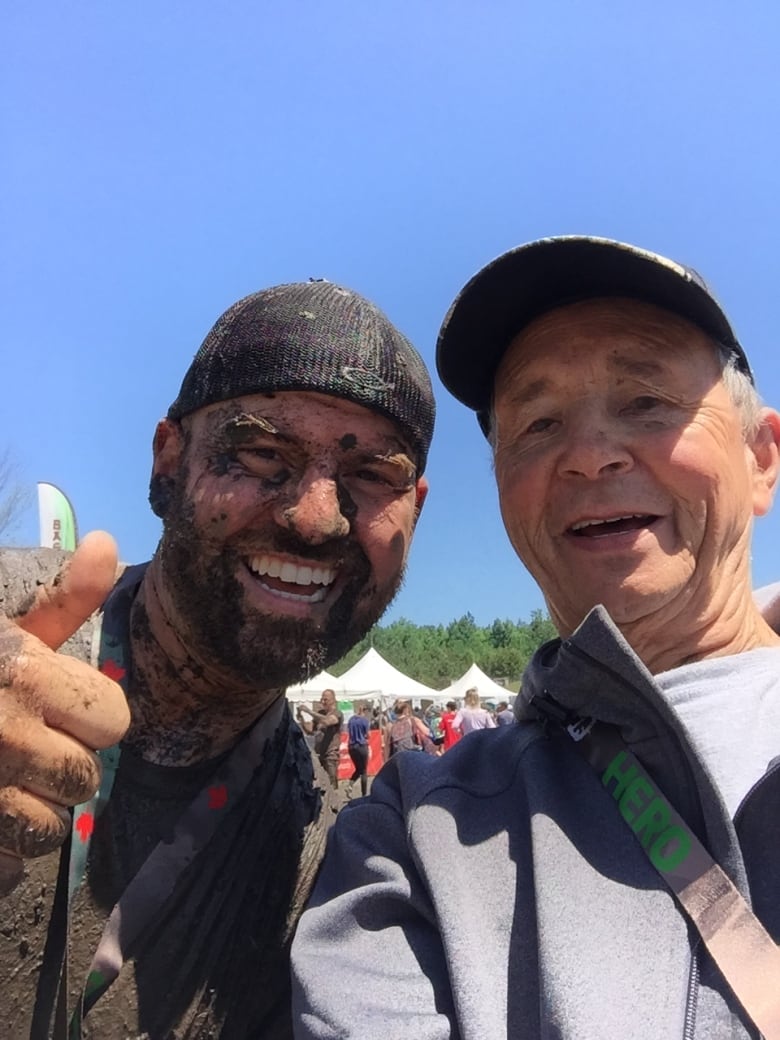 Noble (right) wasn’t much of an athlete growing up but likes competing alongside his family. (Art Noble/Supplied)