A dozen women from across Ontario are in Six Nations this week to talk about how they can forge alliances between Indigenous and non-Indigenous communities.

The week long program, called Kontihnekaha:wi (They Carry the Water), includes both non-Indigenous and Indigenous women.

The program is run by a group called the Canadian Roots Exchange (CRE) and it’s providing a space for the group to learn about traditional Haudenosaunee (Iroquois) culture and the leadership role that women can have in the process of reconciliation.

Two participants pass a shell that is used to make the beads for a Wampum belt. (Rhiannon Johnson/CBC)

There are opportunities to learn about traditional and contemporary Haudenosaunee culture through immersive workshops with local knowledge holders.

“We don’t usually get to really explore how reconciliation or colonization has affected women specifically because we’re always been the last of the last,” said Leslie VanEvery.

VanEvery is from Six Nations and a program coordinator for CRE’s Tkaronto Youth Reconciliation Initiative.

CRE is a collection of Indigenous and non-Indigenous people that focuses on education and community building by engaging youth across Canada through programming and exchanges.

Over 70 applicants, aged 18 to 29, applied to the Kontihnekaha:wi program and the successful participants were hand chosen to bring together the most diverse selection of individuals. 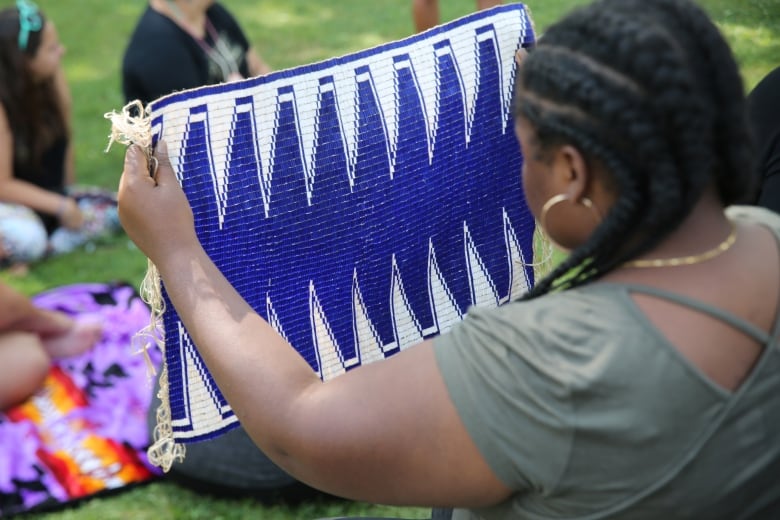 Women from across Ontario are coming together to learn about Haudenosaunee culture and traditions in a week-long exchange program. (Rhiannon Johnson/CBC)

“It’s important to learn about each other from each other,” said VanEvery.

The goal of the program is to have participants reclaim their own identities through learning about Haudenosaunee perspectives and worldviews. 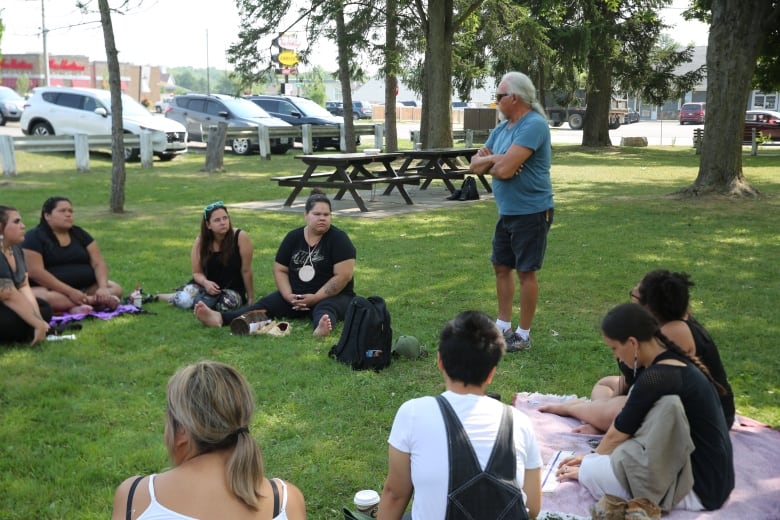 The group is participating in different workshops being held by knowledge holders and teachers in Six Nations. (Rhiannon Johnson/CBC)

“All my relations is what I try to embrace,” said Shanina Ferrigan, 22, from the Mississauga First Nation.

“As an Ojibway woman, learning the Haudenosaunee ways and roles is that connection of all my relations, traditions and culture.”

Ferrigan first found out about the program through Facebook.

“Life is a constant journey of living, loving and learning and healing. it’s important to go back to the stories and tradition that each nation holds,” she said.

The Haudenosaunee culture is matrilineal — meaning families trace their ancestry through mothers rather than fathers — which made Six Nations the ideal location for the exchange.

The program also provides a positive space to explore what reconciliation means and what can be done by both Indigenous and non-Indigenous people to help facilitate that process.

“It’s hard to unpack and unlearn, and it can be very uncomfortable, but when you’re with the proper people with proper structure it can be very fulfilling and enlightening,” said Tanya Pineda, 19. 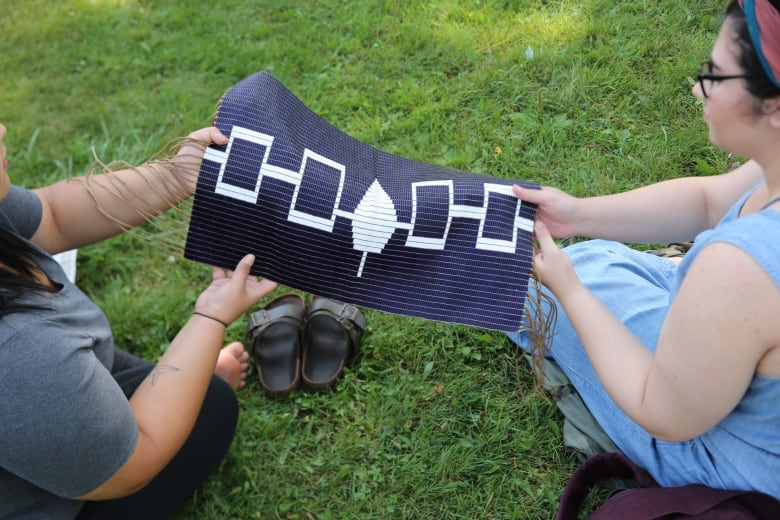 Shania Ferrigan says, ‘As an Ojibway woman, learning the Haudenosaunee ways and roles is that connection of all my relations, traditions and culture.’ (Rhiannon Johnson/CBC)

Pineda is not from an Indigenous background and has been gradually learning about Canada’s colonial history on her own to understand the best approach to being an ally with Aboriginal peoples.

“You need to understand that Indigenous women need to save Indigenous people. They are the people in the community that will have the most influence and do the most work,” she said.