The city of Edmonton is proposing a new framework calling for 16 per cent affordable housing in every Edmonton community.

The 16-per-cent target is up from the previous goal of 10 per cent.

“We have to set a goal that gets everybody in this city into affordable housing,” Coun. Ben Henderson said. “[They] would probably be better communities if they had that 16 per cent.”

The vast majority of communities in Edmonton have less than 10 per cent affordable housing. Victoria Park and Woodcroft have more than 30 per cent, while dozens of neighbourhoods have between zero and five per cent.

The framework is based on the Canadian Mortgage and Housing Corporation standard that a household shouldn’t have to spend more than 30 per cent of their income on housing.

“The funding’s got to come from other places,” Mayor Don Iveson. “We can’t take this on ourselves financially.”

The city will be looking for various ways to get funding for the projects, from other orders of government and philanthropic donations, and also from self-sustaining project income.

The policy will allow the city to help provide land.

The framework calls for new affordable housing projects to be in close proximity to amenities and services, such as transit, grocery stores, child care, schools, and community recreation facilities and parks. 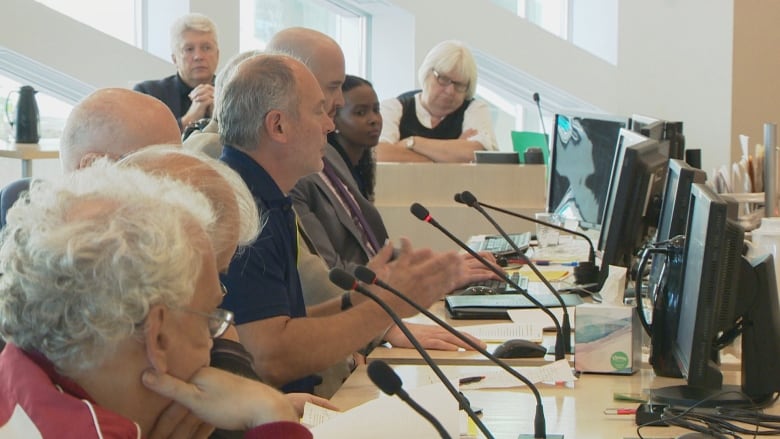 Members of inner city communities express concern their neighbourhoods may get more affordable housing when they feel there is already enough. (CBC)

But the topic evokes its share of ‘not in my backyard’ attitudes.

Mike Van Boom is part of the Interfaith Housing Initiative, a network of various religious groups that work to develop better housing.

He believes 16 per cent across the board is more than reasonable, despite naysaying that goes on in certain areas.

“The ‘how much is too much question’ — we heard that in Mill Woods and the northeast and the west end, and the core,” he said. “When you look at what other jurisdictions around the world, other places have done, it’s not a high number at all.”

While councillors are in favour of the bulk of the policy, more than a dozen people showed up to executive committee meeting to give feedback on the proposed policy.

Phil O’Hara, a former president of the McCauley community league, the Bissell Centre and Boyle McCauley Health Centre, also worked for the city in the planning department 10 years ago. 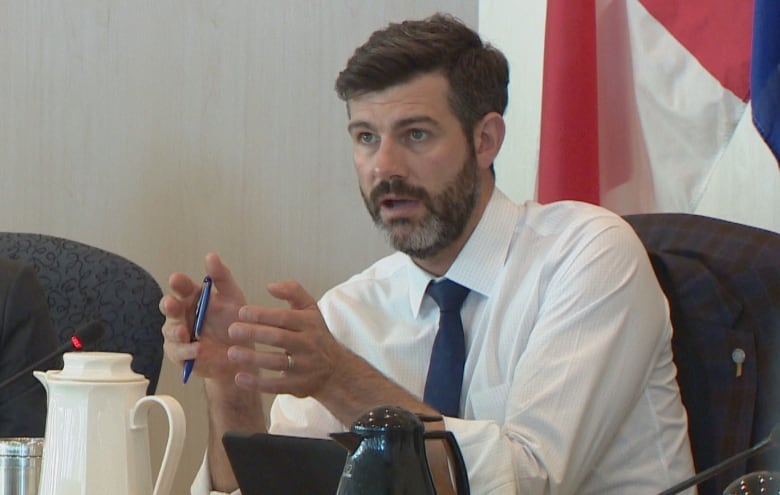 “It’s a very complex, difficult issue,” he told the committee. The fact that the city is still trying to figure it out 10 years later suggests “how complicated and political it is,” he said.

He is worried the policy would treat all communities the same, nothing that the report does not include a cap in neighbourhoods with their share of affordable housing.

“We could be looking at more housing in the inner city.”

Traditionally, affordable housing has been centred in core neighbourhoods like McCauley, Alberta Avenue and Central McDougall, where shelters and social support services are high.

In 2012, the city put a moratorium on new projects in these neighbourhoods but there’s no commitment to extend that.

A big part of the framework will include communicating with the public — getting input and letting people know the projects should incorporate “high-quality design.”

“It would be foolish to just say, ‘No, we’re going to go ahead,’ … and no you don’t need to talk to the community,” Van Boom said. “That’s a nightmare. That hasn’t worked in the past and what is working is, ‘Let’s sit down and figure this out.”

Administration recommends the new policy should take effect on January 1, 2019, after the next 2019-2022 budget is approved this fall.

Discussion on the citywide affordable housing framework continues at a council meeting Aug. 21.