One year after a controversial video that linked an emaciated polar bear to climate change, National Geographic has published an article on what went wrong.

Written by SeaLegacy co-founder Cristina Mittermeier, the article published in National Geographic’s August issue says the conservation organization “lost control of the narrative” surrounding the footage. It also says National Geographic “went too far” with the opening video caption that stated “this is what climate change looks like.”

Perhaps we made a mistake in not telling the full story.– Cristina Mittermeier, SeaLegacy co-founder

The story and corresponding video were picked up internationally, including by the CBC News, in December 2017. It is still the most-viewed video on National Geographic’s website, the article says. On its YouTube channel, the video has more than 1.6 million views.

Mittermeier said while she and SeaLegacy co-founder Paul Nicklen had taken photos and video of the bear on Somerset Island, Nunavut, in August 2017 to “illustrate the urgency of climate change,” it is impossible to know why the bear was sick.

“Perhaps we made a mistake in not telling the full story — that we were looking for a picture that foretold the future and that we didn’t know what had happened to this particular polar bear,” she wrote.

Iqaluit Mayor Madeleine Redfern, who criticized the video when it went viral, says there is still something missing from the latest article — any mention of northerners or Inuit.

Iqaluit Mayor Madeleine Redfern, who was critical of the video, says ‘it’s shocking that Inuit and northerners were excluded.’ (Kieran Oudshoorn/CBC)

“It’s shocking that Inuit and northerners were excluded,” she said.

“It does have a real influence on worldwide views of the health and state of polar bears and it influences policy to the detriment of Inuit.”

Inuit co-exist with polar bears, she said, and the animals are part of their diet, along with seals and whales — something that is particularly important given food insecurity in the North.

That point was echoed by Nunavut polar bear monitor Leo Ikakhik. He was among those who initially weighed-in on the video and, at the time, said he suspected the bear was likely sick, old or injured.

He told CBC News this week that Inuit are aware of the effects of climate change, including that polar bears are changing their eating habits.

“I hope for the best… because they’re really part of our diet,” he said.

“Keep the environment for our water and on the dry land, if you try to keep all that clean they can have healthy food so they can have a healthy life.” 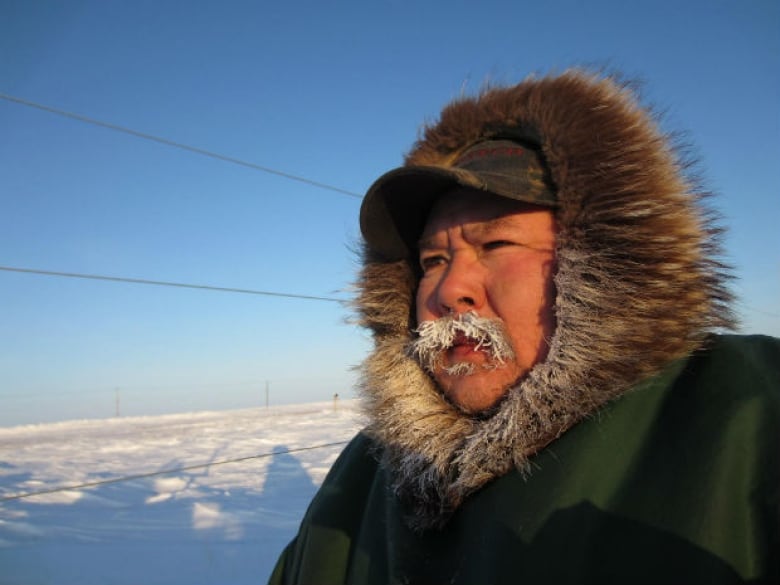 Redfern said the controversy surrounding the polar bear video isn’t just a one-off, and that misinformation or excluding Inuit from stories has real world impacts. This week, for example, she said she received angry emails about a recent bowhead whale hunt near Iqaluit.

She noted that many conservation organizations fail to include Inuit on their boards or in the management of resources.

Moving forward, Redfern said the views of northerners and Inuit should be at the forefront in Arctic policy development and play a strong role in the management of resources.

“I understand the Arctic is important to global citizens but at the same time we need to ensure that Southern voices, or the ‘white saviour complex’ based on misinformation, are not the views that dominate national and international stories,” she said.

“The imbalances and hypocrisies are endless and those must be challenged.”

The Godfather Coda: The Death of Michael Corleone