Terry Lathan, a former public school teacher in Alabama, doesn’t give a hoot about what mainstream U.S. newspapers are reporting these days.

“Definitely not the New York Times,” she scoffs.

So it was no big shocker the Trump supporter missed the extraordinary splash on its front page on Wednesday, the morning after Donald Trump’s former lawyer Michael Cohen implicated the U.S. president in a crime.

Lathan, the 59-year-old chairwoman of the Alabama Republican Party, brushed it off in a phone interview. There was no mention on the front pages of some local papers around Mobile or Montgomery of the story, which details Cohen’s charge that Trump broke campaign finance laws by ordering him to pay hush money to women alleging sexual affairs with the man who became U.S. president.

Nor was there a mention of Tuesday’s other big court decision — the conviction of ex-Trump campaign chairman Paul Manafort for financial crimes — a second case that could also prove politically harmful for the president.

Judging by cable television coverage, it might have seemed the news about guilty former advisors to Trump would be too big to ignore.

“People aren’t talking about this. We’re not interested in that subject,” Lathan said. “It gets very complicated and complex. And if you get too far out in all the details, we turn the channel.”

Did she feel rattled by the amount of legal exposure Trump might face?

“Not one bit,” she said. “I just don’t think the average American is that far out in the weeds on court cases. That’s what the national media’s not getting.” 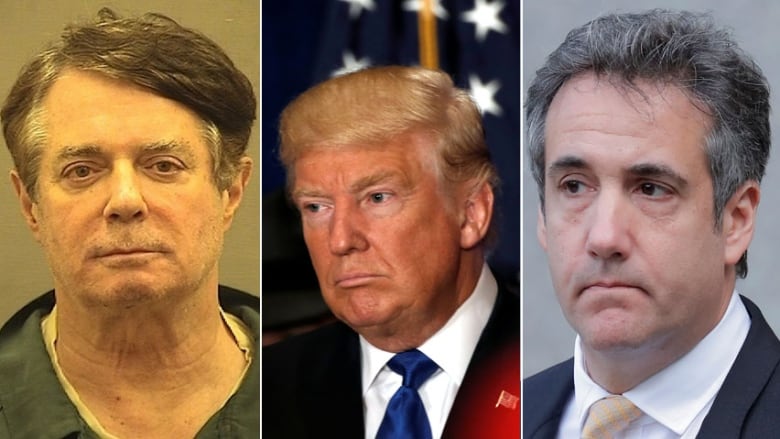 Trump’s presidency has been fraught with scandal from the beginning, yet his approval ratings remain steady at 41.8 per cent, according to FiveThirtyEight, a website that tracks public opinion polls. That’s roughly the same as in the first week of his presidency, when his approval was at 45.5 per cent.

Asked how the Manafort convictions might impact Trump’s base, LaValle gave a two-word reply: “Nobody cares.”

Indeed, hours after the Manafort and Cohen stories broke Tuesday, an elated crowd of Trump supporters joined a rally for the president in Charleston, W.V. Supporters erupted with cries of “Lock her up!” in reference to Hillary Clinton.

Glendon Watts, a 42-year-old small business owner, attended the rally with his son.

“People were excited to see the president,” he said. Almost nobody around him brought up Cohen or Manafort’s legal troubles, or how Cohen’s plea deal or a possible sentencing deal for Manafort might ensnare Trump in further legal or political peril.

“There was a lot of discussion about jobs, about how the tax cut has helped our state,” Watts said. “A lot of folks in West Virginia are feeling the relief of paying less taxes.”

Around his hometown of Huntington, he said he’s seen more “help wanted” signs go up — leading him to believe jobs might be coming back to West Virginia.

Like other Trump supporters, Watts is suspicious of Mueller’s motives in the investigation into Russian meddling in the 2016 election.

He doesn’t believe there’s any collusion between Trump’s team and Russia. He echoes the president’s claim that the Mueller probe, which led to Manafort’s convictions for financial crimes unrelated to collusion, is nothing but “a leftist witch hunt.”

“I believe there’s a movement under the surface whose intent is to remove Trump from office,” Watts said, citing the “Deep State” and “globalists” as forces who want to oust the president.

‘I don’t see how that’s wrong’

In Wilkes-Barre, Pa., financial adviser George Shadie shares Watts’ ideas of shadowy forces actively working to derail Trump’s agenda. To Shadie, the downfalls of Cohen and Manafort are examples of the federal government acting forcefully against the president.

Prosecutors consider those payments from Cohen to be violations of campaign finance laws. Some legal experts believe Trump may have accepted an illegal corporate contribution in the form of the payoffs. (Trump told Fox & Friends in an interview recorded Wednesday that he knew about the payments “later on.”) 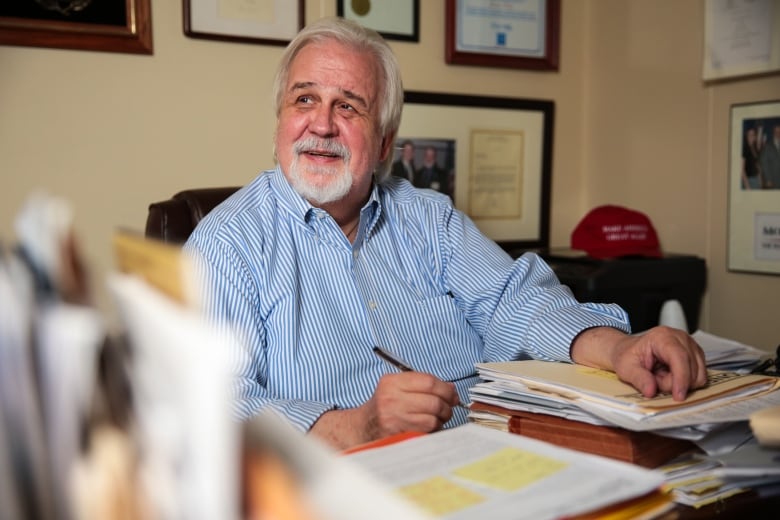 To Shadie, “if the money came from campaign funds, that’s wrong. But if it’s from personal money, I don’t see how that’s wrong.”

Federal elections law experts say part of the problem is that payments from Cohen were outlined in the charging documents as being expressly made “for the principal purpose of influencing the election.”

Some legal scholars warn that if the president directed the violation of campaign laws, that might fall within the impeachable category of “high crimes and misdemeanours.”

If Democrats win control over congress in November elections, they could pursue impeachment if public outrage reaches a certain level — but that might be politically risky and considered undemocratic.

“I just don’t see it happening,” Shadie said. “And what’s a high crime? Using money to pay a person off to keep them silent?”

Jaime Gale, a 38-year-old mother from Avon Lake, Ohio, voted for Trump in 2016 and supports his economic policies.

Her investment portfolio is healthy and she likes how Trump has been dealing with North Korea. But Trump’s latest legal and political woes are giving her pause. She received news notifications for both Manafort’s convictions and Cohen’s plea deal at the same time on Tuesday. 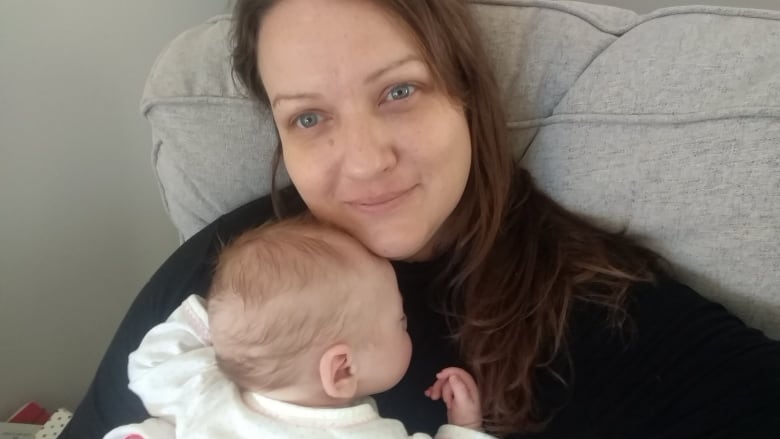 Trump supporter Jaime Gale, a mother in Avon Lake, Ohio, with her eight-month-old baby. Gale, 38, says the president’s most recent legal and political woes have been disconcerting, though she says a possible future attempt by Democrats to impeach the president would be ‘disastrous.’ (Courtesy Jaime Gal)

“I just thought, ‘This is not looking good,'” she said. “I talked to my mom about it all this morning and I was saying I’m not gonna say ‘I voted for the wrong guy’ yet, but I think he might be in some trouble.”

Gale said she began reading up on the Manafort verdict, but got “distracted” by the murder of Mollie Tibbetts, the University of Iowa student whose death has been connected with an alleged undocumented immigrant. The story has morphed into a cause célèbre for anti-immigration conservatives and has played heavily on Fox News.

When she saw reports an undocumented immigrant was arrested, Gale said, “I was like, ‘oh my God that just won the GOP the midterms.’ This girl’s kidnapping and murder is gonna maybe take over all of this news.'”

Fox News host Jason Chaffetz said Tuesday night that while the Manafort and Cohen stories won’t resonate with Trump’s base, “what does touch the hearts…is what happened to Mollie Tibbetts,” in part because of the immigration issue.

Gale heard pundits calling Tuesday the lowest moment of Trump’s presidency due to the Manafort and Cohen convictions. Then she saw his performance at the rally in West Virginia and what appeared to be his cavalier attitude.