Over a period of seven months in 2017, the Hubble Space Telescope photographed a beautiful display of northern lights over Saturn’s north pole.

Here on Earth, people experience the northern lights (southern lights in the southern hemisphere) when fast-moving particles from the sun travel along the solar wind and interact with the planet’s magnetic field.

Auroras, also called the northern lights, are caused by magnetic particles moving down toward the poles and then interacting with molecules of nitrogen and oxygen which transform the sky into bright bands of green, red and violet lights.

Earth is not the only planet to experience this spectacular phenomenon. The giant outer planets — Jupiter, Saturn, Uranus and Neptune — also get northern and southern lights.

Here on Earth, people can look up and appreciate the colourful display, but it’s a little different with planets like Saturn which are mostly made of gas surrounding a small, rocky core. Because these planets contain mostly hydrogen, the displays can only be seen in ultraviolet light. 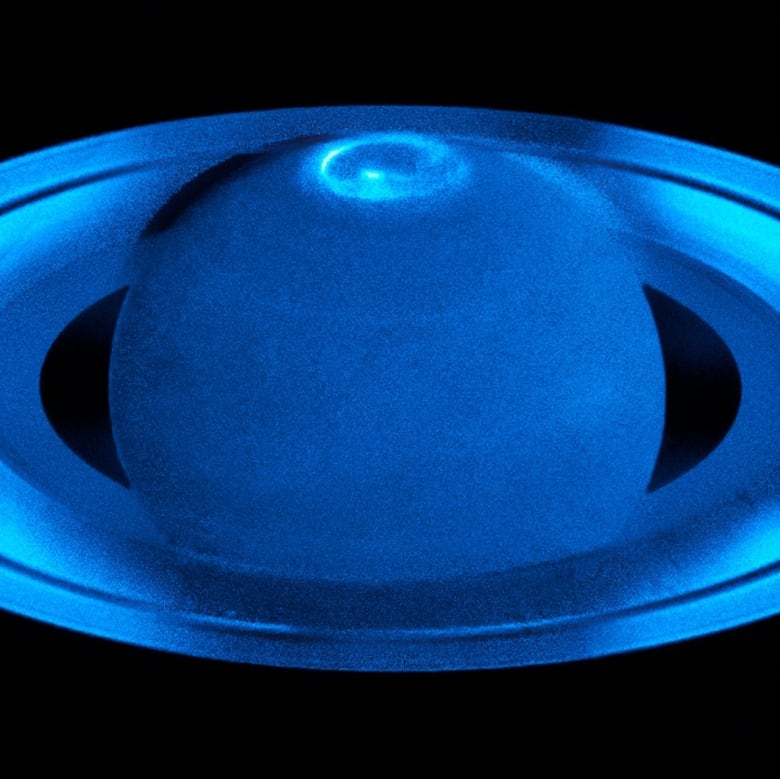 The image, observed with the Space Telescope Imaging Spectrograph in the ultraviolet, shows the auroras surrounding Saturn’s north pole region. The variability of the auroras is influenced by solar winds and the rapid rotation of Saturn. (ESA/Hubble, NASA & L. Lamy Obse)

To capture the northern lights, Hubble used its Space Telescope Imaging Spectrograph over the months before and after Saturn’s northern summer solstice, when the poles are tilted toward the sun.

Though Saturn’s auroras have been photographed before by Hubble, these new images reveal the auroras peaking in brightness around dawn.

This had never been observed before. Scientists believe the phenomenon has something to do with solar winds interacting with the planet’s magnetosphere during the solstice, as well as the speed at which Saturn rotates, roughly once every 11 hours.

While Earth’s auroras stretch upward around 100 to 500 km into the atmosphere, Saturn’s auroras can reach heights of more than 1,200 km.