The Liberal government is reviving long-delayed plans to move into a new embassy building in Moscow, after more than 10 years and $26 million spent on the empty structure.

But the renewed effort comes at a troubled time in Canada-Russia relations, which may further complicate the move. Both sides expelled four of each other’s diplomats earlier this year and there is continued acrimony over Russia’s incursions in Ukraine.

The Conservative government signed a 20-year lease on a low-rise building at 4 Kursovoy Street in March of 2008, expecting to move staff in relatively soon after.

But Russian red tape, layers of city bureaucracy and sour relations with the Kremlin conspired to keep the brick building unoccupied, even as the bill for upkeep mounted.

Spreadsheets from Global Affairs Canada obtained through the Access to Information Act show the Kursovoy address has cost taxpayers $25,895,422 over 10 years, most of that in rent paid to the Russian government.

By comparison, the current embassy, at 23 Starokonyushenny Lane, has cost taxpayers about half that total ($13,223,983) over the same period, including rent, utilities, repairs and maintenance.

Finance Minister Bill Morneau’s fiscal update on Oct. 24, 2017, announced a six-year, $760-million investment in Global Affairs Canada (GAC) to ensure Canada’s “network of people and missions abroad can do their work in safety and security.”

GAC officials confirmed to CBC News that some of that new funding will restart the moribund Moscow embassy project, which was officially put on ice in 2014. The first step in the complex move is to get local permits for renovations and upgrades.

The revived plan is partly a recognition, outlined in a recent evaluation, that the department has a “duty of care” for the personal safety and security of employees at Canada’s missions. The current embassy site is a serious security risk. For example, the building abuts the street and is vulnerable to a potential vehicle attack.

“The relocation of Canada’s embassy in Moscow will provide a permanent solution to the embassy’s need for a secure space that is also cost-effective, flexible, and functional for our current diplomatic and trade relations in Moscow,” said GAC spokesperson John Babcock.

It’s been lived in hard and it’s crowded– Ralph Lysyshyn, former Canadian ambassador to Russia, on the decrepit state of the current embassy building in Moscow

“The government understands this need, and is proceeding with the project to relocate Canada’s embassy in Moscow.”

The embassy employs 41 Canadian citizens, four fewer than in March when the Kremlin declared a quartet of diplomats “persona non grata” and expelled them. 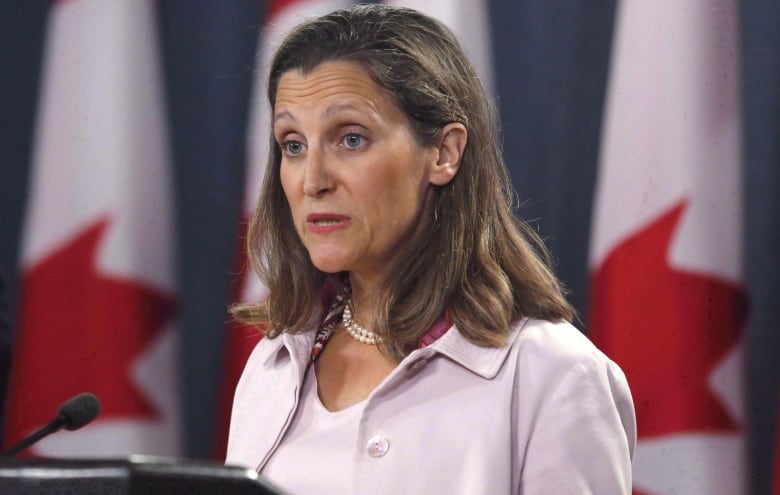 That was in response to Foreign Affairs Minister Chrystia Freeland expelling four Russian diplomats from Canada over the poisoning of a former spy and his daughter with a military-grade nerve gas in England, an attack believed to have been ordered by the Kremlin. Relations have also been fraught over the Russian annexation of the Crimean peninsula from Ukraine in 2014.

There has been relatively little fallout from Russia on social media and elsewhere since Canada’s decision to expel the four diplomats and the Kremlin’s retaliation. There’s no indication yet whether the incident is impacting the embassy move, with its stalled building permits in Moscow.

Canada’s former ambassador to Moscow, Ralph Lysyshyn, doubts the diplomatic tit-for-tat is likely to have a direct impact. “I don’t think that’s going to affect the whole permit thing very much,” he said in an interview.

But Lysyshyn, who signed the 2008 lease for the new building and retired in 2010, says Canada-Russia relations generally will make the process difficult, on top of the notoriously corrupt local bureaucracy that frequently requires bribes.

“The whole relationship right now is not working very well,” he said. 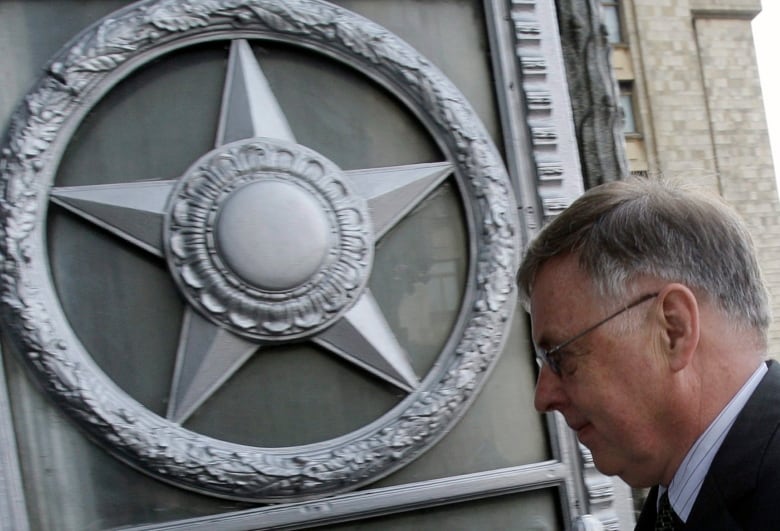 Canadian Ambassador Ralph Lysyshyn enters Russian Foreign Ministry headquarters in Moscow back in 2009. Now retired, Lysyshyn says the relationship between the two countries is strained and may complicate Canada’s move to a new embassy building in Moscow. (Ivan Sekretarev/Associated Press)

The embassy building on Starokonyushenny Lane was built in 1898, and leased by Ottawa beginning in the Second World War. The only updating GAC has done over the last decade is new furniture and carpets. The structure requires major renovations.

“It’s been lived in hard and it’s crowded,” Lysyshyn said.

He said the 20-year lease signed in 2008 for the new building has a renewal clause that would allow the embassy to remain on site beyond 2028. The move had originally been expected by July 2012.