This week’s announcement by U.S. President Donald Trump that he plans to cut Obama-era restrictions on coal-fired power plants is just the latest blow in a blatant presidential war on environmentalism.

As people around the world choke on forest fire smoke during the world’s third-hottest summer on record, a political urge to create more smog is difficult for many to understand.

And while the U.S. president is almost certainly beyond the reach of Canadian persuasion, another recent Trump change in environmental policy, namely to roll back vehicle fuel-efficiency targets, is one issue where Canada could try to bring its influence to bear.

At stake is the CAFE standard, which stands for North America’s Corporate Average Fuel Economy, a set of rules first enacted in the 1970s by the U.S. in an attempt to use less imported oil. Canada followed the U.S.’s lead, and the targets have been updated over the years.

Most analysis shows CAFE has been a startling success. Those gas-guzzling cars of the 1970s that got between 10 and 15 miles to the U.S. gallon have gone for good. U.S. automakers, unafraid that some other company could win by spending less on R&D, became technological leaders.

In the years since the CAFE standard came into being, carmakers met fuel efficiency targets many had declared impossible. And Canadian motorists saved a fortune. Even as fuel costs rose, increasingly efficient engines meant the biggest trucks went farther on less gas.

The Trump administration plans to freeze mileage standards at 2020’s target and scrap the tougher marks the Obama administration had set for 2025 model cars.

Firefighters battle a blaze in Portugal, one of many places around the world, including the U.S. and Canada, where increased fire intensity has been blamed on rising temperatures. (Rafael Marchante/Reuters)

Just as the prime minister was meeting with his cabinet in smoke-shrouded Nanaimo, B.C., this week, his government was asking Canadians to give their opinions by Sept. 18 on whether Canada should once again follow the U.S.’s lead, this time by rolling back standards.

According to research from the International Council on Clean Transportation, that would be a mistake for the industry and for Canadian consumers.

Calling on Canada to “chart its own course,” the ICCT says it will soon release a study using the U.S. Environmental Protection Agency’s own figures that will show the cost to industry of continuing on the CAFE standard’s path to 2025 would be up to 50 per cent less than what was forecast in 2014.

And if those standards are scrapped, consumers will pay the price.

“Over its lifetime, the average 2025 vehicle would provide a return on investment within about 2 years and save the Canadian consumer nearly $4,000 CAD ($3,000 USD) in fuel costs,” the ICCT says.

Although originally not intended as part of the battle against climate change, the CAFE standard has certainly assumed that role. If Canada were to abandon it, we would likely fail to meet our emission-reduction targets in the Paris Agreement. After coal-fired power plants, transportation remains the biggest producer of greenhouse gases.

But according to automotive industry experts, if the U.S. goes holus-bolus in favour of cutting the standard, Canada, with only 10 per cent of the North American automobile market, simply cannot go it alone. 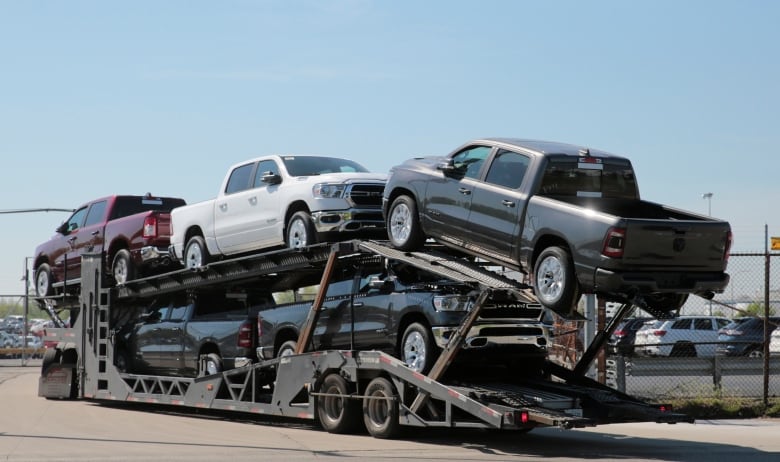 The CAFE standard has forced automakers to make even their biggest vehicles more fuel efficient than they thought possible. (Rebecca Cook/Reuters)

“There isn’t a business case for an automaker to make two different cars, one for the Canadian market and one for the U.S. market,” says Flavio Volpe, president of the Automotive Parts Manufacturers’ Association.

But of course that’s not how the CAFE standard is supposed to work anyway. Requiring an average fleet standard for each manufacturer forces the companies to do research to make their most fuel-efficient cars, such as the GM Bolt, very fuel efficient indeed. Then, after various new devices are proven, the technology gradually disseminates throughout the product line.

It is the requirement of meeting the very challenging 2025 target that keeps the companies’ R&D labs busy. All alone, Canada just isn’t a big enough market to deploy that kind of R&D effort.

As you can imagine, Canada’s Pembina Institute, a think-tank focused on energy and environmental policy, is in favour of maintaining Canada’s commitment to the tougher targets.

“There’s rarely a policy or an opportunity where environmental and economic benefits so clearly align,” says Pembina’s Isabelle Turcotte. She says maintaining the standard will keep Canada and North America competitive against places like China and Europe, where companies continue to pursue greater fuel efficiency.

Turcotte says that while there are many reasons why Canada should stick with its plan, there is no reason it has to go it alone.

It is not clear that the U.S. Environmental Protection Agency can overrule state governments on fuel-efficiency policy. Turcotte says showing Canada’s commitment to CAFE will support California, D.C. and 17 other U.S. states that have vowed to go to court to keep the targets. 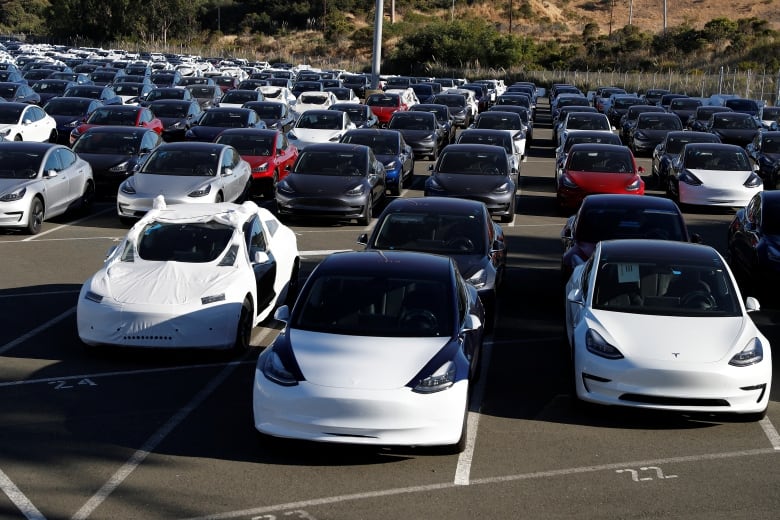 While some Trump supporters reject climate change as a conspiracy led by scientists, as global floods, fires and heat waves increase along with rising carbon levels, it’s possible climate could become an important issue in the coming midterm elections. A court battle would also delay a final decision for months.

Many, including some in the Canadian auto sector, think it prudent to wait until the U.S. has made its decision before making ours. Others, like Turcotte, say now is the time to speak up.

The industry wants one standard, not two. Besides, Trump’s proposed changes won’t affect the standards until 2021, when he could be out of power. The industry wants to know that the regulations won’t change again. For business, even more important than having weaker rules is knowing for certain what the rules will be and that they will apply to all.

“The White House has tried to to represent this issue as being in the interest of the auto industry,” Turcotte says. “But this is not reflected in their position.”