An Alberta man too sick to receive the stem cell transplant he has been waiting for is pleading with people to continue to register as stem cell donors, and potentially save the lives of others.

Bille Nguyen, a 25-year-old Edmontonian diagnosed with an aggressive blood cancer in January, was matched with a stem cell donor — his own sister — but recently discovered he is no longer a good candidate for the procedure.

“However, there are a lot of people out there still who aren’t even at this point,” he said. “They’re just sitting there waiting, every day, for a call that might never come.”

After six rounds of chemotherapy and months of searching, he was supposed to have been well enough to undergo the stem cell transplant from his older sister Susan Nguyen at the end of July.

He was put on drugs to quiet the cancer but they didn’t work. The transplant has now been cancelled indefinitely.

He’s undergoing chemotherapy once again with a treatment that is less harsh but more frequent.

“There are times when you sit there and you’re like, ‘Am I going to make it the next day? Am I going to be around in a few years?’ ” he said. “It’s not a fun feeling and I don’t want anyone to feel that way.”

That’s why he and his family is focusing on progress, one way or another, by continuing to run the stem cell swab events they started when they learned of his illness.

Susan Nguyen was devastated to learn she wouldn’t be able to donate stem cells to her younger brother.

“We were counting the minutes until the transplant and then the week before, we get shot down and back to square one again,” she said. “I feel like we’re even below square one now and it’s just heartbreaking.

“The plan is that he gets chemotherapy until his cancer goes into remission … or changing up the chemotherapy protocol until his body can’t handle it anymore.”

Susan Nguyen was confirmed as a donor match for her brother Bille Nguyen. (Supplied by Susan Nguyen)

Susan Nguyen said her brother’s positivity and focus on helping others is what keeps the family going.

“We want to still continue to raise awareness and use our story, even though it’s a sad one. … It’s a chance, a way to get out there and raise awareness.”

‘We want to increase everyone’s chances’

While Bille Nguyen matched with his sister, the likelihood of siblings matching is only 25 per cent.

With such low odds, the family ran several stem cell swab events to try to recruit potential donors for him. 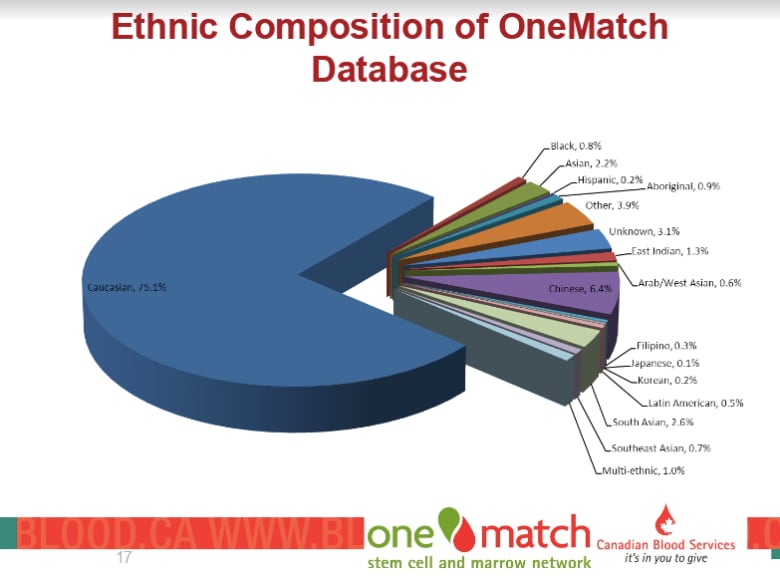 Less than 30 per cent of all registered stem cell donors are of ethnically diverse backgrounds. Of them, only about seven per cent are of Vietnamese or Chinese descent. (Canadian Blood Services)

According to the Canadian Blood Services website, less than 30 per cent of registered stem cell donors come from ethnically diverse backgrounds.

The organization’s One Match database, which tracks stem cell donors and transplants, shows there are other people still waiting for a match.

Susan Nguyen added up the number of people of Asian descent: 181.

The Nguyens are running a drop-in stem-cell event they’re calling United Asia on Saturday in Edmonton at the Foundry Room, 10528 108th St. Those interested in seeing if they match with people on the transplant wait list or want to be added to the pool of potential donors can stop by between 9 a.m. and 6 p.m.

“We want to increase everyone’s chances,” he said.