Most fish harvesters like to keep what they catch, but a fisherman in the Bay of Islands decided it was his patriotic duty to let one particularly impressive catch go.

Reg MacDonald of Summerside caught an unusual lobster in late June — one bigger and older than most he’s seen in his traps over his four decades on the water.

“Some of the claw on it, bottom part of the claw, was eaten right through,” MacDonald said.

“And there were barnacles grown onto it so, no doubt about it, it was quite old.”

Reg MacDonald ultimately released this lobster back into the , but not before fellow Summerside resident Tom Delaney, pictured here, snapped a photo of him holding the giant crustacean. (Submitted)

MacDonald couldn’t be sure exactly how old the lobster was, but he estimated it at around 140 years of age.

His guess was based on the colour of the lobster and the number of barnacles that had attached themselves to its body.

After fishing for 45 years, MacDonald has learned that the darker the colour of the shell, the older the lobster, as it’s an indication that the lobster hasn’t molted in a number of years.

Arnault Le Bris is a research scientist with the Centre for Fisheries Ecosystems Research at the Marine Institute of Memorial University in St. John’s.

He said MacDonald is right that lobsters don’t molt as often as they age, maybe only every four to six years instead of every year, as they focus instead on reproduction.

Le Bris said MacDonald may be somewhat overestimating the lobster’s age, but there’s no doubt that the large crustacean has been around for decades.

Le Bris told the Corner Brook Morning Show that, from the photos he’s seen, he thinks the lobster is at least 75 years of age, possibly as old as 125.

“The dark color and the barnacles are an indication of a very old lobster,” said Le Bris.

And, interestingly enough, Le Bris said there’s no precise way to say for sure.

“In comparison to fish or shark or marine animal, we cannot age lobster because lobsters shed. They do not keep any outer structure on their body that we can use to age the individual.”

Clawing its way back

Aside from puzzling about the age of his clawed wonder, MacDonald was left with the dilemma of what to do with it.

He admits using the lobster meat for food was an option he considered.

“I was going to bottle it, when I had a few to bottle,” he said. But every time he had his mind set on the lobster’s fate, he couldn’t go through with it.

“I said, it’s almost a sin to cook it, it’s been around this long.” 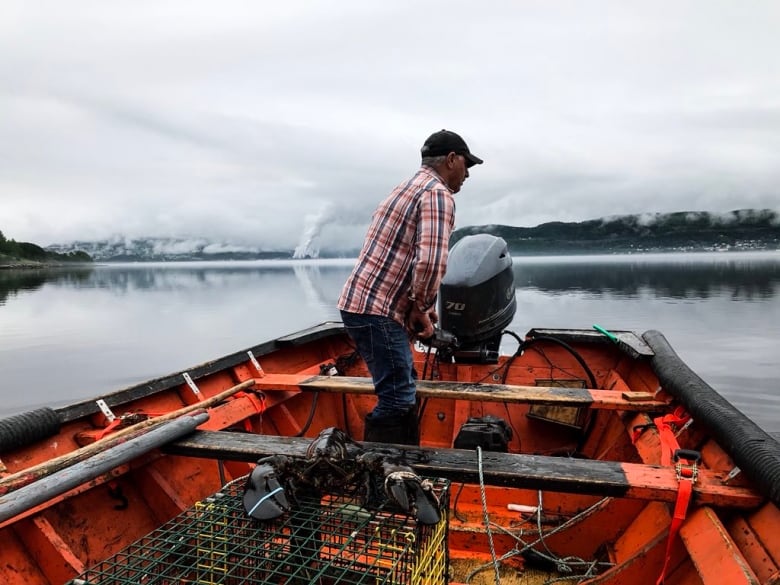 Reg MacDonald heads out on the water on Canada Day to release the old lobster he’d caught just days before. (Submitted by April MacDonald)

In the end, no payment was needed. MacDonald’s granddaughter, Emma, encouraged him to release the lobster, so he came up with the idea to let it go on the 1st of July.

Keep the old folks around

MacDonald may not have been thinking about conservation when he threw the lobster back, but Le Bris said the fish harvester likely did a favour for lobster stocks in the Bay of Islands. 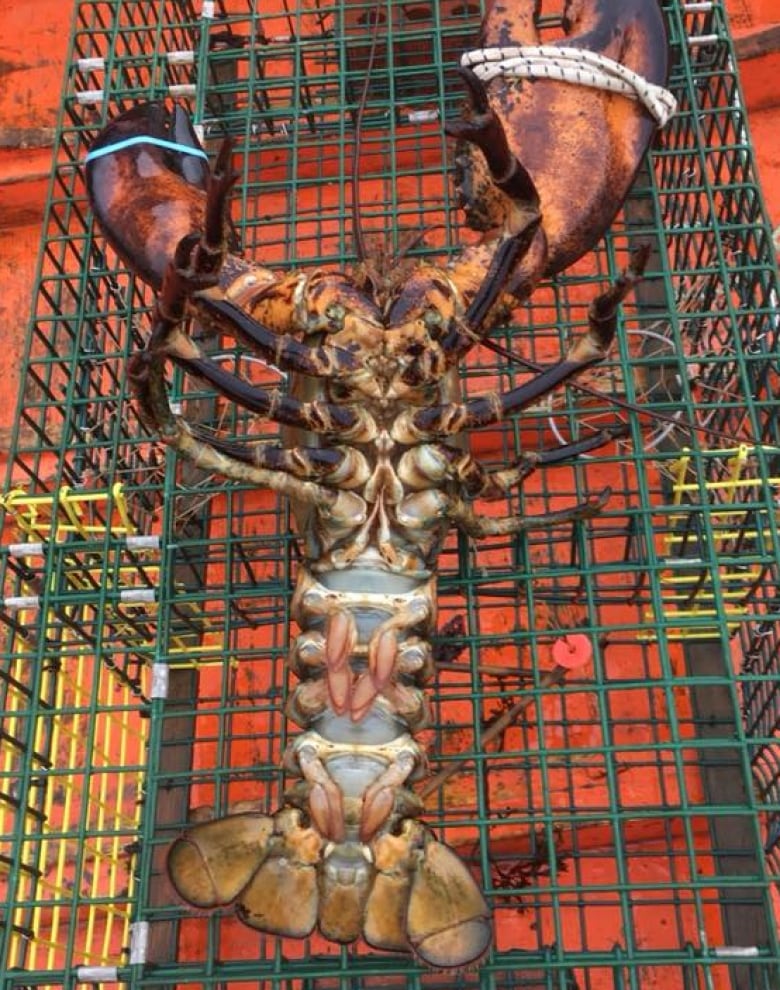 This is the old lobster caught by Reg MacDonald in late June. It’s estimated to be at least 75 years old. (Submitted)

Le Bris said research shows that older and bigger lobster are more important for the population.

“Keeping some of the big lobster, it can be really a big payoff in the future in terms of fishery productivity.”

MacDonald said his recent catch is just one of many unusual finds over his years of fishing.

He said he’s caught lobster in just about every possible colour, including orange, spotted, and even one with a purplish-blue cast to its shell.

It’s almost a sin to cook it.– Reg MacDonald

But he doubts he’ll catch a lobster this old again, because he figures the aged crustacean isn’t as active as it used to be.

“Those bigger lobsters don’t seem to have as much get up and on the go in the morning as the younger ones — something like myself right now,” he said with a laugh.