An Edmonton woman is still trying to make sense of how her dog ran away from a grooming appointment last week.

After dropping the papillon mix off at 10 that morning, McNaughton was surprised to get a call from the groomers about 90 minutes later.

“They had bad news, apparently Lola had gotten out,” McNaughton said Monday.

“They told me that someone had come in to the shop and had gone in the back, and that’s when she must have gotten out.”

Over the the next couple of days, McNaughton said the story of how Lola escaped changed multiple times.

“Immediately I was told that (the groomer) had just put the dog down for a moment in between cutting her and putting her in the bath. Then the next day I was told that they actually didn’t even notice she was missing for a while,” she said.

McNaughton said she finally learned the groomers didn’t call her about Lola’s disappearance until about 30 minutes after they realized she was gone.

“I’m devastated. She’s my dog. I got her right after my mom passed away and I haven’t been without her since,” she said.

Samantha McNaughton says Petlane Grooming is in the basement of a business block at 12708 119 st. (Google Maps)

McNaughton said the grooming office is in the basement of a small business block. When she arrived that morning, she walked through an open door leading from the street down a flight of about 20 stairs. At the bottom, through another door, is where Petlane grooming is located.

CBC News was able to get in touch with a man named Ken McClinton who said he’s the owner of Petlane.
He declined to comment, but in a message said “we are conducting an investigation in this matter.” 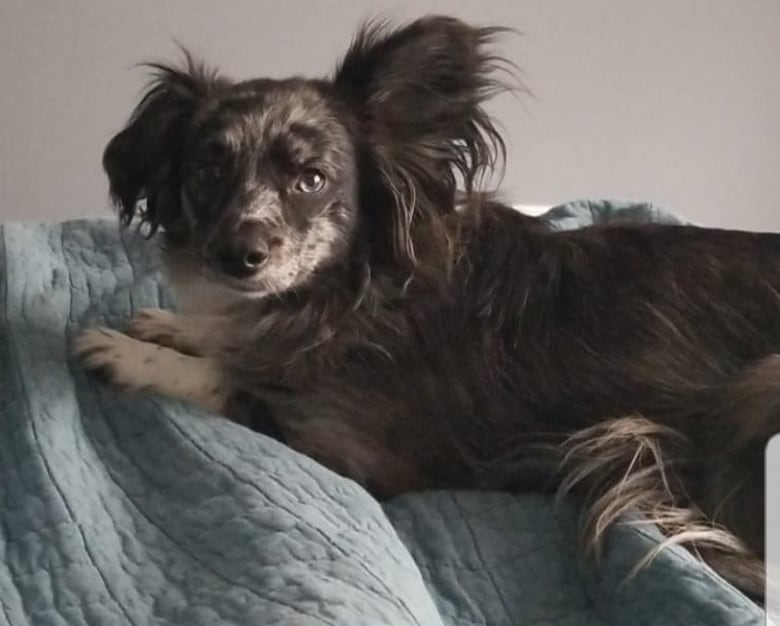 Lola has been missing since June 28 when she escaped during an appointment at Petlane Groomers at 12708 119 st. (Samanthan McNuaughton / Facebook)

No sightings in a few days

Lola was spotted at the CN rail yard along Yellowhead Trail near 124 st. the morning she went missing. Another sighting came as far away as 66 st.

McNaughton has been searching each day for Lola, but hasn’t been able to find her.

“No sightings in a few days is pretty devastating,” she said. “Lola’s very timid. I wonder if she’s just hiding somewhere.”

Lola has no microchip or tattoo, and she wasn’t wearing a collar when she escaped.

McNaughton is offering a $500 reward for Lola’s safe return.