We often hear stories of dogs bringing comfort to humans. But how far will they go to help their owners? A new study in the journal Learning & Behaviour suggests pretty far.

The study found that dogs with strong bonds to their owners will rush to help if they sense their owner is in distress.

“We’ve known that dogs respond to human crying,” said Julia Meyers-Manor, assistant professor of psychology at Ripon College in Wisconsin and co-author of the study. “But we wanted to go one step further to see if they’d take an action to do something about the crying.”

The idea for the study came about after Meyers-Manor’s children buried her in a mountain of pillows. She playfully called out to her husband for help, but her collie, Athos, came running to dig her out instead.

The idea for the study came after Meyers-Manor’s children buried her in a mountain of pillows. She playfully called out to her husband for help but her collie, Athos, came running to dig her out instead. (Mike Manor)

To see if other dogs would be as loyal as Athos, the researchers conducted a small study involving 34 dogs of various breeds and sizes — including retrievers, pugs and spaniels — along with their owners.

One at a time, owners were placed in a small room behind a clear door held shut by magnets. Dogs were placed in an adjacent room where they could see and hear their owners who were instructed to cry or — in the case of the control group — hum.

“We think this tells us the dogs were recognizing distress [in their owners] and moving more quickly to try and do something about it,” said Meyers-Manor.

The researchers used heart rate monitors and observed the dogs’ stress behaviour — including panting, vocalizing and scratching themselves — to measure their stress levels throughout the experiment.

Emily Sanford, a graduate student in the psychological and brain sciences department at John Hopkins University and co-author of the study, said dogs who broke through the door to help their crying owners showed less stress than dogs who sat by and did nothing.

Sanford suggests it could be that the dogs who didn’t open the door were so stressed by their owners’ distress they became incapacitated and too overwhelmed to help. 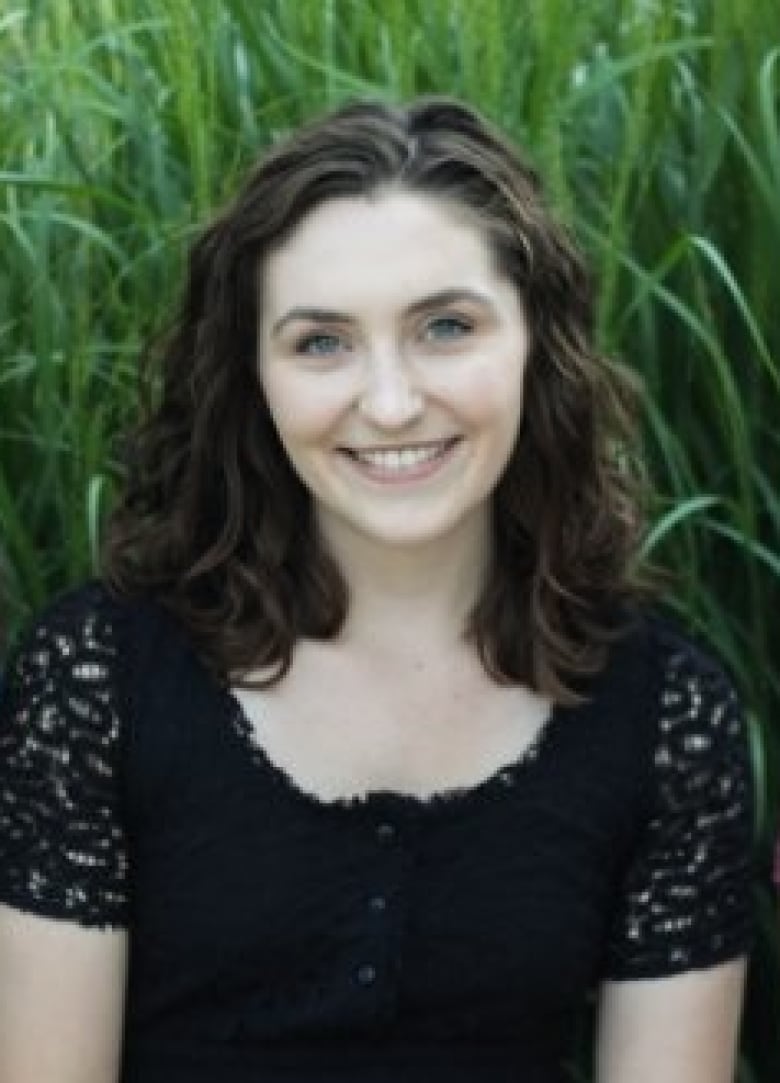 Researcher Emily Sanford said dogs who opened the door to help their crying owners showed less stress than dogs who sat by and did nothing. (Lilian Vo)

“There’s a sweet spot in the middle of the optimal amount of stress where you’re motivated [to help] but not overwhelmed,” said Sanford. “The dogs who were able to regulate their own internal emotions … were able to open the door.”

Sanford said this finding is consistent with previous research that found children with better emotional regulation capacities were more able to provide help to other children and more likely to show empathy toward them.

Strong bonds to their owners

To test whether dogs’ willingness to help their owners was affected by the strength of their bonds, the researchers looked to see what dogs would do when they needed help of their own.

One at a time, dogs were placed in a room with a stranger and their owner, and provided with a sealed jar containing a single treat.

The study found that dogs who opened the door for their crying owners in the first part of the experiment, spent more time gazing at their owners when they realized they couldn’t access the treat, than dogs in the control group.

The findings suggest that these dogs were more closely bonded with their owners and more in tune with their emotional state, said Sanford.

Past research suggests that dogs with close relationships to their owners will spend more time staring at them than at a stranger when confronted with a task.

A good place to start

Dr. Miranda Logan, a veterinarian at Foothills Animal Hospital in Okotoks, Alta., and an instructor of animal behaviour at the University of Calgary, said the study is a good starting point for future research. But she has a few concerns.

She said dogs can sense how humans are feeling and may be able to tell the difference between a human in emotional pain and a human who’s faking it.

“With my own dog — I have an 11-year-old lab — he will act differently to the types of crying I do,” said Logan. “So some of the drawbacks with the study are … is it a real cry and how are you actually feeling when you cry?” 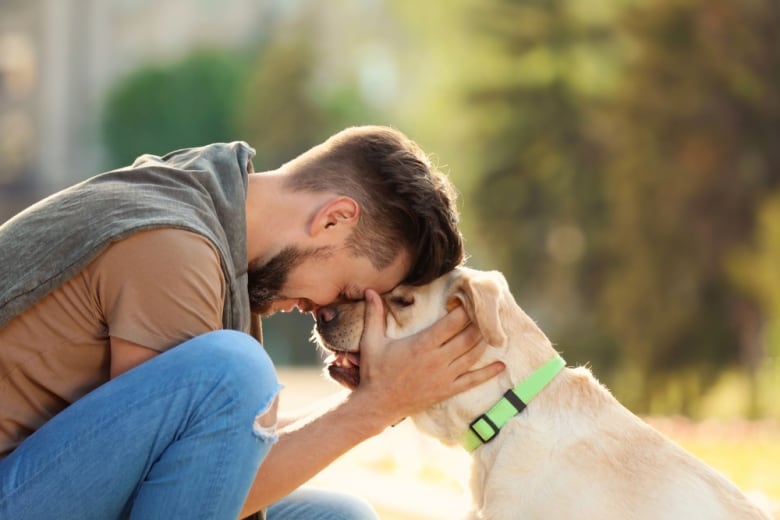 Animal behaviour experts say dogs can sense how humans are feeling and may be able to tell the difference between emotional pain and fake crying. (New Africa/Shutterstock )

Logan also worries about the size of the study and the time devoted to evaluating the dogs’ behaviour. She said she wishes the research included more dogs and devoted more time to repetition to help verify the findings.

Dr. Scott Bainbridge, a veterinarian at Dundas West Animal Hospital in Toronto, who has a background in animal behaviour, said it’s a “neat” study, but he too has reservations.

Bainbridge said that while he believes dogs evaluate humans’ emotional state, he’s concerned about such a complex relationship being simplified so easily.

He warns that readers should take the findings with a grain of salt.

Sanford said she’s happy with their work but notes the issue is still unresolved.

“This research is exciting, but it’s certainly the first step looking at canines helping humans.”