Whether sitting around the campfire, hiking the trails, swimming at the lake, or playing slo-pitch, the little mosquito is easily the most dependable — and irritating — aspect of summer.

They may all look the same when swatting them away, but they are an incredibly varied insect — latest research shows there are a whopping 39 species present in the Northwest Territories.

CBC News called up entomologist Taz Stuart to learn a little bit more about the most universally annoying bug.

A female mosquito will spend her life taking blood, laying eggs, resting, then doing it all again for the duration of their two-to-four-week lifespan. (CBC graphic)

For one, they’re picky eaters. If they’re buzzing around your ears and leaving bites, they’re female. Males don’t bite. Females need blood to create eggs — nectar is actually their food source — but they don’t want just any blood.

“They’ll come in and do a test landing,” said Stuart.

“If it’s something that they like, they’ll probe with the proboscis — or their nose — and then try for a blood meal

“You can have one person one mosquito will like and the next person right beside them, who has been running around throwing off all the CO2 and full of vim and vigour — that mosquito won’t be attracted to them.”

Mosquitoes also love some good R&R — after they’ve gotten their blood and laid their eggs, a mosquito will take a few days off before doing it all again. They repeat the process for the duration of their entire two-to-four-week lifespan.

Don’t like the wet weather? Smoky day got you down? You’re not the only one bummed out by lousy weather.

“If it’s hot, they rest in cool, dark places during the day. If it’s windy, they bunker down in hiding spots like eaves, under decks and other hiding spots. If it’s smoky, they find areas that are not to rest until it clears.”

Mosquitoes can be deadly

The risk changes depending where in the world you are, but West Nile is travelling northward —  it was found for the first time this season in the Winnipeg area. 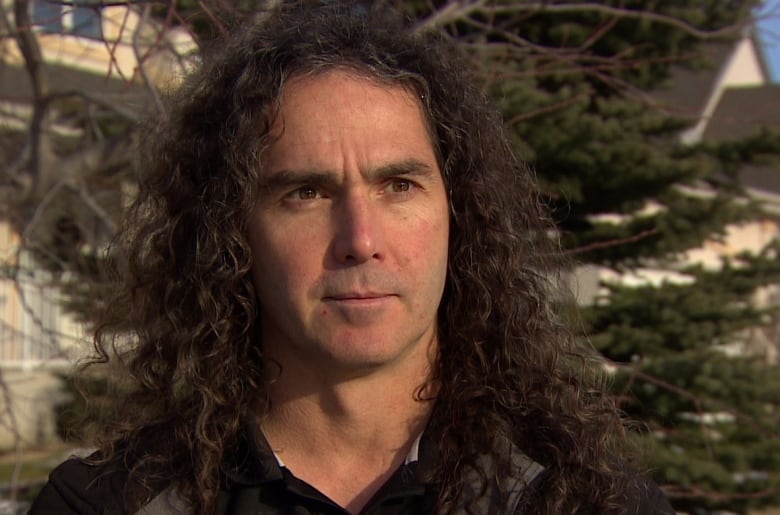 Taz Stuart is contracted by the N.W.T. government to test mosquitoes for viruses such as West Nile. He says he’s never seen a mosquito carrying the virus in his 16 years doing work in the N.W.T. (CBC)

“You do have the species that can transmit the virus [in the N.W.T.],” said Stuart. “But there have not been any positive mosquito pools found to date over the past 16 years.”

But that’s not the only way they can kill.

Imagine the size of an international rugby field — that’s about the size of a single hectare — millions of mosquitoes can be found in this relatively tiny area.

“I’ve seen animals up there covered head to toe with mosquitoes, pretty much getting fed on all day and all night,” said Stuart.

“And they get emaciated, meaning that they die from the stress of getting fed on so much. That happens in really bad years.”

Not everybody gets those awful, itchy bites

Some people get pimple-like bites on the webbing between their toes. Others might end up with big welts behind their knees. But there is a rare group of people to be jealous of — the type who sees no effect from mosquito bites.

Stuart says around five to 10 per cent of the North American population is this lucky.

“Their body doesn’t have the immune response — the [histamine] response,” he said.

There’s more than one way to deter them

Of course, there’s always the option to stay inside — all summer.

“You don’t want to be outside when mosquitoes are most active and that’s usually between the dusk time period and the dawn time period,” said Stuart.

“Of course, this time of year you guys are almost constantly like that,” he said of the North’s near 24-hour daylight.

The Northwest Territories is known for its diverse ecosystem and mosquitoes play a pivotal role in keeping that system in balance.

“Yes they do have a purpose in the ecological cycle,” said Stuart.