In response to U.S. tariffs on steel and aluminum, Canada is poised to fight back with its own dollar-for-dollar tariffs set to come into effect on July 1.

Steel and aluminum are on the list of products targeted for Canadian counter-tariffs totalling $16.6 billion. So are things like pickles, beer kegs and chocolate.

On top of that, there’s also the looming threat from U.S. President Donald Trump of 25 per cent tariffs on vehicles, though no formal action has been taken to impose those tariffs yet.

The Canadian government asked for suggestions from the public when crafting the counter-tariff list — but with such a broad range of products it can be difficult to understand the full impact on Canadian consumers.

Here’s a look at how the tariffs will work and their possible impact, in the words of experts who spoke to parliamentarians and CBC News.

What do the tariffs mean at ground level? Take pickles, for example.

“That means on the pickles, when that one-dollar jar of pickles comes into Canada, then that 10 cents is assessed at the border. It’s paid by the importer and that price is usually passed on to the consumer.”

The list of items to be hit with tariffs may look random. It’s not. It targets specific regions of the U.S. that are politically important to Trump and to key Republicans.

“This list was clearly drawn strategically to exert maximum pain politically for the president,” Maryscott Greenwood of the Canadian American Business Council told CBC News ahead of the U.S. tariffs coming into force.

“The idea is, you look at a map of the congressional districts of the United States, you look at which members of Congress are in leadership positions and then you look at the big industries in those districts. And then you draw up your list accordingly.”

Where does that tariff money end up?

“It goes directly into the federal treasury,” Dawson said. “So it’s technically a source of government revenue … Since we’ve gone into a WTO system and the various trade agreements, we have reduced the tariffs that are in play.

“In fact, between the United States and Canada, almost everything is tariff-free — everything except dairy and poultry products.”

What about Canadian steel and aluminum tariffs? How will those work at the border?

“It gets applied at the border, so as soon as whoever is landing that product [arrives] there’s paperwork that you need to fill out. And at that time, you pay (the Canada Border Services Agency) the fees and tariffs that are owing … before you are cleared to land that product in Canada,” Dawson said.

Steel often crosses the border several times before it becomes a final product. How many times does the Canadian tariff get applied?

“Every time it goes across the border, the tariff gets applied. Sometimes there’s things called drawbacks and remissions, so that if you’re processing a product in Canada and then sending it back to the United States, you can apply for a rebate,” Dawson said.

In cars, for example, many parts are shipped back and forth between the two countries before a final vehicle is assembled and ready for sale. 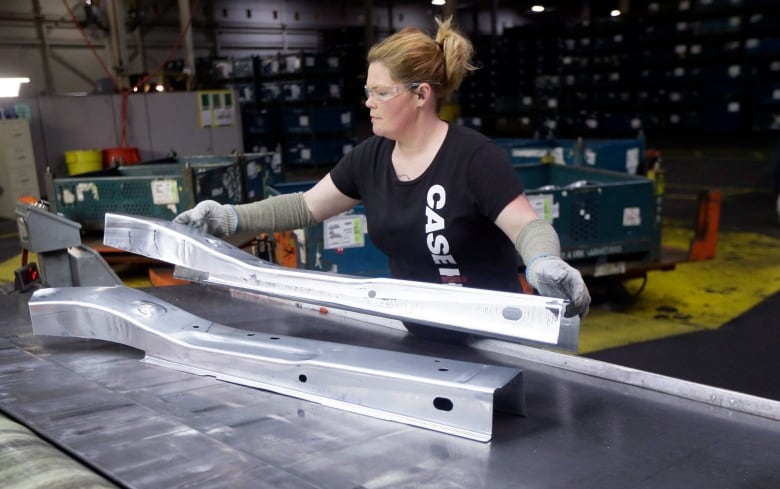 Imposing tariffs could make products more expensive for Canadians, as manufacturers unable to swallow the expense themselves pass along that increased cost to consumers.

Expert witnesses appeared before the Parliamentary international trade committee this week to support the government’s move to impose counter-tariffs — and also to warn of the destruction that could follow if the U.S. tariffs remain in place for long.

“We support the countermeasures announced by the federal government and believe that they must be comprehensive and immediate,” Ken Neumann, the United Steelworkers union’s Canadian director, told the committee.

“If you don’t poke the bear, he’s going to eat your lunch.”

Joseph Galimberti of the Canadian Steel Producers Association agreed with Neumann. Both men warned of the catastrophic impacts on Canada’s steel manufacturers that could result from American tariffs down the road.

How will the metal tariffs affect consumers?

“It will definitely mean a cost increase. It means that that product will be more expensive,” Dawson said.

“I think the government has chosen to find things that there are Canadian domestically-produced alternatives to, so that you’re not going to be immediately penalized. You can find some other mustard to buy, for example.

“But on things like steel and aluminum, you as a manufacturer in Canada are going to have a really hard time going out and finding another source of that product. It’s going to be costly.”

What about Donald Trump’s threat to introduce auto tariffs?

Though the auto tariffs are just a threat right now, the Canadian auto industry is already bracing for a crash.

“A 25 per cent tariff on cars and parts would cause what we like to call ‘Carmageddon,”‘ Flavio Volpe of the Auto Parts Manufacturer’s Association told the Parliamentary committee.

“The industry operates on single-digit margins and it would grind to an immediate halt with a 25 per cent increase in price. A $32,000 car — that’s an average price here — would immediately be unsalable at $40,000.”

Around 80 per cent of cars made in Canada are exported, with most of them flowing across the southern border.

Canada’s vehicle manufacturing industry employs about 125,000 people, according to Statistics Canada. About 70 per cent of those jobs are in automotive parts manufacturing.

Listen to the full interview with Laura Dawson on CBC Radio’s The House on Saturday morning at 9 a.m. on CBC Radio One.