June Empress-Mosher lived in her own suite for 12 years at Canora Gardens seniors’ home before a fire forced her and 97 other residents out of the building in July 2012.

She was returning from a barbecue at a friend’s place and wasn’t inside the building.

“I could smell smoke coming from somewhere, and I went around the building and it was on fire.”

A 79-year-old tenant died that day.

“It was a terrible day,” Empress-Mosher said. “But we got through it.”

Empress-Mosher was among the first 13 tenants to move back into the renovated building at 101st Avenue and 151st Street.

Raymond Swonek, CEO of Greater Edmonton Foundation Seniors Housing, was at a ribbon-cutting ceremony Monday for the official reopening. He said he was pleased that many former tenants have decided to return.

“It’s totally rebuilt to today’s code with a sprinkler system, an alarm system,” he said. “Everything is up to today’s standard and rooms have been reconfigured to make them more senior friendly.”

Raymond Swonek, CEO of the Greater Edmonton Foundation, stands next to June Empress-Mosher to help reopen the Canora Gardens.

“This was obviously a lot more extensive than anybody anticipated,” he said.

The 2012 fire started in a second-floor suite after a cardboard box was put on a stove top, Swonek said.

Two suites were destroyed. At first, Swonek said, the other rooms seemed in fair condition but further inspection found smoke and water damage throughout the walls up to the fifth floor.

The renovated centre, built in 1977, did not have a sprinkler system when it caught fire six years ago, Swonek said.

“It was the old-style alarm system just in the hallway, that was it,” he said. 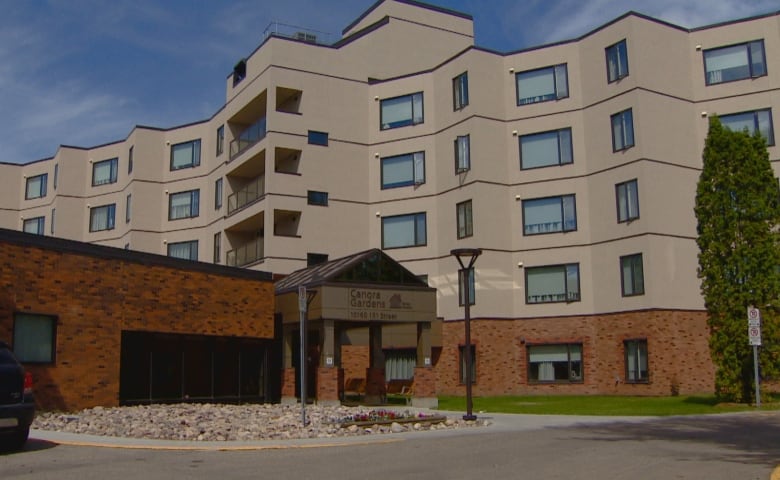 It cost $15.4 million to renovate Canora Gardens seniors’ centre after a fire in 2012. (Scott Neufeld/CBC)

Alberta Health Minister Sarah Hoffman attended Monday’s ceremony and said the government has invested $1.2 billion in seniors and affordable housing in the past three years.

“We made it a priority to invest in those sprinkler systems,” Hoffman said.

She said some building operators have asked to defer that upgrade.

After the fire, Swonek said tenants were relocated to temporary accommodations and it took weeks to find placements in other GEF-run buildings or with other organizations.

He said he doesn’t know where all former tenants are now, just the ones who have stayed with GEF-run facilities.

“After six years with people that are in their 70s, 80s, 90s, life happens,” he said. “They could be living anywhere else, they could be in long-term care, they may have passed away.”

Empress-Mosher, now 77, lived with her children in Saskatchewan for a year before she moved back to Edmonton to live at Britannia Gardens at 102nd Avenue and 157th Street.

She decided to move back into a renovated suite on the fifth floor of Canora Gardens. 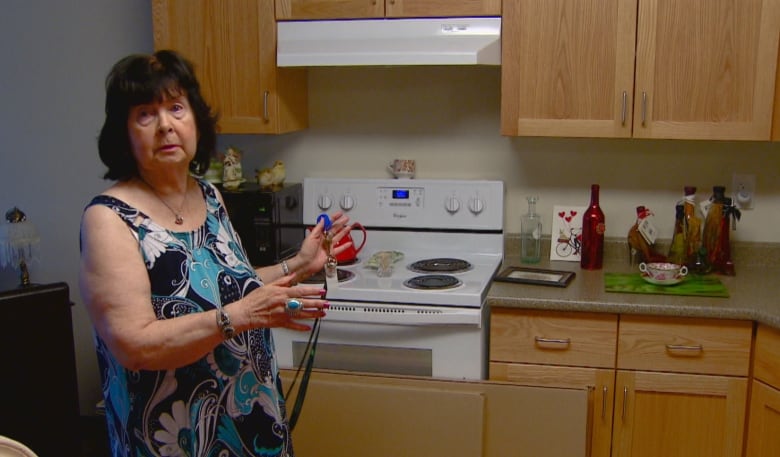 June Empress-Mosher is one of 13 tenants who have moved back into the Canora Gardens seniors’ home. (Scott Neufeld/CBC)

“At first, I didn’t want to move back,” she said. “But now I feel safe. I wouldn’t move anywhere else now, and the staff here is so good to us.”

The renovated Canora Gardens has a library, a gazebo area and a garden, and offers activities such as billiards, darts and shuffleboard.

Seniors at the facility typically pay 30 per cent of their income, about $500 to $550 a month, with the government subsidizing the rest.