The Rabbit Creek wildfire at Prince Albert National Park in Saskatchewan is growing despite the efforts of Parks Canada.

The fire is now 24,000 hectares in size, with some spotting on provincial lands outside of the park boundaries.

As a precautionary measure, the Sandy Lake and Narrows campgrounds are under 24-hour evacuation alert.

According to a spokesperson from Parks Canada, all available resources have been deployed to this incident. Crews from the province of Saskatchewan, Little Red River Cree Nation, the province of Alberta, and the province of Ontario are also fighting the fire.

Dry conditions and warm weather are contributing to increased fire activity and significant smoke in the area.

Due to the increased smoke in the vicinity of the fire and to ensure public safety, the area closure includes boating on Sandy Lake, the use of trails around Sandy Lake, and the area north of Sturgeon Crossing Warden Station to the Lofthouse Trail.

All backcountry trails and campgrounds at the national park are closed starting Monday at 11 p.m. A fire ban is in effect for Prince Albert National Park due to extreme fire hazard.

As of midnight, Highway 263 from Narrows Road South, including all trails and campsites in the area, will be closed. Visitors are asked to use Highway 264, via Highway 2, to access the park and the Town of Waskesiu Lake.

All areas west of the Highway 263 turnoff including Narrows Road, will also be closed.

There are currently no impacts on the townsite of Waskesiu with the exception of smoke. All services in Waskesiu remain open. 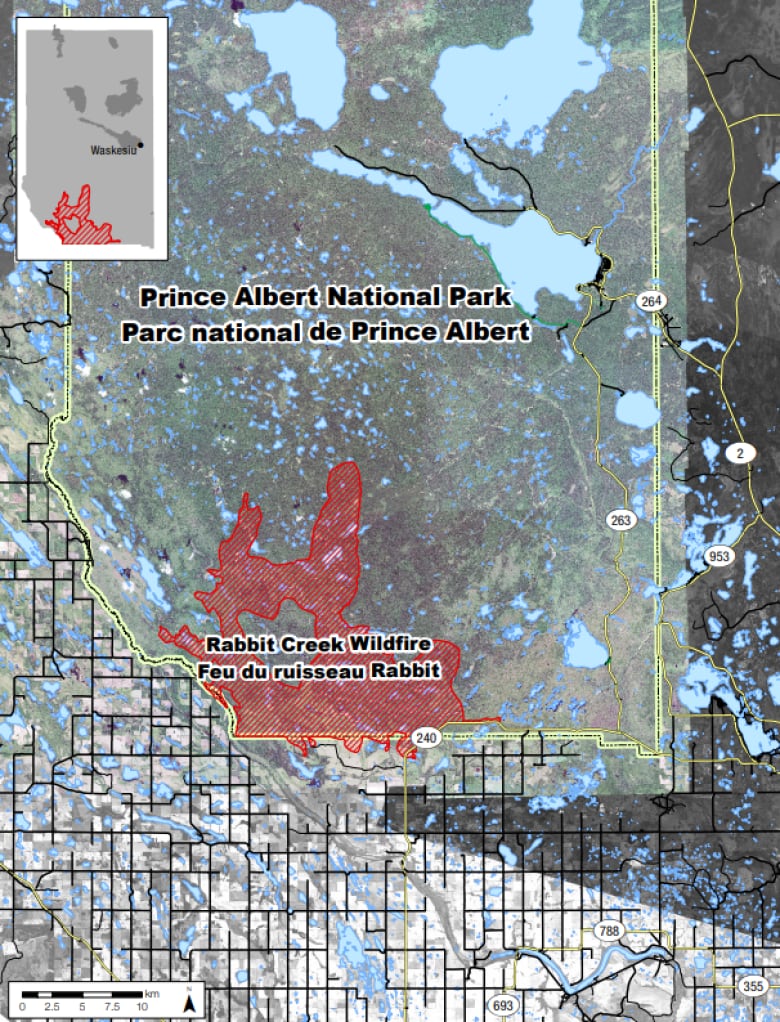 An updated map of the Rabbit Creek Wildfire. (Parks Canada)

Boating on Sandy Lake and the use of trails surrounding the lake is not permitted at this time.

The Sandy Lake and Narrows campgrounds are under a precautionary 24-hour evacuation alert.

The national park is located about 80 km northwest of Prince Albert.

AFI Fest 2020 Closes Out a Season of Reimagined Online…