The Assembly of First Nations is expected to begin discussions on proposed changes to the Fisheries Act on Wednesday, the second day of its Special Chiefs Assembly on federal legislation in Gatineau, Que.

Some Atlantic region First Nations communities wonder if the proposed changes will help to answer the long unresolved question of what it means to fish for “a moderate livelihood?”

Resolutions drafted by the chiefs of two nations in B.C. and Ontario call for the AFN to urge Canada to “properly fund” work that relates to regulation and policy development on the Fisheries Act. The chiefs weren’t available to comment on whether or not the livelihood issue would be addressed.

“I just want to make a modest living under my treaty right. It’s pretty simple.”

Caplin said he started taking a closer look at the moderate livelihood issue after having his lobster gear seized three times by DFO officers. (Submitted by Cody Caplin)

A 1999 Supreme Court decision in the case of Donald Marshall Jr., an eel fisherman from Membertou First Nation in Nova Scotia, affirmed that First Nations people on the East Coast had a right to hunt, gather and fish to earn “a moderate livelihood,” but didn’t clarify what the phrase meant.

The ruling judge added in a further decision that it wasn’t to be an open-ended accumulation of wealth, but the modern equivalent of trading for necessities to survive.

Caplin, in his third year of his own lobster fishing operation, said he thinks those necessities should equate to $40,000 to $50,000 a year.

“I have three kids. All I want is enough to get my family through the winter. I’m not here to make trouble. I’m not greedy.”

Caplin said he started taking a closer look at the moderate livelihood issue after having his lobster gear seized three times by DFO officers.

He applied for permission to fish under his band’s communal fishing licence program, which came about not long after the Marshall decision in 1999, but was rejected. He said it’s still not clear why. 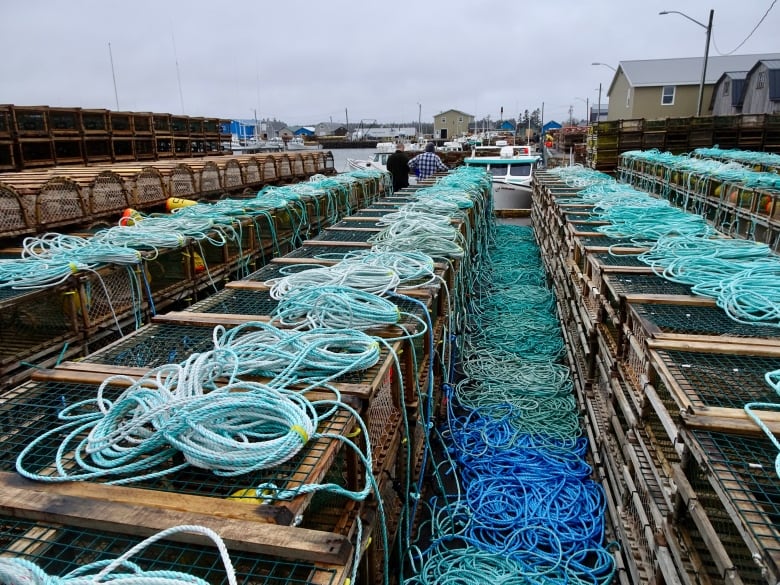 Caplin said his commitment to his family and his employment situation didn’t leave him much choice — he bought a few thousand dollars worth of used gear and a boat and dropped 100 lobster traps anyway. It was the day after the official lobster season ended.

After hauling up the traps, DFO seized his gear and charged Caplin with fishing out of season. The charges were eventually dropped, but his gear was sold at an auction later that year.

The same situation has played out multiple times, Caplin said, but he’s still planning on dropping 75 lobster traps during the 2018 season, which is set to begin any day now. He said he plans to keep fishing, no matter if Canada reconciles “a moderate livelihood.”

Next week, Mi’kmaw Hubert Francis of Elsipogtog First Nation in New Brunswick is due back in Supreme Court as part of his own quest to figure out the fishing rights issue.

Francis launched a lawsuit last winter over three sets of DFO charges from 2015 that included fishing without a licence and being in possession of illegal shrimp. The lawsuit aims to clarify the language in the Marshall decision.

His case still ongoing, Francis said for him the matter is no longer just about fishing.

“It’s everything. It’s about how the government is using the Indian Act and giving [AFN] the authority to sign our rights away,” he said. 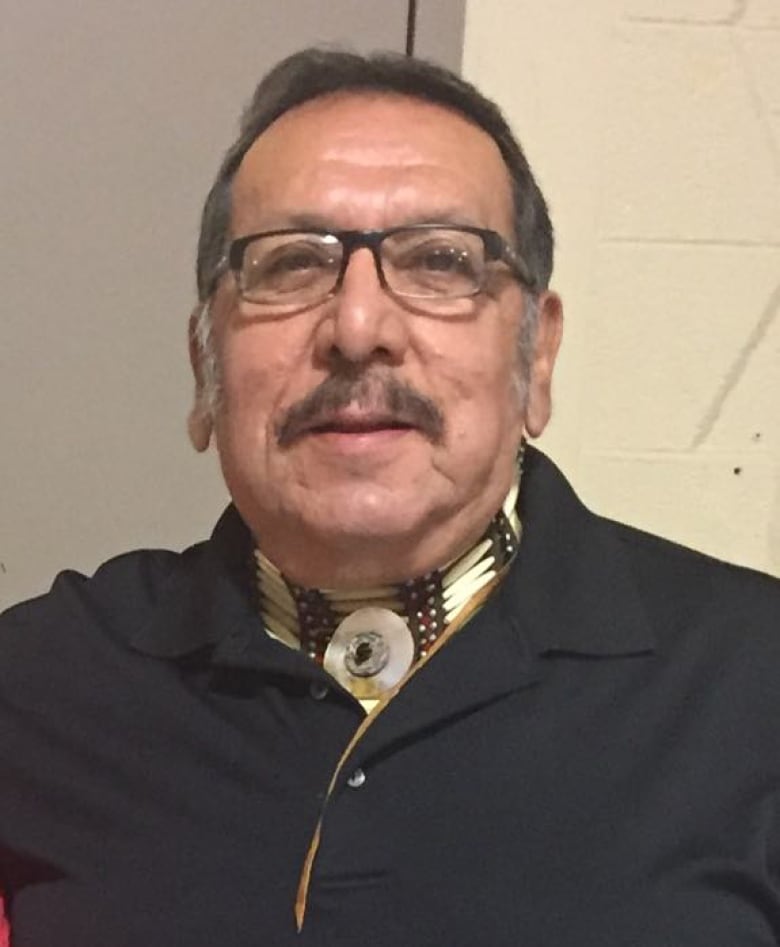 Francis, who calls himself an “Indian” because it’s what First Nations peoples were called in the 18th century, said the recognition of treaty rights “goes both ways,” and that Canada’s obligation should be to international treaty laws, not consultation and legislation by their own design.

“If I’m [part of] a sovereign nation, as per the treaties. They can’t do that. Decisions on our rights as Indians need to be negotiated between the two parties, not just a one-sided decision from someone’s desk somewhere.”

Francis said he’s hoping the AFN, and people in general, will ask themselves some questions this week.

“Did Canada give us our rights? Did the Queen? No. They come from our culture, language, our heritage. We’re born with them. That’s what everyone should understand.”

Their own way in Sipekne’katik

Cheryl Maloney, a lawyer and mother of four boys from Sipekne’katik First Nation in Nova Scotia, said she’s worried about the livelihood issue being addressed by AFN and DFO.

“If they try to lump the moderate livelihood of the Mi’kmaq under the [Fisheries] act, you know that it’s going to be weaker than our treaty right,” she said.

“Our rights should be upheld by new legislation … by the constitution.”

In 2013, Sipekne’katik officials opted not to participate in the organizational body that consults on First Nations issues as part of the Assembly of Nova Scotia Mi’kmaq Chiefs. Instead, Maloney said, the band has been doing things “their own way” for many years.

On Monday, Maloney attended a Sipekne’katik community meeting that focused on finding ways the band could decide what a moderate livelihood means on its own terms. She said ideas of house-to-house questionnaires and a “full engagement” strategy and formal consultation were proposed.

“We want to do our own guardian programs, or conservation work, but we can’t get any other funds in this country unless we go back to the AFS,” she said.

“The Fisheries Act … will not address rights at the highest level, where we need it: legislation.”

A delegation from Sipekne’katik was headed to the assembly in Gatineau, but the band was unavailable to comment on what the group’s aims were. 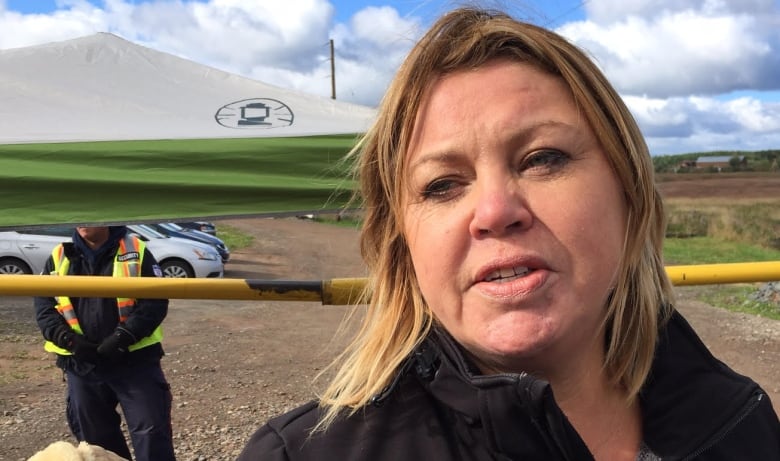 Cheryl Maloney says the Sipekne’katik community is looking at ways it can determine what a moderate livelihood means on its own terms. (Robert Short/CBC)

Maloney said she hasn’t much faith in the current AFN’s leadership. She likens the relationship it has with Canada to a parent and child.

“It’s like [Canada is] giving the job to little kids. Holding the tape why they wrap the present.”

She said multiple decisions by the Supreme Court of Canada have affirmed the Mi’kmaq have their own right to natural resources, and that’s something her community keeps top of mind.