“Turn off the taps!”

It’s easy to imagine a worker holding an industrial-sized wrench and cranking a massive valve clockwise until it can crank no more, while a crowd of pleased politicians looks on.

Then — poof! — the oil flowing to B.C. would stop, not one drop permitted to spill west of the Rockies. Lineups for gasoline immediately form at Vancouver gas stations, and residents start to complain about filling up as much as they do about housing prices.

That’s not exactly how it would work, of course.

Still, Alberta’s Bill 12 is being touted as the “turn-off-the-taps” legislation, the province’s sharpest tool in a battle with B.C. over the highly contentious Kinder Morgan Trans Mountain pipeline expansion project — a fight that’s about oil, the environment, two provincial economies, the Constitution, and politics.

The Preserving Canada’s Economic Prosperity Act, as Bill 12 is formally known, is an eight-page document sparse in detail on exactly how the Alberta government plans to halt the shipment of oil products to places such as B.C.

The bill, which has yet to be proclaimed into law, grants Alberta’s energy minister enormous discretion to decide who in this province is permitted to ship crude oil, natural gas or refined fuels, and to where.

But the energy industry in Alberta is huge and complex. How does a province “turn off the taps” on a resource that is extracted and developed across multiple jurisdictions, and which flows through pipes, gets pumped into tanker trucks, and moves by rail?

The impact of Alberta oil in B.C.

B.C. uses about 200,000 barrels of refined fuels per day, said Brian Ahearn, Western Canada vice-president for the Canadian Fuels Association. That includes the gas and diesel used to fill up vehicles and the fuel used in airplanes.

Of that, about 80,000 to 100,000 barrels per day come from Alberta. Still more oil products that come to B.C. either get refined there for use in that province, or are shipped abroad for further refining.

There are about five major refiners in Alberta that ship to B.C. and Ahearn suspects the provincial government could start with those in its attempt to turn off the taps.

High gas prices in the Vancouver-area are predicted to go higher if Alberta’s Bill 12 is put into force. (Gian-Paolo Mendoza/CBC)

“There are four or five major refiners in Alberta that provide product by truck, pipeline, or rail,” Ahearn said. “But the government has not outlined what permitting process will take place or who the permitting people will be.”

But Bill 12 requires anyone who wants to ship Alberta oil products and natural gas outside the province to obtain a licence. That includes major refineries, along with all other shippers, and producers.

No process in place

The NDP government did not respond to a request to explain how the permitting process would be set up, how many export licence applications the government expects to receive, what timelines would be given to operators for permit approval, or how compliance would be monitored.

The Canadian Fuels Association represents refineries on both sides of the border.

The organization supports what Alberta is trying to achieve with Bill 12 and has been assured the government will work with industry to ensure there are no major surprises, Ahearn said. 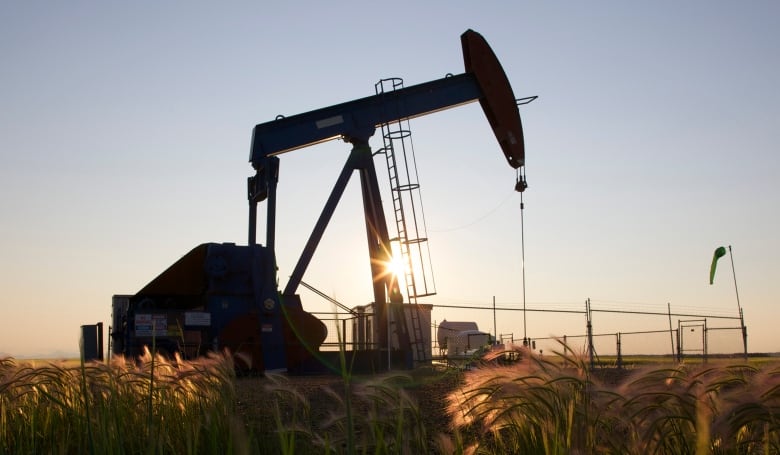 An oil pump jack pumps oil in a field near Calgary in 2014. Bill 12 would require all producers, refineries, and shippers to apply for a licence to ship oil and gas products out of the province. (Todd Korol/Reuters)

“There could be unintended consequences and impacts that we’re concerned about, so we’ve asked them to work with us when they’re preparing to implement the regulations,” he said.

So far, the association has not had any formal discussions with the Alberta government on the regulations that will ultimately dictate how Bill 12 will be implemented, Ahearn said.

The NDP did not respond to a question from CBC about when the regulations may be ready.

Eric Adams, an associate professor of law at the University of Alberta, said the NDP government wouldn’t want to introduce chaos to one of its most important economic sectors. But it’s hard to know how it will manage to achieve that.

Sitting on the sidelines

Adams noted that Bill 12 has yet to be proclaimed into law after being passed last week.

“It’s standing there as a party guest just outside the party and looking in through the window,” he said.

“There’s this question of, ‘Do we invite this loud, powerful guest into the room?’ And then we’ll see what the consequences are.”

One consequence could result from a B.C. court challenge, which argues Bill 12 — by potentially limiting oil exports to that province — is essentially a form of discrimination not permitted by the Constitution.

It’s standing there as a party guest just outside the party and looking in through the window.– Eric Adams, describing Bill 12, which has yet to be proclaimed

But as long as the bill is not proclaimed, the Alberta government can argue that no discrimination is taking place.

“They’ll lose the ability to make that argument when they put more substance into the bill and ask it to do the work of carrying out the potential purpose of the bill, which is to create pain at the pumps for B.C. residents,” Adams said.

He said legislation can sometimes take years to develop, through consultation with stakeholders and various committee work.

Bill 12 did not take that path.

“It was the product of expediency in a political battle with a neighbouring jurisdiction,” Adams said.

“So the bill is short on details and it’s short on substance beyond one principal feature, which is to give greater discretionary control to the minister to potentially enable the limitation of oil and gas exports.”