Hundreds of years from now, when we’re all flying electric space pods, anthropologists will look back with curiosity at the attempts of citizenry to seek deeper meaning in the whims of a fluctuating number.

It appeared on corner signs, and followers breathlessly punched digits into mobile devices to broadcast the changes: 155.2; 158.5; 161.4.

Some blamed the movement in figures on the leaders of the day.

Others blamed it on the rich.

Still more claimed the gods of industry had been offended.

And speaking of mysterious entities — who was this Gasbuddy, anyway?

Hopefully, those historians of the future will have better luck than consumers of the present understanding the unprecedented rise of Vancouver’s gas prices in recent weeks.

There are no lack of explanations.

But with the fate of Kinder Morgan’s Trans Mountain expansion hanging in the balance, and Alberta threatening to choke the flow of oil, the price at the pump has become impossibly political, making it hard to separate fact from fiction.

Gas prices crossed the $1.60 threshold and have continued to climb to historic levels in Metro Vancouver. A $2 per litre price for gas has been predicted. (Gian-Paolo Mendoza/CBC)

B.C.’s former Liberal energy minister, Rich Coleman, tweeted out a snarky thanks to the “@bcndp for todays gas prices. I imagine they are thrilled to make life more (LESS) affordable.”

Critics shot back with their own streamful of thanks related to Coleman’s perceived failings.

So what is the answer?

Curious name for an expert given the topic, but it seemed like a promising place to start.

“It always comes down to supply and demand,” Gaski says in a phone interview.

“It’s sexier, more glamorous, more interesting, more romantic to believe that there’s something like the X-files that’s really controlling everything. It can’t be this simple. It’s dull. Life is dull, if it’s really so simple, and there are not some mysterious forces out there really superseding everything.”

The constant fluctuation has heightened the profile of tracking services, like Gasbuddy.com, which provide users with the means to compare and contrast changes online minute-by-minute.

Its analyst, Dan McTeague, has been widely quoted as saying prices are only likely to climb higher, fuelled by a weak Canadian dollar and a drop in supply as refineries in Washington State perform annual maintenance. 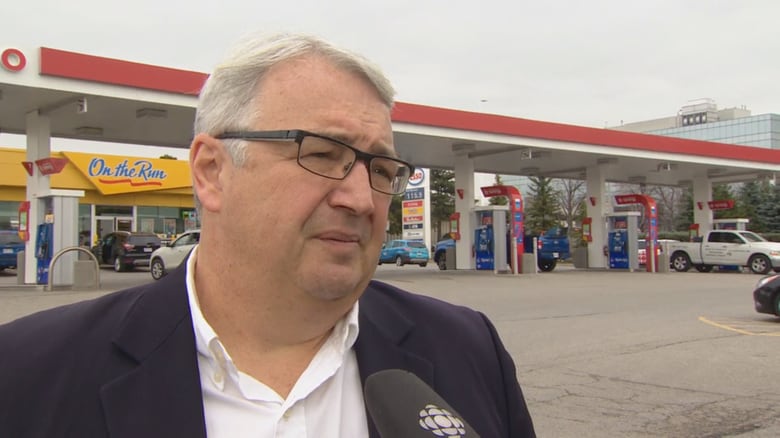 The former Liberal MP has suggested the Trans Mountain project could alleviate the problem by increasing capacity to carry refined fuel to the Lower Mainland through the twinned pipeline in addition to Asia-bound diluted bitumen.

The Kinder Morgan critic says there is no fuel shortage, as evidenced by the fact gasoline is not any harder to come by in the Lower Mainland — it’s just more expensive.

She puts the increase squarely at the feet of refineries seeking to maximize the profit the market will bear.

It doesn’t hurt that the marketplace is filled with so many opinions and so little fact.

“You just know you go to the pump and you’re being priced unfairly and then seek answers for that, and then you’re given false answers. It’s totally unfair.”

‘Positioned to continue to deliver growth’

Natural Resources Canada is one of the few places that does provide solid facts about gas prices over days, months and years.

The line for Vancouver floats above the rest of the country.

The website includes approximate margins both marketers and refiners take from the price at the pump.

The marketing margin in Vancouver has actually gone down slightly since the beginning of 2018, whereas the refining margin has risen by nearly nine cents a litre, which suggests that no matter what the actual reason for the hikes — the refineries are turning a profit. 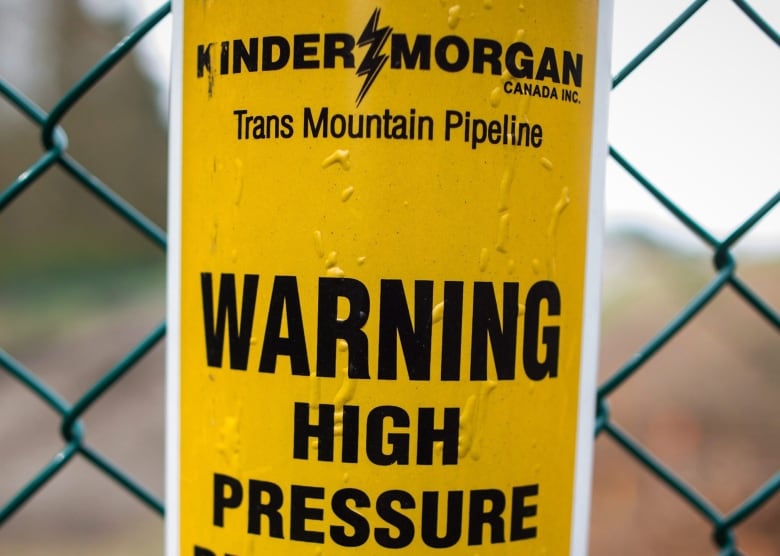 A sign warning of an underground petroleum pipeline is seen on a fence at Kinder Morgan’s facility where work was conducted before the company suspended non essential operations on the Trans Mountain expansion project. (Darryl Dyck/Canadian Press)

Another reliable source of information is a financial report published ahead of Parkland Fuel Corporation’s annual general meeting this Thursday.

The company owns the Burnaby refinery that provides a significant chunk of the Lower Mainland’s fuel. They’re also a major supplier to 1,848 retail gas stations across Canada, including Esso and Chevron.

Last year, Parkland set a record for earnings before interest, tax, depreciation and amortization of $418 million. That’s up from $253 million the year before.

“Never in Parkland’s history have we been as well positioned to continue to deliver growth as we are today,” wrote president and CEO Bob Espey.

In an email to the CBC, the company respectfully declined to “participate in commentary on fuel prices.”

And that’s a pity.

Because when all the conspiracy theories, punditry and political posturing have died away, long after the Trans Mountain Expansion project has either been built or shelved, the voices of the refineries are going to be the ones those future historians really want to hear.