They’re like co-starring leads in one of North America’s best known and researched predator-prey shows.

Now the lynx and the snowshoe hare are about to become stars of an ambitious new project — to sequence the genomes of 150 of Canada’s most notable and significant species.

They’ll be the first two.

“This was just a no-brainer project,” said Dr. Stephen Scherer, a molecular scientist and the director of the Centre for Applied Genomics at the Hospital for Sick Children in Toronto. He’s also a lead researcher on the CanSeq150 project.

The results could help researchers understand why species in Canada have developed the way they have — and how they have developed in relation to each other. The lynx and the snowshoe hare are interdependent on each other as predator and prey, Scherer said.

CanSeq150 grew out of an earlier project that saw scientists map the beaver’s genome. (CBC)

Scientists have long studied and tested individual genes, but only in recent years have they been able to map out the entire genetic code of an individual. As technology improves, it gets cheaper to do so every year.

CanSeq150 grew out of another project launched a couple of years ago by the same team of scientists. They became the first to sequence the genome of the beaver and presented their results as a sort of 150th birthday present to Canada.

“We thought it was important to have the genome of our national animal sequenced in our own country,” Scherer said. “We wanted to exert our national identity and get it done.”

After sequencing the beaver, they were inspired to do more. The researchers decided to try to map the genetic blueprints for more species “of biological, historical, cultural, [or] economic interest to Canada,” according to Scherer.

After the beaver, the lynx and snowshoe hare — denizens of Canada’s vast boreal forest — seemed like worthy candidates.

For the CanSeq150 researchers, it’s about planting a flag and claiming some scientific territory for Canada.

Scientists are competitive, Scherer said, and there’s an international race on to sequence the genomes of all living organisms. 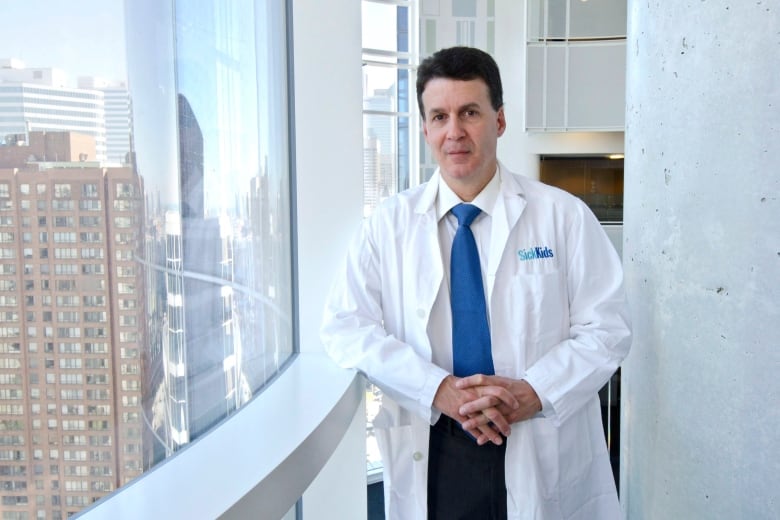 ‘We need to actually sequence the genomes of the animals that are Canadian animals,’ said Dr. Stephen Scherer, director of the Centre for Applied Genomics at the Hospital for Sick Children in Toronto. (Robert Teteruck/Canadian Press)

“We need to actually sequence the genomes of the animals that are Canadian animals,” he said. “At the minimum, we can control that — that’s our wall, if you will.”

‘Looking back into the history of the world’

A sequenced genome allows researchers to, essentially, read the detailed instruction book for how an animal is put together. For example, it will allow researchers to see which specific genes give a lynx its enormous — and highly adaptive — snowshoe-like paws. 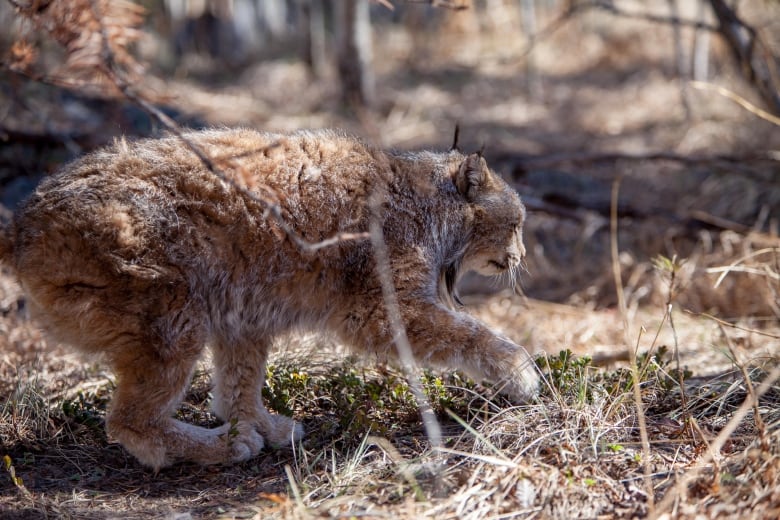 The CanSeq150 scientists collected a genetic sample from this lynx at the Yukon Wildlife Preserve in Whitehorse. Samples were also collected from a snowshoe hare trapped in Yukon. (Jake Paleczny)

“We can do that species by species, and really start to think about how this all played out,” Scherer said.

“It’s amazing — it’s looking back into the history of the world.”

To find a genetic sample of a lynx, the researchers looked to Yukon — and Rudy Boonstra, a University of Toronto professor who’s been studying mammals in Yukon since the 1970s.

Boonstra told them it made little sense to look at the lynx in isolation. 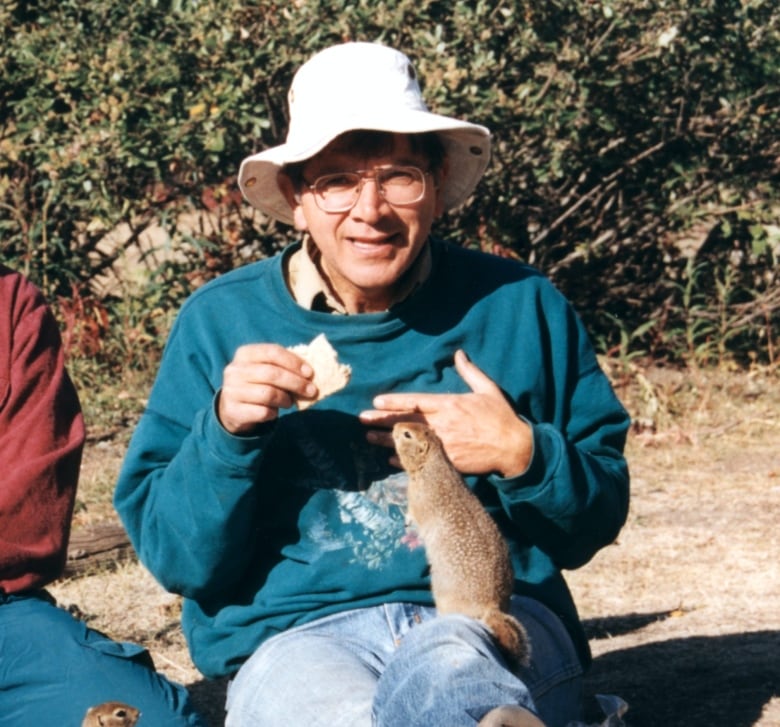 “I suggested to them that if you really want to understand the system, it would be really great if you did the gene sequence of the principal prey, as well, of the Canada lynx — the snowshoe hare,” he said over the phone from Kluane Lake, Yukon, where he was spending a day trapping and studying voles.

Boonstra described the interdependent relationship between lynx and hare populations as so basic, and so well established, that it can likely be read in their genetic codes.

“They’re tightly linked to each other in terms of their dynamics,” he said. “So you can ask if the gene sequences that the prey and the predator — the lynx and the snowshoe hare — have, how they’ve evolved to adapt to one another [and] to conditions of deep snow.

“The sequencing of both species is the foundation for letting us ask questions on ecology and on evolution … I think it’s an exciting project.”

Boonstra collected blood and tissue samples from a snowshoe hare trapped in Yukon to send to Toronto. The lynx samples came from an animal at the Yukon Wildlife Preserve.

The lynx and hare were “perfect” candidates to kickstart the CanSeq150 project, Scherer said.

“Often, you’ll actually get biochemical or hormonal relationships between different species, and we should be able to detect that actually, in the genome.”

The full list of 150 species is still in development. The scientists have put out a call to other researchers across the country to nominate and make a case for other species. 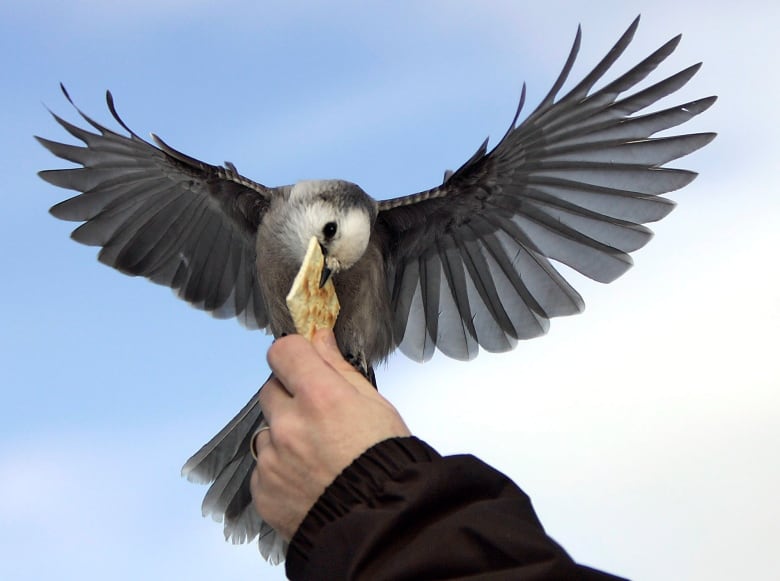 Besides the lynx and the snowshoe hare, the CanSeq150 scientists have already selected a few other species whose genomes will be mapped for the project — including the Canada jay. (Preston Utley/Vail Daily via Associated Press)

A few species are already on the final list, including:

“There’s other ones that have been submitted, and we’re looking at them,” Scherer said. “These are all supposed to be genomes that have not been sequenced before, so it’s a unique contribution.”

He expects the whole CanSeq150 project to take about three years to complete, but hopes its legacy will stand for years — primarily by ensuring Canada is known as a world leader in genetic research.

It’s a fast-evolving field, he said, with potentially massive real-world implications. Sequencing genomes brings scientists that much closer to the very stuff of life and evolution. “Gene editing” may follow.

“If the human species decided we wanted to engineer some of these animals going forward, we’ll be able to do it,” Scherer said.

“That’s a big decision to make, but to do it properly, of course, you’re going to have to understand what the consequences are. So you need to have all the different understandings of how these genetic variants will play out.”

Canada needs to be in the lead, he said, because “we think the right decisions are usually made in a country like Canada.”

“You’re not going to be invited to the table unless you’re active in the game.”