Rumours are swirling the Duke and Duchess of Sussex will honeymoon at the Fairmont Jasper Park Lodge.

On Monday, the gossip site TMZ reported the newly married couple were planning to stay at a luxurious six-bedroom cabin in Alberta’s tourist hot spot.

But the fact the information has been tweeted, reported, and talked about from Alberta to London, and everywhere in between, could be the sign of a rocky start to the trip.

Angela Moore, a spokesperson for the resort in Jasper National Park, said “the couple is not currently booked for a stay.”

And hoteliers that have hosted royal couples in the past say privacy is the prime concern when it comes to a royal visit.

“The challenge for us was to see if we could pull it off without anyone finding out — and we did,” said Dan Markham, communications director for Lake Louise Ski Resort, which owns Skoki Lodge.

That’s where William and Kate, the Duke and Duchess of Cambridge, stayed during their first royal tour as a married couple in 2011.

Their sojourn at Skoki Lodge was unknown to most of the world, until the royals had completed most of their stay in the remote and pristine alpine meadow.

One way the story eventually leaked out was when a prior guest told a Globe and Mail reporter that he saw construction crews installing a toilet and bathroom at the remote lodge.

Someone admitted it was for an upcoming visit by some very, very important people.

Markham said just a handful of people at the family-owned ski resort knew about William and Kate’s visit. Then they had to co-ordinate with the office of protocol for the royal family.

That’s where the directive for indoor plumbing originated.

“It was the protocol office that says any royal at a certain level must have these certain things available to them,” Markham said.

Jasper officials did not confirm that Harry and Meghan were scheduled to honeymoon there.

“While we greatly appreciate the interest in our beautiful destination, and though Jasper and the Fairmont Jasper Park Lodge have a longstanding history of serving as a royal retreat, we can confirm that the couple is not currently booked for a visit,” wrote James Jackson, the general manager of Tourism Jasper.

But the Outlook Cabin, also known as the Royal Retreat, has hosted royalty in the past.

King George VI and Queen Elizabeth stayed there in 1939. The cabin was destroyed by fire in 2000, but was rebuilt according to the original floor plans from 1930.

In 2005, Queen Elizabeth II and Prince Philip also stayed at the cabin.

McMahon speculated the unusual number of helicopters could be for Parks Canada or tourism, but it could also indicate a pending visit from a high-profile guest.

“It certainly bears out what could be happening in terms of staff scouting out locations for things,” McMahon said. “If there is going to be a royal honeymoon here, what’s more romantic than the Canadian Rockies?” 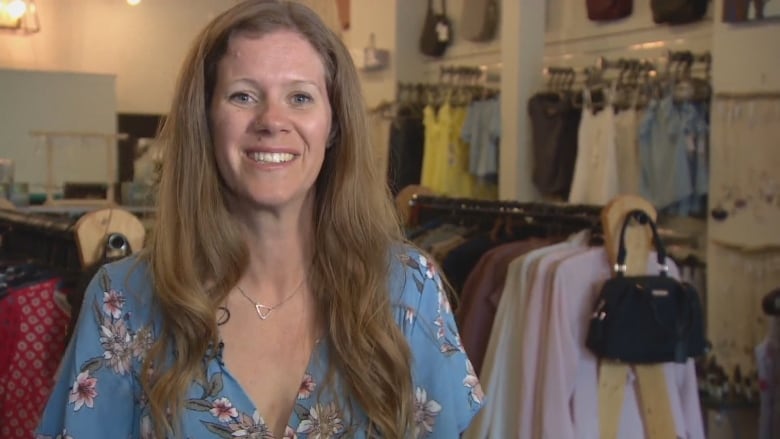 Sylvie Walsh, owner of Bombshell Boutique in Jasper, said if Meghan Markle visited her shop she would take the opportunity to show her some Canadian designers. (CBC)

Sylvie Walsh, owner of Bombshell Boutique, said she woke up to a text from a friend alerting her to the Jasper rumour. Walsh said she would be overjoyed if the Duchess of Sussex visited her shop.

“I would obviously be thrilled to have her in the store, being a celebrity with some connections to Canada. It’s always wonderful to have someone like that in the shop,” Walsh said.

“I’d be keen to show her all of our amazing Canadian designers that we are thrilled to showcase here at the boutique.”

Meanwhile, a Page Six headline describing Jasper, Alta., as the “world’s most boring place” has drawn the ire of social media users.

The jab toplined an article about the honeymoon rumours.

Fans of the picturesque getaway took to Twitter to defend the alpine town and chastise the New York Post’s gossip column for being unfair.

One Twitter user by the name of Isabel Horvath, with the handle @Izzzywith3zees, felt compelled to speak for the entire country: “We in Canada are not amused,” says the tweet.

The royal couple has not revealed their travel plans, or said when they would go on a honeymoon. They married May 19 at Windsor Castle.