Former MLA Manitok Thompson, Veronica Connelly, Rosie Oolooyuk and Bernadette Dean visited the Smithsonian Institution as a special set of artifacts that belonged to their relatives was taken out of storage — including hunting and sewing equipment, art and clothing.

They even saw plaster molds of Thompson’s great grandparents.

“It was very emotional for me, because my mom was a historian and she made sure that our history was passed down from her great grandparents,” said Thompson.

“I was happy to be able to touch my great grandparents’ tools, hunting tools. Like, just totally amazing.”

Manitok Thompson, left, Veronica Connelly, Rosie Oolooyuk and Bernadette Dean had a chance to view their ancestors’ belongings at the Smithsonian Institution in Washington, D.C. recently. (Submitted by Veronica Connelly)

Thompson said her great grandparents took care of many British explorers who came through their territory, some around 1879 or 1880. 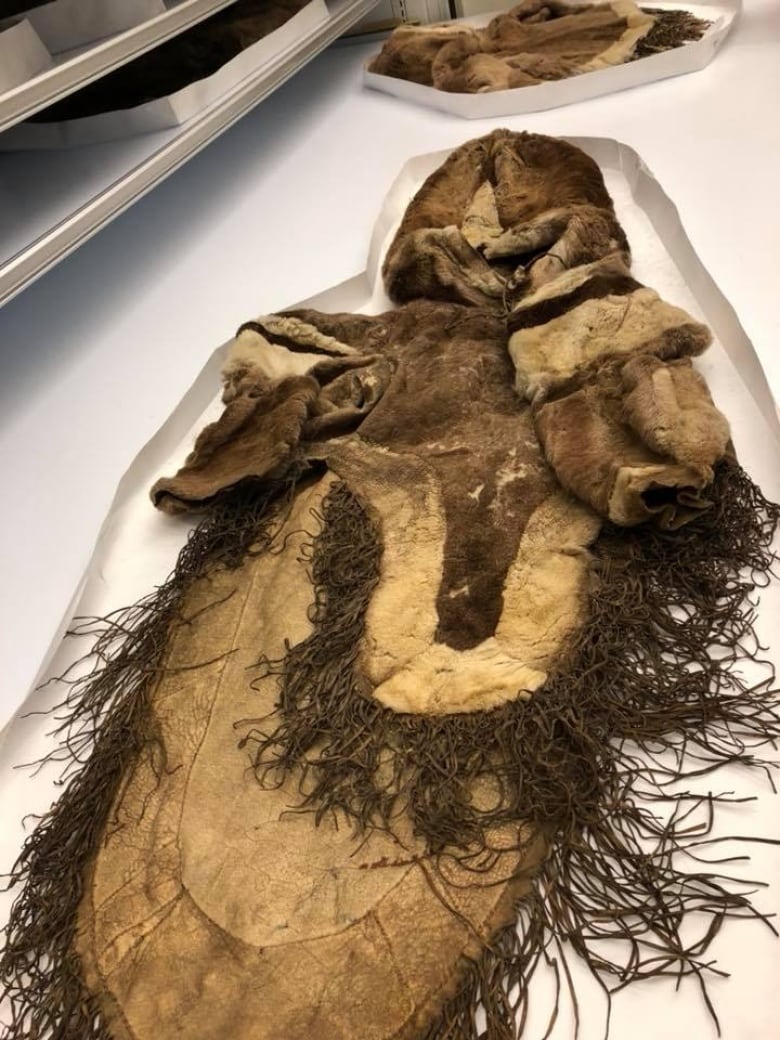 Clothing was among the items the women saw on their visit. (Submitted by Veronica Connelly)

However, Inuit who fed, clothed and guided these explorers haven’t been given much credit for the work they did, she said.

She is thankful at least that her ancestors’ items have been stored and kept safe. Seeing the items for the first time, she said she could feel a connection to them.

“The drawer started to be pulled out and I saw my great grandparents’ caribou clothing … I know it was hers,” said Thompson. “It seems my bones, somewhere, my spirit had a connection and it seemed like it was shouting out, ‘We’ve been lonely for so many years. We want to go back home now.'”

Thompson said she hopes one day the artifacts will be brought back to Canada.

She said they belong to Canadians — from Labrador to Nunavik, and all the way to Aklavik.