A Cuban-operated airliner with more than 100 people on board crashed into a field just after takeoff from Havana’s international airport today. There appeared to be mass casualties, as Cuban officials said three people had survived, but did not give an official toll.

A military officer who declined to provide his name said that there were three survivors in critical condition from the Cubana airlines flight, but other officials would not confirm that figure. State media reported similar figures, but Cuban officials did not explicitly say that everyone else on board had perished in the crash just after noon Friday.

“There is a high number of people who appear to have died,” Cuban President Miguel Diaz-Canel said from the scene. “Things have been organized, the fire has been put out, and the remains are being identified.”

Firefighters worked to extinguish flames engulfing the Boeing 737, which was meant to be on a short jaunt to the eastern Cuban city of Holguin when it went down just after takeoff from Jose Marti International Airport.

“A column of black smoke rose up in the sky,” said Ana Gonzalez, a nearby resident told Reuters.

Government officials including the president rushed to the crash site, along with a large number of emergency medical workers.

Granma, the official newspaper of the Communist Party, said there were children on board, including one under two years old.

“My daughter is 24, my God, she’s only 24!” cried Beatriz Pantoja, whose daughter Leticia was on board the plane. Pantoja and other family members were taken to a private area inside an airport terminal in the afternoon.

Emergency personnel and politicians rushed to the scene after the plane went down. (Adalberto Roque/AFP/Getty Images)

The cause of the air disaster was under investigation. State TV said the jet veered sharply to the right after takeoff.

Relatives of passengers believed to be on the flight also converged on the crash site, among them a man who said that his wife and niece had been aboard. He was taken to the airline terminal where relatives were being asked to gather. Reports said that 104 passengers and nine crew members were on board.

A spokesperson for Global Affairs Canada said “our thoughts and deepest sympathies are with those affected by this tragedy.”

“Canadian consular officials are in contact with Cuban authorities to obtain further information — and stand ready to provide consular assistance to Canadian citizens if needed.”

The plane was rented and operated by Cubana, which has taken many of its aging planes out of service in recent months due to mechanical problems. Cuba’s first vice-president, Salvador Valdes Mesa, met Thursday with Cubana officials to discuss improvements in its heavily criticized service.

An employee who answered the phone at the Mexico City office of Aerolinea Global Air said that the Mexican crew included a pilot and a co-pilot. The employee asked his name not be used as the company had not yet made a formal statement. Websites offering the firm’s services say it flies to Cuba and operates several 737 planes. Founded in 1990, the company operates under the legal name Aerolineas Damojh, SA de CV.

Mexican authorities say the Boeing 737-201 that crashed in Cuba on Friday was built in 1979. 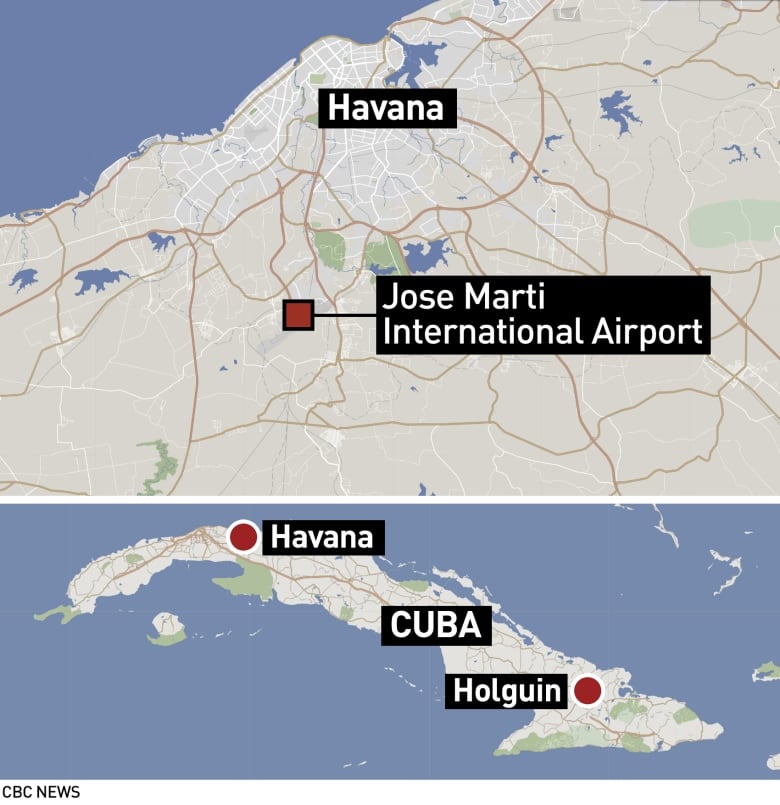 State-run TV said the plane crashed in an area about 20 kilometres south of Havana. (CBC )

Cuban Communist Party newspaper Granma reported that the passengers were mostly Cubans plus five foreigners from countries it did not identify. Argentina’s Foreign Ministry said two of its citizens had died in the crash.

Cubana is notorious among Cubans for its frequent delays and cancellations, which Cubana blames on a lack of parts and airplanes due to the U.S. trade embargo on the island.

The crash Friday was Cuba’s third major accident since 2010.

Last year, a Cuban military plane crashed into a hillside in the western province of Artemisa, killing eight soldiers on board. In November 2010, an AeroCaribbean flight from Santiago to Havana went down in bad weather as it flew over central Cuba, killing all 68 people, including 28 foreigners, in what was Cuba’s worst air disaster in more than two decades. 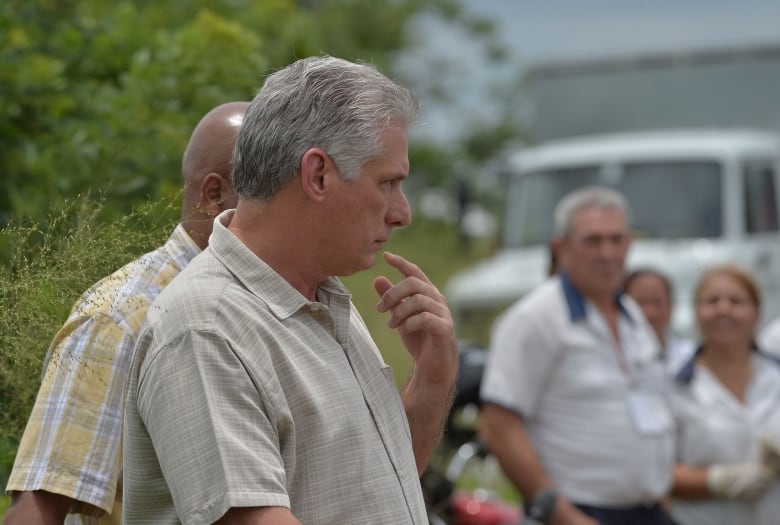 The last Cubana accident was on Sept. 4, 1989, when a chartered plane flying from Havana to Milan, Italy, went down shortly after takeoff, killing all 126 people on board, as well as at least two dozen on the ground.

Cubana’s director general, Capt. Hermes Hernandez Dumas, told state media last month that Cubana’s domestic flights had carried 11,700 more passengers than planned between January and April 2018. It said that 64 per cent of flights had taken off on time, up from 59 per cent the previous year.

“Among the difficulties created by the U.S. trade embargo is our inability to acquire latest-generation aircraft with technology capable of guaranteeing the stability of aerial operations,” Hernandez said. “Another factor is obtaining parts for Cubana’s aircraft.”