The city of Edmonton is crafting a new plan to curb greenhouse gas emissions by 2030.

The urban planning committee, made up of several councillors, agreed to one of three scenarios presented Tuesday by city staff — to cut GHGs in half by that year.

Two other scenarios introduced by staff suggested cutting GHGs by 30 per cent or setting a full carbon-neutral target by the same year.

The report shows the middle option is the best and that cutting GHGs by 50 per cent would require an investment of $67 million over the next three years but would save $76 million within 12 years.

It will require retrofitting buildings, switching from diesel buses to electric buses, using more LED lights and speeding up installation of solar panels on city buildings and sites.

Emissions from municipal buildings made up nearly half of the city’s greenhouse gas emissions in 2016. (City of Edmonton)

“We’d have to put new roofs on these buildings anyway,” he said. “It’s a question of adding extra insulation, you gotta put new windows in.” 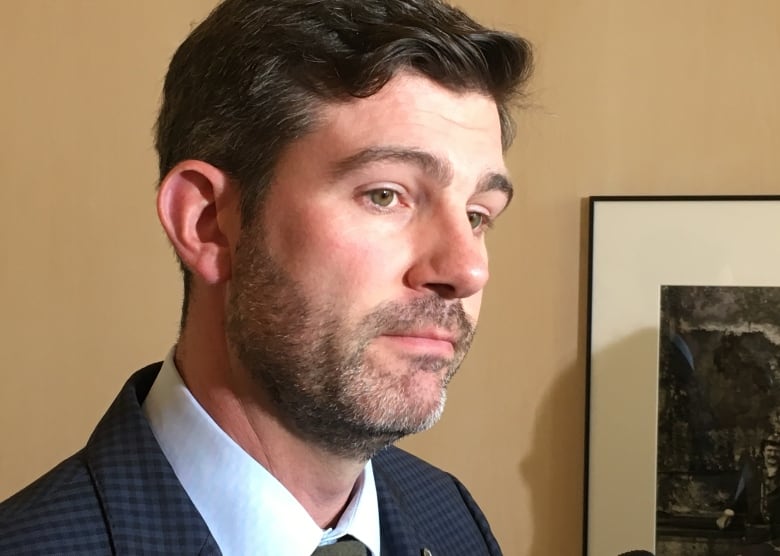 Mayor Don Iveson says the city must invest for the long-term to reduce GHGs and make operations more efficient. (CBC)

The plan also calls for the city to purchase 100 per cent of its electricity from renewable sources by 2030 — solar, wind, biomass and hydro.

Coun. Jon Dziadyk doesn’t think the city should own green electricity, calling the scenario “an aggressive target full of risk and increased expenses to taxpayers.”

He said the city should focus on rehabilitating older buildings and switching to LED bulbs.

“We will make significant strides in reducing our greenhouse gas emissions with a balanced approach,” Dziadyk said.

David Dodge, a co-chair with the city’s energy transition advisory committee, said green electricity is the most effective way to reduce greenhouse gas emissions for municipalities.

“Even Calgary, a much more conservative city, did this a decade ago,” he said. “They run on 100-per-cent renewable energy already today, and they have for the last 10 years.” 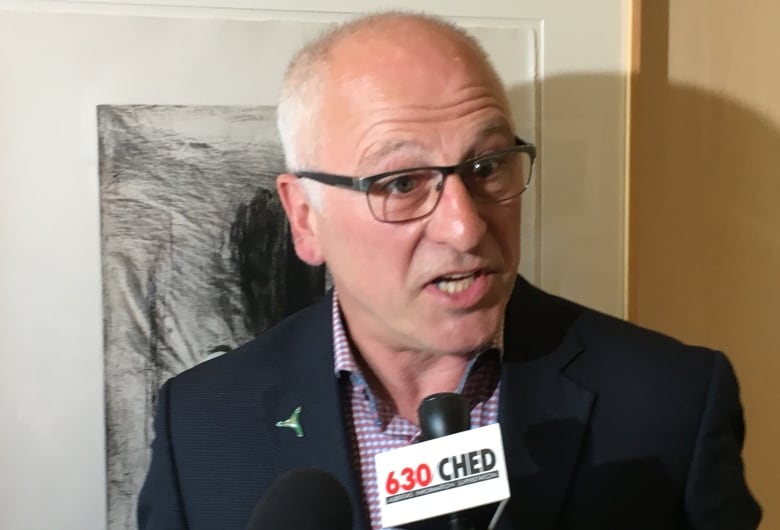 David Dodge, the city’s co-chair of energy transition advisory committee, says renewable energy will save the city money in the long run. (CBC)

Coun. Michael Walters agreed that paying now will save in the long run.

Iveson wants to make sure Edmonton uses as many local sources as possible when buying renewable energy.

Staff are expected to return on June 18 with a report on how wind power could be used in Edmonton.

Council will need to approve funding for the plan in the 2019-2022 budget, up for debate this fall.