Tuesday marks the final day to apply for Loblaws’ $25 gift card, offered as compensation for the retailer’s admitted part in a bread price-fixing scandal.

Many Canadians report they’re satisfied with their gift of free groceries. However, the end of the card program doesn’t mark the end of the retailer’s troubles — far from it.

Loblaws has stated that it expects to subtract $25 from any potential settlement payments to class action members who also got a gift card.

However, in the case of a proposed class action in Ontario, a Superior Court judge recently ruled that’s not necessarily how it will play out.

“Whether or not they get credit for the gift cards is an open question,” said lawyer Jay Strosberg, who’s involved in the Ontario suit. “Loblaws doesn’t get to decide that issue. The judge does.”

Sharron Katz in Stratford, Ont., told CBC News in February that she was happy to receive her Loblaws gift card. (Submitted by Sharron Katz)

Loblaws told CBC News that it has made it clear to customers that applying for the gift card doesn’t prevent people from participating in class action lawsuits.

“Our $25 Loblaw Card is a genuine effort to put money back in our customers’ hands quickly,” said spokesperson Kevin Groh in an email to CBC News.

The firm hopes to turn the Ontario suit into a national class action that would represent anyone who purchased packaged bread on or after 2001 in all provinces, except Quebec where a separate suit has been filed.

Strosberg says his office has already been swamped with thousands of inquiries from people across the country.

“This case, out of any case I’ve ever dealt with, really hits home, I think, with Canadians because everybody buys bread.”

“The defendants were unjustly enriched,” alleges the statement of claim.

Loblaws is the only one to admit to any wrongdoing, and will receive immunity from prosecution for co-operating with the Bureau’s investigation.

But it could face repercussions from Canada’s privacy commissioner on how it handled the gift card program. The commissioner is investigating the retailer for asking some customers to send a copy of their ID, such as a driver’s licence, before receiving a gift card. 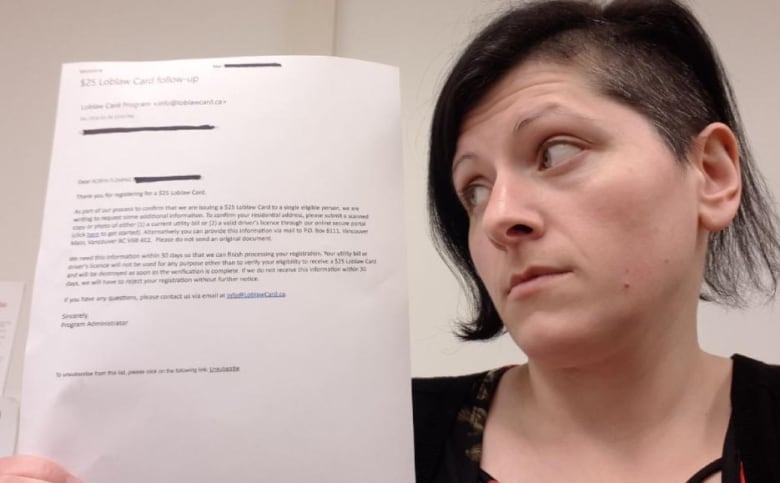 Robyn Fleming in St. John’s was displeased to get this email from Loblaws requesting she send identification before getting her $25 gift card. (Robyn Fleming)

Some affected customers, including Suzette Collins in Toronto, were so upset by the request, they refused to comply and vowed to boycott Loblaws stores.

“It’s absolutely ludicrous,” said Collins, who happens to work as a privacy and access-to-information consultant. “There’s all kinds of information on my driver’s licence that they’re not entitled to for the purpose of fulfilling a gift card voucher.”

Loblaws said any personal information sent will be protected, and that the retailer needed to do the ID check to combat fraud. “We wanted to make sure the money was actually landing in our customers’ hands,” said Groh.

Many customers who weren’t asked for ID received their gift card with no hassle and report they’re happy with the gesture. “They did the right thing,” said Chris Dunstan in Stanley, N.B., who bought groceries with his rebate. “I am very satisfied with it.”

Food industry expert Sylvain Charlebois believes that Loblaws’ card program was a smart move that helped prevent some customers from losing faith in the retailer following the price-fixing scandal.

“A price-fixing scheme which is overly complicated to understand doesn’t resonate all that well,” says Charlebois, a professor at Dalhousie University specializing in food distribution and policy. 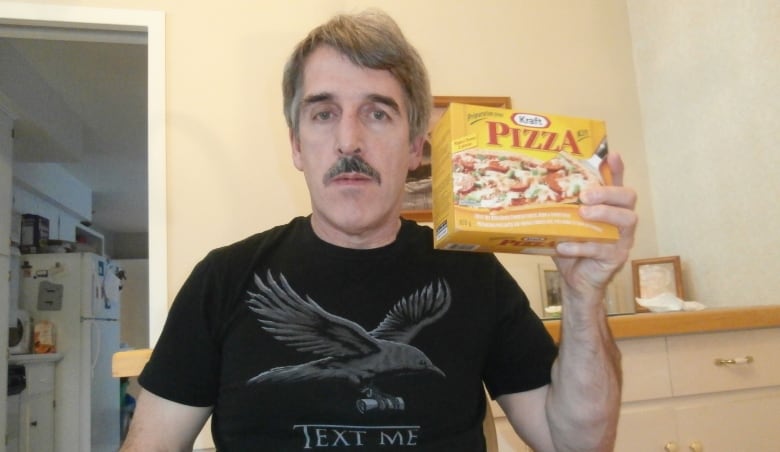 Charlebois says it’s too early to determine the overall success of the program. But he believes a positive sign is that Loblaws’ had a good quarter: the company’s profits grew to $377 million, an increase of 62.5 per cent compared to the first quarter of 2017.

“When you look at financial results, it seems as though Loblaws has done very well,” he said.