When Marlene Jack arrived in Smithers, B.C., on Monday she knew she wanted to speak about her missing sister, but wasn’t sure she’d be able to do so.

“I might be able to speak, I might not be able to, depending on… I don’t know,” she said outside her hotel.

Jack had flown in from Vancouver to testify at the national inquiry into missing and murdered Indigenous women and girls. As the commission would hear, a fear of flying wasn’t the only hurdle Jack overcame to get there.

In 1989, Jack’s sister Doreen, along with Doreen’s husband Ronald and their two children, disappeared from Prince George. They’d been offered jobs in a work camp by a man Ronald met in a pub and left town with him, never to be seen again.

Jack said she was told if she spoke to media about the case, police would stop giving her updates on the investigation.

Marlene Jack holds photos of her sister Doreen Jack, Doreen’s husband, Ronald, and the couple’s two sons Ryan and Russell, all of whom went missing from Prince George in 1989. (THE CANADIAN PRESS/Darryl Dyck)

“I got scared,” she said. “That was their way of controlling me.”

Over the years she came into contact with the families of other missing or murdered women, and she joined them in advocating for a national inquiry.

“I’m so nervous, like… where do you sit?” she asked. “We’ll see. Tomorrow everything comes out about my sister.”

‘I feel ashamed of my life’

On Wednesday morning she sat before the commission and told not just Darlene’s story, but her own. She said one of her first memories was of a fight in her house when she was just three years old, followed by going to Lejac residential school in Fraser Lake. 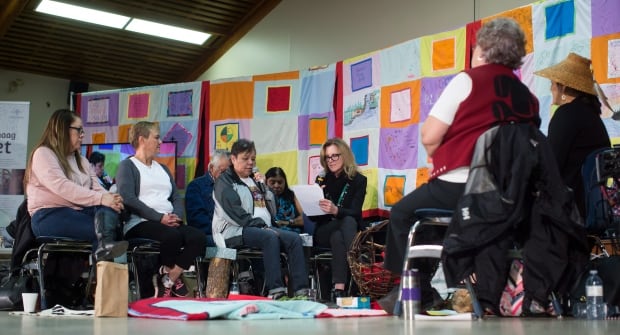 There, Jack said, she learned to fear authority.

“Always telling us how we’re gonna be so useless. For seven years, every day we hear that,” she testified. “I still haven’t gotten over those… I feel ashamed of my life.”

Later, Jack spoke about men she didn’t know coming to their house looking for someone to have sex with, and how years afterward she stopped taking massage classes because she doesn’t like touching other people.

‘They tell you every day that you’ll amount to nothing, it sort of sticks with you.’ – Marlene Jack

Her testimony also touched on a period of time she spent living homeless in Vancouver’s Downtown Eastside, where she said she was raped or sexually assaulted multiple times a week.

“How can a woman like you who deserves fairness and equality and good treatment be raped?” the commission’s lawyer asked.

“I don’t know, you’d have to ask the men that did the raping,” Jack answered. 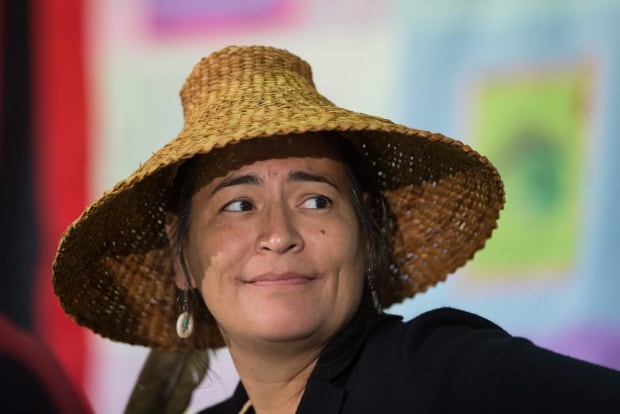 She connected that period of her life back to Lejac.

“They tell you every day that you’ll amount to nothing, it sort of sticks with you and you just don’t care about yourself the way you should,” she said.

She also shared happy stories, including the time Doreen raced their uncle on the highway between Burns Lake to Prince George, winning when he was stopped for a speeding ticket.

“She blew the horn when she drove past,” she said, laughing.

Jack said she missed that closeness, having frequently spoken to her sister on the phone while they lived in different cities.

She reiterated her story of being afraid to speak publicly about her sister’s disappearance until meeting Gladys Radek, another advocate for missing and murdered women. 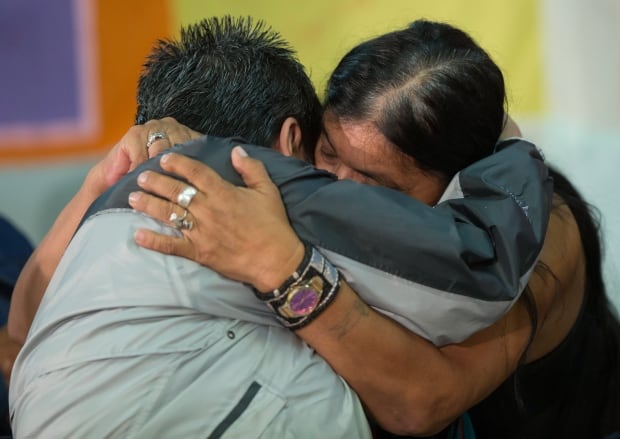 “Gladys said ‘No, you need to talk,'” Jack recalled. “‘So what if they cut you off [from investigation information]? There’s other ways you can find out.'”

Commissioner Michèle Audette thanked Jack for her testimony and said she hoped it would inspire others to testify at future hearings.

“If I feel weak, I know who to call because you have a strength,” she said.

“I hope that you’re opening doors for other woman across Canada to say, ‘If Marlene was able to do it, I want to do it…’ You’re making history with us. I’m honoured.”

“I feel a lot of relief,” she said. “They need to understand how we grew up, being in residential school and stuff, and the violence that we had to go through after.