While most U.S. families grew richer between 2013 and 2016, the wealthiest households pulled even further ahead, worsening the country’s massive disparities in wealth and income.

The median net worth of all U.S. families rose 16 per cent last year from 2013 to $97,300, according to a Federal Reserve survey released Wednesday. The median is the point where half of families fall below and half above. That’s the first gain for middle class households since the recession began nearly a decade ago.

The Fed’s report, known as the Survey of Consumer Finances, starkly illustrates the depth of the country’s wealth and income gaps. The disparities exist along lines of income, race and ethnicity, and between cities and rural dwellers.

It also points to why so many Americans remain frustrated with the economy: on many measures, most families still haven’t fully recovered from the 2008-2009 downturn. In fact, the median measures for wealth and income still trail their 2001 levels.

Lael Brainard, a Fed policymaker, raised concerns in a speech Tuesday that long-running inequalities may hobble U.S. economic growth. Greater concentrations of wealth and income could slow consumer spending, which accounts for about two-thirds of economic activity, because richer households typically save a larger proportion of a pay raise or other income gain than middle- and lower-income ones do.

In the last three years of Barack Obama’s presidency, the U.S.’s wealthiest families increased their share of the total wealth. (Evan Vucci/Associated Press)

The Fed’s survey found that even as median household wealth rose, average net worth rose more quickly, by 26 per cent to $692,100. Those differences between the median and average figures mostly reflect stronger gains at the top of the income scale.

The figures echo recent data released earlier this month from the Census Bureau that also showed middle-class incomes rising. For roughly the first five years of the economic recovery that began in 2009, higher-earning households reaped most of the gain. But in 2015 and 2016, the low and falling unemployment rate has helped push up pay at all income levels. Rising home prices have also restored some wealth to middle income families.

Black and Hispanic families reported large wealth gains, but wealth gaps along racial lines barely narrowed. Median wealth for an African-American family was $17,600 last year, up 29 per cent from 2013. That’s a much bigger gain than the 17 per cent increase for whites.

Median wealth for the richest 10 per cent of all families jumped 40 per cent in the past three years, to $1.63 million. That’s nearly 17 times higher than the figure for typical families. 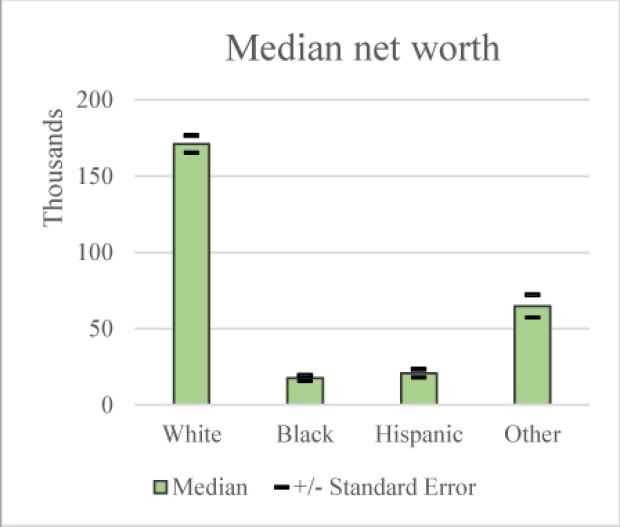 One reason more families are finally regaining some wealth is that home prices have risen steadily since 2012. Average housing wealth — the value of a home, minus mortgages and other debt — rose 20 per cent last year from 2013. That followed a slight drop in home values in the previous three years.

Meanwhile, for those Americans who own stocks, the average value of their portfolios increased 23.4 per cent from 2013 to 2016. That followed an 18.2 per cent increase in the preceding three years, when average home values were falling.

For the 10 per cent richest Americans, the average value of their stock holdings jumped nearly 37 per cent to $1.37 million.

The Fed also broke down their measures by where families live. For families living in cities, median income increased 10 per cent, while those outside cities saw an increase of just two per cent.