For new Grade 6 student Columbie Waren, returning to school three weeks before summer ends is a chance to see his school pals even sooner.

“It’s fun to be back,” he said. “I just like school. Math, social and science are my favourite subjects. I just think it’s fun to learn at this school ’cause there are so many friends that you know here.”

Columbie is one of 1,300 Edmonton Catholic students who are part of the year-round school program.

Students return to school three weeks earlier in the summer, but have a two-week break in October, along with an extra week in the spring.

“It’s always a nice time of the year to bring kids together,” said Kyle Porter, principal at St.Theresa. “They want to be here.”

The advantage to year-round schooling is students don’t lose as much of what they learned in the previous school year, said Kathleen McMaster, Grade 1 teacher at St. Theresa.

“You don’t have to waste that time with teaching them routines, getting them to go where they’re going,” McMaster said.

“They already know and they understand who we are. They’re comfortable, they’re coming to school confident, they’re ready to go.”

That’s especially important for a school like St. Theresa, which has a diverse student body, including students who don’t speak English as their first language, she said. 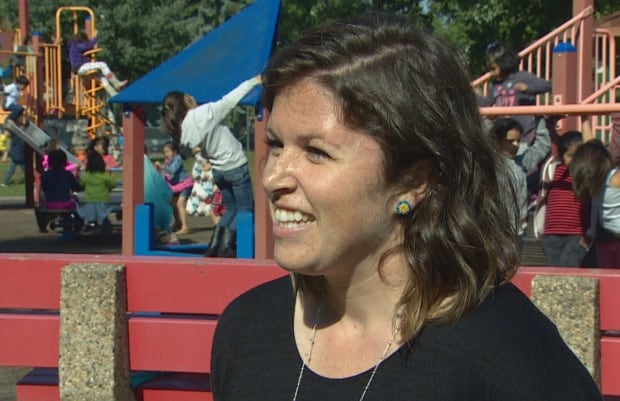 “You work really hard all year to get them to grade level,” she said. “We find that if they were to go and have that normal nine weeks, they would start to regress in the summer.”

Instead, the new teacher can take up where the old teacher left off, she said.

However, even the most motivated student can find it difficult to be inside the classroom on a beautiful summer day.

“We make use of the nice weather and we expand our learning space to outside,” Porter said.

This is the eighth year Edmonton Catholic has offered year-round schooling.