Rob Kardashian and Blac Chyna are not at odds over their only daughter, according to Lisa Bloom.

While a recent report alleged the exes could not resolve their “custody war” inside an office on Friday, Chyna’s attorney denies such was the case. “There are many false statements in this article, which I told TMZ, but they published it anyway,” she told E! News in a statement. “I was present and witnessed the entire non-event.”

Instead, Bloom maintained that there is no custody hearing scheduled for next month, but there is a hearing for the domestic violence restraining order she initially requested for her client in July in response to Kardashian’s social media attacks against his former fiancée.

While that case remains underway, Bloom insists Rob and Chyna are peacefully co-parenting their 9-month-old daughter. As for claims that the reality star got into Kardashian’s Range Rover and prepared to drive away after the meeting, those are also fiction, according to Bloom.

However, as her attorney explained, Chyna did express hurt after seeing the Range Rover, which she had given to Kardashian and never got back after she returned his gifted cars back to him.

Though Kardashian’s team did not return E!’s request for comment and a recent report from People alleges things are “tense” between the stars, it seems all is well according to Chyna’s camp. 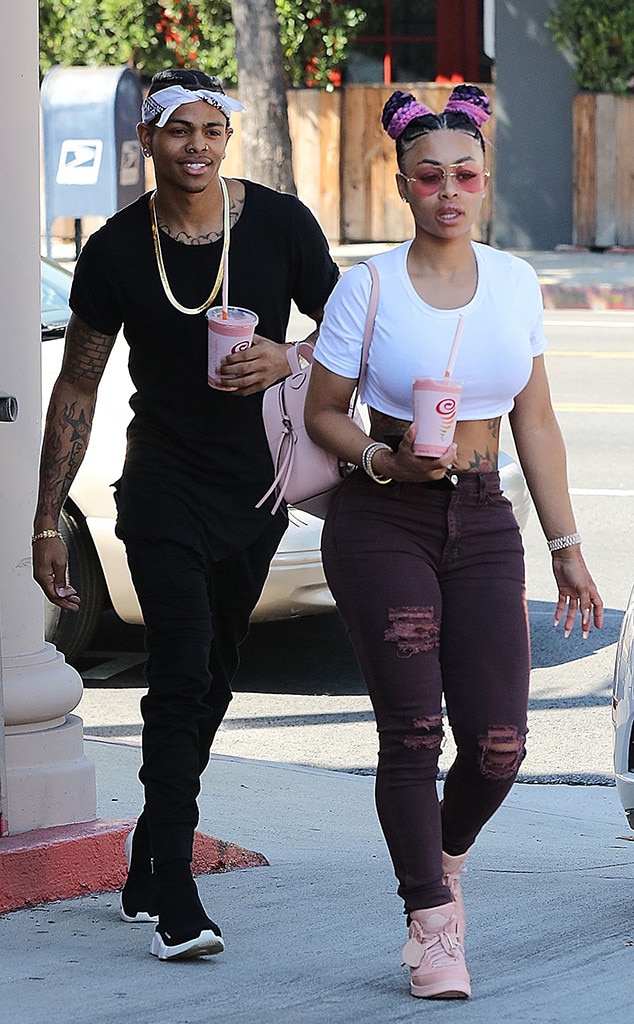 In the interim, the two stars have forged ahead in their lives apart. Chyna appeared in Belly‘s music video for “P.O.P. (Power of P—y)” in early August, has been making public appearances at Hollywood events and has been romantically linked to rapper Mechie in recent weeks.

Kardashian, however, has remained largely out of the spotlight and silent on social media since his explicit rant, aside from a photo of his daughter he shared in mid-July.

While he stays hidden from the spotlight, Rob remains focused on his little girl.

“There’s no excuse and he is taking responsibility. He also realizes that there could be consequences and that he won’t be able to see Dream. That is what’s most important to him and not being able to be with her is what scares him the most,” one insider told E! News. “He is trying to learn from this and move forward. He just wants to be a good dad and focus on that.”