In the summer of 1983, Bill Smith, a former defensive back with the Edmonton Eskimos, stood in a receiving line to greet the Prince and Princess of Wales. When Diana got to him she stopped and asked a question.

“I thought I was a cool guy, could handle any situation, and I was almost tongue-tied,” recalls Smith, who later became mayor of Edmonton. “I was so impressed with her, so enthralled by her and so surprised that she stopped.”

Prince Charles and Diana were nearing the end of their first Canadian tour. Starting in Halifax, their 17-day tour had taken them through Atlantic Canada, Ottawa and then to Edmonton. Smith, never known to be at a loss for words, was serving as an ambassador with the World University Games.

Diana waves to the crowd as she and Charles arrive at Edmonton’s Commonwealth Stadium for the opening of the 1983 World University Games. (Nick Didlick/Canadian Press)

But while it was Charles who opened the games, it was clearly Diana who won hearts, as the crowd of 60,000 broke into a rousing chorus of happy birthday for the princess, who turned 22 that day.

When the couple touched down in Halifax on June 14, 1983, they had been married just under two years, and their first child William was 14 months old. The Canadian visit came after an exhausting six-week tour of Australia and New Zealand. But the young princess seemed to revel in the role of public figure. 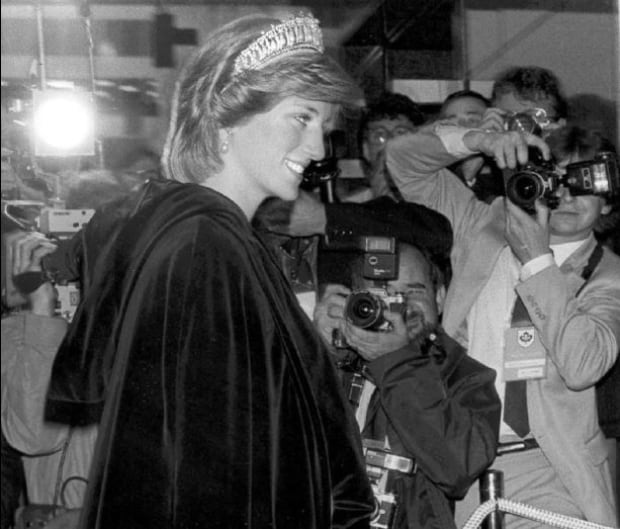 Diana passes a group of photographers as she arrives for a dinner with Prime Minister Pierre Trudeau in Halifax on June 15, 1983. (Canadian Press)

At every outing she would stop and chat, endearing total strangers with a warmth rarely exuded by members of the Royal Family. In Newfoundland she stopped to greet Wendy Martin, who brought a gift for young William who was in London.

Martin handed Diana the gift, and the two made a bit of small talk about toddlers. A couple of weeks later she was astonished to receive a thank you note from an aid to the princess.

“She just seemed like a very likeable person. She seemed very sincere and very real, and I think it was probably at a time when the Royals needed a bit of that,” Martin recalls, 34 years later.

The princess and the dress

After an exhausting romp through Atlantic Canada and Ottawa, the Prince and Princess of Wales arrived in Edmonton where their first stop, the historic Fort Edmonton Park, required them to wear period costumes. 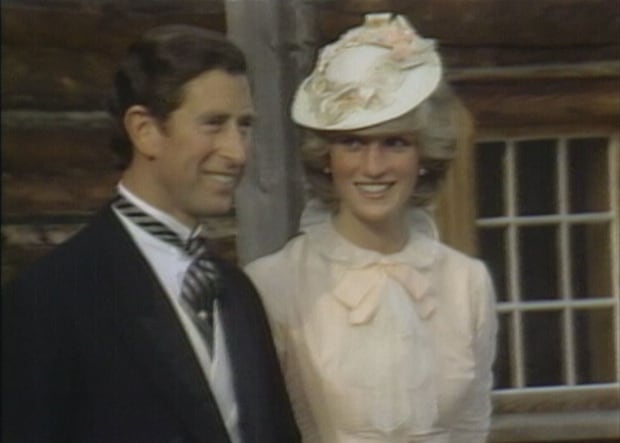 Charles and Diana arrive at historic Fort Edmonton Park for a barbecue on June 29, 1983. (CBC)

“I remember there was a lot of discussion about the dress,” says Pat Lobregt, who helped co-ordinate Edmonton’s leg of the royal tour.

“She wore it with beautifully and was extremely elegant.”

It was stunning, giving Diana the look of an 1890’s princess, in a setting that matched the period.

“When people think of a fairytale princess, they think of a princess wearing a long gown like this one,” says Michael Smith, the dress’s current owner, who has exhaustively researched its origin and meaning.

It was first worn by an actress playing the role of Lillie Langtry in the popular British mini series, Lillie. Langtry was a socialite, a young woman celebrated for her beauty and charm, who had an affair with Edward VII, Charles’ great-great grandfather.

Smith posits that Diana intended to make a statement with the dress.

“She was aware of the affair between Camilla and Charles, but there wasn’t much she could really do about it,” he says, suggesting her fashion choice showed a rebellious streak.

“It’s the context. It tells something about the period, when she wore it, why she wore it.” 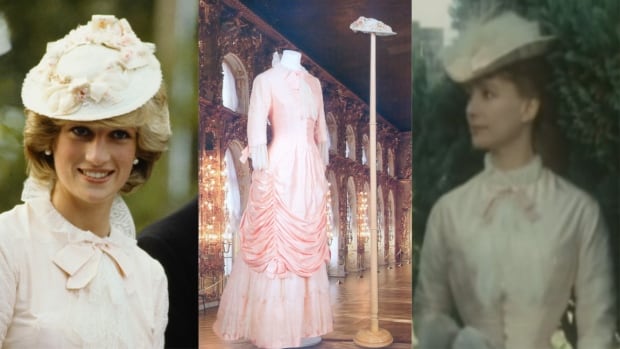 From left to right, the Klondike Dress is shown worn by Diana on June 29, 1983, on display and by actress Francesca Annis on the mini series Lillie in 1978.

She changed the Royal Family

It was Diana’s rebellious nature coupled with her humanity that won hearts and set the royal establishment on a new path.

“It was about her — the visit,” Lobregt recalls. “That’s who the people came to see.”

In Edmonton, fans lined streets and filled a downtown park. “Lining up for hours and hours,” Lobregt added, just for the opportunity to get a look.

“She changed the Royal Family and changed it for the good,” Smith says.

He says Diana brought the public closer to the Royal Family. Like many, he was devastated on learning she had died on Aug. 31, 1997. “It was like I lost a member of the family.”

Lobregt also relishes memories of the 1983 visit. But she takes comfort that the changes Diana brought to Buckingham Palace will live on.

“The legacy she left are her two incredible children. And she raised them as long as she was able to in such a beautiful way that they are now incredible, I think, incredible human beings.”