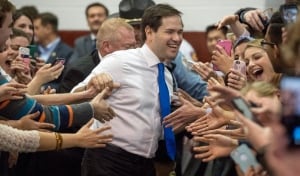 Super Tuesday, the most anticipated day of the U.S. primary season, has arrived.

A dozen states and one territory hold their primaries and caucuses today, with hundreds of delegates at stake. Whoever gets the most delegates wins the nomination, so Super Tuesday is super important.

Here are five things to watch on the big day:

Donald Trump is heading into Super Tuesday in a comfortable position and is poised to emerge with an even stronger frontrunner title for the Republicans. Ted Cruz and Marco Rubio are fighting to be the anti-Trump alternative and both are counting on Super Tuesday for at least a win or two and some second-place finishes in order to claim that title.

After Rubio went on the attack against Trump for the first time in last week’s debate, he hasn’t let up on the campaign trail and the war of words between him and Trump has dominated headlines.

Whether his new campaign strategy pays off on Tuesday will be something to watch. Rubio is looking for a strong performance on Super Tuesday to generate momentum ahead of the March 15 primary in his home state of Florida.

Cruz is also counting on Super Tuesday to catch up to Trump in the delegate count, to knock down Rubio and to change the narrative so the story is about him and Trump — not Rubio and Trump.

2. Ted Cruz’s Texas is at stake

The Lone Star state is critical on Tuesday. It has the most Republican delegates up for grabs by far (155) and it’s Cruz’s home state. Cruz hasn’t had a win since Iowa and he needs a victory in Texas, not only to avoid embarrassment but to secure the delegates. If he loses to Trump in his own backyard, he will have a hard time convincing Republicans that he should be the alternative, anti-Trump candidate over Rubio.

Cruz landed the endorsement of Texas Gov. Greg Abbott and former governor Rick Perry, who was in the race initially and dropped out early. Those were important endorsements. But polls have indicated that Trump is making it a competitive race in Texas and he would love to beat Cruz on his home turf. Texas is a must-win for Cruz.

3. How badly will Clinton beat Sanders?

Super Tuesday could be a tough day for Bernie Sanders. Hillary Clinton, fresh off a blowout victory in South Carolina on Saturday, is favoured to win a majority of the states. She has double-digit leads in polls in states like Virginia, Arkansas (where Bill Clinton was governor) and Texas. 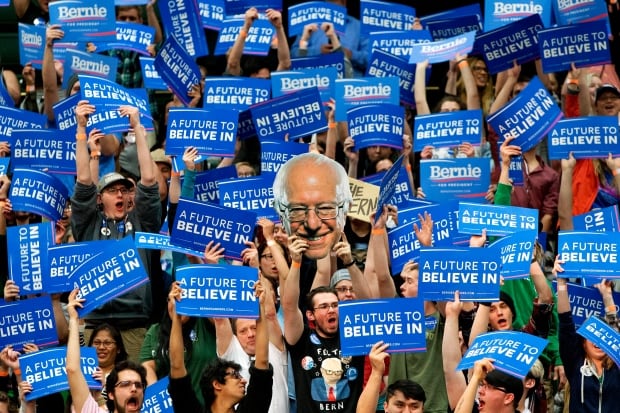 Supporters of Democratic presidential candidate Sen. Bernie Sanders cheer at a rally in Colorado on Sunday, Feb. 28, 2016. Colorado is one of the states where Sanders has a chance to win over Hillary Clinton. (Jacquelyn Martin/Associated Press)

Sanders can count on one win for sure — his home state of Vermont — and there are four other states where he has cut into Clinton’s support and the races could be tight: Colorado, Massachusetts, Minnesota and Oklahoma are the ones to watch for a Sanders surge.

Even if Sanders doesn’t win those states, finishing close to Clinton could still give him some momentum — and likely some money. His fundraising could get a boost, like it did when he won the New Hampshire primary. Strong performances will also give him some delegates but if Clinton meets expectations on Super Tuesday and wins most of the states, her overall count will be difficult for Sanders to match.

Several of the states voting Tuesday have large black populations and Clinton gets their support over Sanders, as South Carolina clearly showed. That voting group’s continued support will be a factor in her wins Tuesday.

Several of the Super Tuesday states are in the south and have large populations of evangelical Christian voters. Who wins them is something to watch. Their support is a factor in states like Alabama, Georgia, Tennessee and Arkansas.

Cruz and Rubio are the more natural fits for evangelical Republican voters but Trump is getting surprising support. Virginia, which votes Tuesday, is home to two influential Christian colleges, including Liberty University, founded by the late televangelist Jerry Falwell. Its current president, Falwell’s son Jerry Jr., endorsed Trump, which gave him credibility among evangelicals across the country.

Cruz counted on evangelical support to help him win Iowa, but didn’t get it in South Carolina. Trump did. Cruz’s campaign strategy has banked heavily on getting evangelical support in the southern states on Tuesday. Where these voters put their support will be telling. 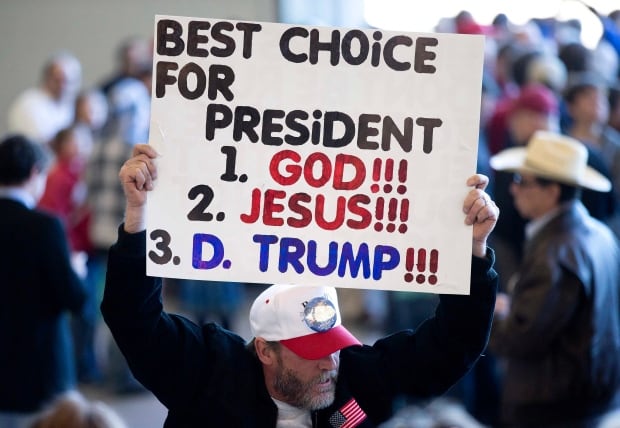 A supporter of Republican presidential candidate Donald Trump holds a sign at a rally in Arkansas on Feb. 27, 2016. Trump is getting solid support from evangelical Christian voters. (John Bazemore/Associated Press)

5. Kasich and Carson still hanging in

Ohio Gov. John Kasich predicted Monday that Trump will sweep Super Tuesday. He’s not expecting to pull off any upset wins but is trying to stay viable. Kasich will weather the Super Tuesday storm and his focus is on Michigan, which votes March 8, and then his home state on March 15. Kasich could pull some support away from Rubio and Cruz on Tuesday in states like Massachusetts, eating into their delegate count.

Ben Carson, despite finishing at the bottom of the pack in all of the early-voting states so far is vowing to stay in the race, regardless of what happens on Super Tuesday. But with a poor showing expected, it will be increasingly hard for Carson to justify sticking around.