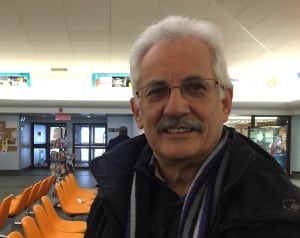 Nunavut’s Inuit fisheries are once again left out of the $35 million annual federal Aboriginal Fisheries Strategy, but Fisheries and Oceans Minister Hunter Tootoo says his staff is looking at other funding avenues for the industry in the territory.

Between federal aboriginal fisheries development funding programs and the Canadian Northern Economic Development Agency (CanNor), nearly $1.68 billion has been spent by the federal government in the last 21 years for aboriginal fisheries. Eetoolook says Nunavut has received only 0.2 per cent of this funding support.

“Nunavut does not qualify due to a DFO policy position that does not allow aboriginal groups in Canada with settled land claims access to the funds,” said Eetoolook.

“We clearly have been left out of this process,” said Jerry Ward, chair of the Nunavut Offshore Allocation Holders Association, which represents Nunavut’s offshore fishing industry.

“Even though it’s called an Aboriginal Fisheries Strategy, it really has been more of a First Nations fisheries strategy because the Inuit in particular in the land claims agreement haven’t been part of it.”

Nunavut fisheries say they are at a disadvantage when it comes to competing with other aboriginal groups who can use these federal funds to purchase fishing licences.

“This is still a far cry from the 80 to 90 per cent enjoyed by other jurisdictions in Canada,” said Eetoolook.

Ward said Nunavut fisheries are underdeveloped because they face environmental and geographic challenges and higher operating and transportation costs.

“We have an aged fishing fleet, we have inadequate shore facilities and so on. We need to bring our industry forward,” said Ward.

He said additional federal funds would go a long way to remedy these problems.

A stroke of a pen

Stakeholders says the federal government has the power to easily change the eligibility criteria for these funds. 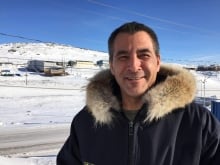 ‘I’m looking at different options of how we can find ways to address the inequity that’s out there,’ said federal fisheries minister Hunter Tootoo. (Sima Sahar Zerehi/CBC)

“These are just policy issues, they are not entered in legislation, so it is our view if the minister and or senior bureaucrats in Ottawa want to do something about it, this could be done,” said Ward.

“I wish it was that easy as a stroke of a pen,” he said. “If it was just that, it would be a piece of cake.

He said he has directed his staff to look at other possible funding avenues.

“I’m looking at different options of how we can find ways to address the inequity that’s out there,’ said Tootoo.

Ward said he welcomes the minister’s willingness to work on this funding problems and looks forward to collaborating with DFO, but he said “it needs to be done sooner than later.”