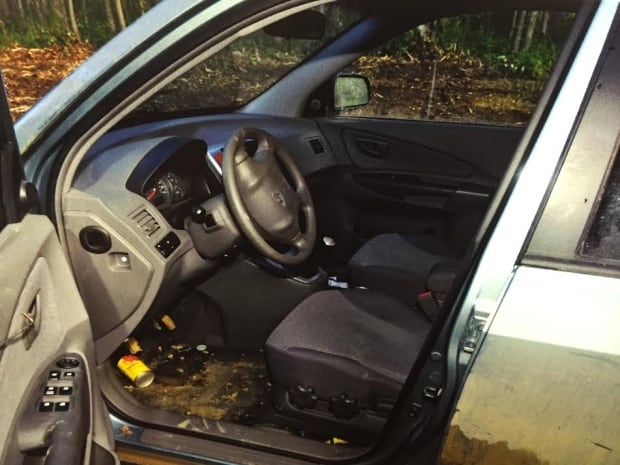 When Trudy Holder spoke to Lyle McCann the morning of July 3, 2010, she had no idea that would be the last time she’d hear her father’s voice.

It was a short and unpleasant phone call, made just before McCann and his wife Marie began a road trip to B.C.

“He called me and it was very short,” Holder told the court. “He said we’re on our way. We’ll see you in a week or so.”

A week later, Holder and her daughter flew from Calgary to the Abbotsford, B.C. airport. Her always dependable parents knew her arrival time and were supposed to be there to pick them up. But there was no sign of the elderly couple.

“My mom and dad are never not there,” she said. “I started freaking out.”

Holder made some phone calls and realized the McCann’s never arrived at a campsite they’d reserved for the night before.

She called police and reported her parents as missing.

They were declared dead by the courts a year later. Their bodies have never been found.

Travis Vader is on trial for two counts of first-degree murder.

Missing-person posters with the McCann’s smiling faces and countless news stories have made them well known across the country.

But Holder provided new insights about the family at the trial Thursday.

She described her parents as “frugal” and “elegant.” Her father was 78 when he disappeared, working as a long-haul trucker until retiring at age 75.

Holder said he was a cautious “gentleman driver,” who never exceeded 100 km/h.

She testified Lyle McCann was meticulous about his vehicles and always kept them clean and serviced.

That’s in sharp contrast to the state of the couple’s SUV found hidden in the bush nearly two weeks after they were last seen.

When the McCann’s SUV was found, it was a far cry from the immaculate condition it was normally kept by Lyle McCann. (RCMP)

The outside of the vehicle was filthy. Exhibit photos show trash on the floor, a beer can in the cup holder and blood-stained cans of food.

The judge has been told there’s evidence of Vader’s blood and DNA inside the SUV.

Holder said, “If vehicles got dirty inside or out my dad would clean them right away.”

‘My mother was my best friend’

Holder claimed she was very close to her mother Marie and spoke to her by phone every day.

She said her mother was her best friend and they talked about everything.

But under cross-examination, the 51-year-old single mother admitted the relationship with her parents had become strained.

Holder called her dad on Father’s Day in June 2010, and thought both parents were acting odd, “really rude and weird.”

“I know they were upset about something,” she said, but she didn’t know what.

Holder planned to iron things out when they met up in B.C.

She never got the chance.

That was not the only strained relationship in the family. Holder has two older brothers and admitted up until the time her parents disappeared, she had only spoken to Bret and Lance McCann a handful of times between 2000 and 2010.

Under intense cross-examination, she admitted her brother Lance, also a long-haul trucker, is a long-time alcoholic.

Defence lawyer Brian Beresh said, “There was obvious dysfunction in the family then before July 3, 2010.”

After spending hours on the witness stand, Holder left the courtroom holding hands with her niece, Nicole Walsh.

Walsh’s father, Bret McCann is also expected to testify at the murder trial.