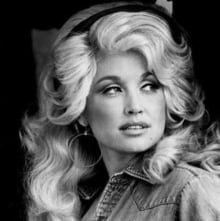 Even the way he found his musical voice, is a dichotomy.

“I grew up listening to oldie station KY58 with my mom and also my dad, they loved country music,” Sumner explained.

Growing up listening to classic country artists like Dolly Parton, Conway Twitty and Dwight Yoakam influenced him — but his influences didn’t end there.

“Going into my teenage years I needed something to rebel and something to identify with. So hip-hop music was the perfect avenue to somewhat fill the void of the lack of culture where I grew up.”

Sumner began writing rhymes and songs and when he was in his 20s. He picked up a guitar and taught himself to play using YouTube videos. Then he took what he learned and performed on any stage that would have him.

“I would always go to talent shows on Treaty Days and stuff and sing at the contests. You have to sing an old country classic to win those things,” he said.

For Sumner, combining the genres of country and hip-hop was a natural progression — laying hip-hop lyrics over country music chords.

Originally from the Little Saskatchewan First Nation in Manitoba, Sumner has lived in Winnipeg since the flood of 2011 forced most of his community to evacuate to urban centres.

“It’s hard to identify one thing that it changed, it just changed everything,” he explained. Sumner said many thought the evacuation wouldn’t last more than five months. It has now been five years.

“Kids that left when they were 13-years-old are now 18,” he said. “Some of the elders that moved away from the community have passed on,” he added, the emotion rising in his voice.

“It was not an act of God or an act of Creator or however you want to put it. It was a man-made decision to send that water to us. They knew it was going to flood us. It destroyed any sense of community that we did have and it is going to take a long time to rebuild our community and I don’t mean that just physically with houses.”

Visions of Friendship: Michael Angelo Covino and Kyle Marvin on…