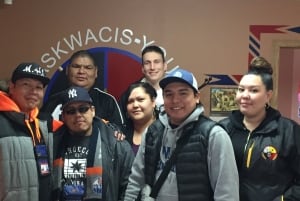 Alberta’s Cree community of Maskwacis has been struggling with violence for years.

Renamed in 2014 to reflect the area’s Cree heritage, the community formerly known as Hobbema has made national headlines in recent years for shootings, gang violence, and an increase in suicides.

While the contributing factors are complex, Debbie Nepoose says she believes the disappearance of “big oil money” has played a significant role.

Nepoose said lifestyles in the community changed when it was easy to find work in the energy industry. ​”It became a fast-paced life… A lot of our cultural ways, our traditional ways, what we considered a normal Cree life, were lost. It was lost because everybody had the money,” she says.

“And then it seemed like over night, it went away.”

In the absence of that money, the 59-year-old says her community has had to find new ways to survive — and for some, that has meant turning to gangs.

We had the era of the big oil money, and now that’s gone… And so people had to try and survive again. What’s the quickest way to survive? Sell drugs. Fast money.  – Debbie Nepoose

As manager of the Maskwacis Youth Initiative — a program trying to teach young people there are alternatives to gang life — one of Nepoose’s aims is to reconnect young people to their Cree culture. ​

The Maskwacis Youth Initiative is a program aimed at showing young people in Maskwacis there are alternatives to gang life. (Provided by Debbie Nepoose)

The program uses “violence interrupters,” who get to know what’s going on in the lives of young people in the community and let them know what their options are.

One of those interrupters is Darcy Crane, who knows firsthand how reconnecting with Cree culture can change a person’s perspective.

I was going to sweat lodges in jail when I got out of the hole. So that was my first experience in our culture, right? I had never been around my culture. I lived that violent life.  – Darcy Crane, Maskwacis Youth Initative

As a young man, Crane was in and out of jail. After he assaulted someone in jail, he spent two weeks in solitary confinement, where he says he started to think about the kind of life he wanted to lead. He started going to sweat lodges in jail and says it had a transformative effect on his life. 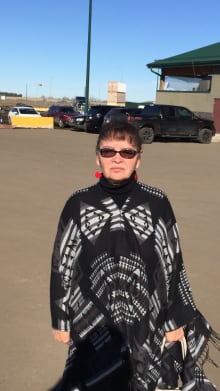 That type of transformation is what Nepoose hopes her program can accomplish at the community level. Though she says the program is starting to have an impact, Nepoose knows the competition for jobs in Maskwacis is still fierce, and Alberta’s faltering energy economy isn’t helping.

Nepoose says her community is living through what the rest of her province is on the brink of experiencing.

​”You better be prepared, because the depression, the anxiety, the anger, the jealousy…the emotions are horrible,” she says.

“So hang on to your ass, Alberta. You’re going to feel what we feel real quick.”

Click the button above to hear The 180’s visit to Maskwacis, Alberta.