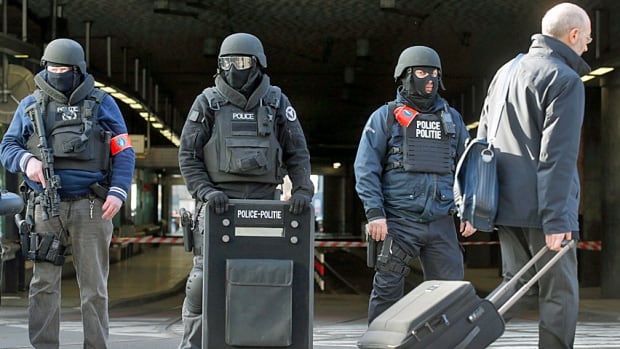 For informed analysis of the meaning of the carnage in Brussels we turn now to … Donald Trump.

“It’s going to get worse and worse because we are lax and foolish. We can’t allow these people to come into our country,” the leading candidate for the Republican presidential nomination told CNN yesterday.

There was more, of course, from Trump — on the need for waterboarding suspects and for more guns. But let’s stick with “lax and foolish” and keeping “these people” out.

The point is that Trump’s comments aren’t particularly extreme, despite what his political opponents say. Rather, they mirror what right-wing parties and leaders in Europe have been saying since the murderous attacks in Paris in November 2015.

The day after those attacks, Marine Le Pen, the leader of France’s far-right National Front, said the French government had to take back control of its borders from Europe, which has been ramping up its two-decades-long experiment in the free movement of people and goods.

Le Pen’s call was code for “close the doors and keep the hordes out.” It made little difference that the perpetrators of the attacks were almost all French citizens.

And, despite the rhetoric about the need for openness and republican virtues, within weeks the French government brought in a state of emergency and quietly instituted national border controls.

Keep the hordes out

Next door in Germany, in three land or provincial elections in March, the Alternative for Germany party shot into double figures, gaining almost one-quarter of the votes in Saxony-Anhalt.

The AfD started out almost a decade ago campaigning against the euro. Until recently, it had won no more than five per cent of the vote.

But with the influx of Middle East and other refugees into Germany in the last year, it switched targets.

Like Le Pen’s National Front, it essentially says it wants to keep the hordes out. And that has proven to be a far more successful formula for votes.

The story is the same in Scandinavia, in the Netherlands and in Britain. There is a fearfulness, a drawing in right across Europe.

It is tempting to blame it on the bombings themselves, but history doesn’t bear that out.

The 1980s were also a time of murderous bomb attacks across Europe: the Berlin disco attack of 1986 killed three and injured 79, and was attributed to the Libyan regime of Moammar Gadhafi; the Lockerbie bombing of 1988 killed 269 and was also attributed to Gadhafi; and the spate of IRA bombings in Britain, one of which, in 1984, aimed to kill then British prime minister Margaret Thatcher. And narrowly missed.

Yet there were few calls then to stop the growing movement towards Europe’s integration and invoke states of emergency.

That was a time when Western Europe was confident and growing, and had a bigger adversary than the IRA or Gadhafi to battle — the Soviet Union and its satellite states of Eastern Europe.

Rise of the little Trumps

That was a battle the West won. The Berlin Wall fell, the USSR collapsed, its satellites broke free and Europe duly collected its reward — the states of Eastern Europe became members of an expanded European Union, which now numbers 28 members.

But this is no longer a confident Europe.

Buffeted by years of austerity, by the tribulations of a common currency, which almost bankrupted several of its states, and now by a wave of refugees flooding north from wars in Syria, Iraq, Afghanistan and Africa, its politics are prey to little Trumps dotted about the map.

The confluence of these crises, coupled with the rise of the little Trumps, could well be lethal for the EU in its present form.

The irony is that it’s quite possible that the harsh measures put in place in France after November, and soon likely to be copied in Belgium and elsewhere, may reduce the risk of further homegrown ISIS attacks.

That, after all, is what happened in Britain after the murderous al-Qaeda-led attacks in July 2005.

But the fear will persist and infect political life. The fear that conflates terrorism and refugees.

It is a fear that so infects Europe’s leaders that they rushed into a tawdry refugee deal with Turkey, which allows Europe to ship back to Turkey non-desirable “economic migrants” in return for taking pristine “refugees” in return. 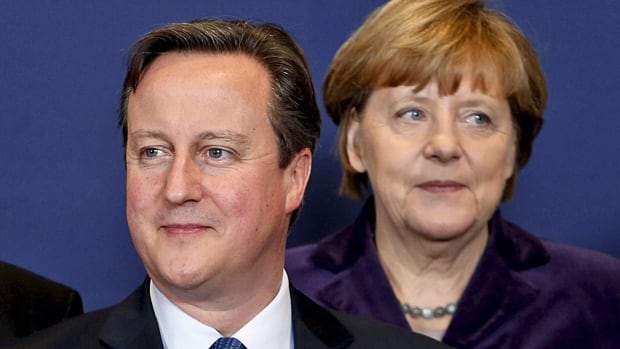 The Brussels attacks will not make life easier for Britain’s David Cameron and Germany’s Angela Merkel, two leaders who are finding themselves outflanked by their more nativist, anti-immigration opponents. (Francois Lenoir/Reuters)

How the Europeans will distinguish between migrants and refugees is a question they can’t answer.

But that arrangement won’t be enough for the little Trumps. Almost nothing will, except the dismantling of the EU and the so-called cleansing of their countries.

The beginning of that process may be just months away, when Britain votes on whether to stay in or leave the EU. European leaders secretly tremble at the prospect of a vote to leave. It could, they believe, set in train a domino effect.

Already the fear of “the other” is playing a role in that campaign.

A sitting cabinet minister, campaigning for Britain to quit the EU, said the Schengen open border agreement (which Britain isn’t part of) increased the risk of terror attacks in Britain.

That same message was repeated after the Brussels bombings by a senior member of the right-wing UKIP party, which exists to remove Britain from the EU.

“This horrific act of terrorism shows that Schengen free movement and lax border controls are a threat to our security,” said Mike Hookem, a UKIP member of the European Parliament.

They were immediately criticized by British Prime Minister David Cameron. His quick response suggests how fearful he and his advisers are of the power of such fear-mongering.

But Hookem was unapologetic: “What is shameless is putting lives at risk for the sake of political union,” he said. “I am in Brussels. How many of those people attacking me are sitting safely behind computers?”

The Donald couldn’t have put it better.