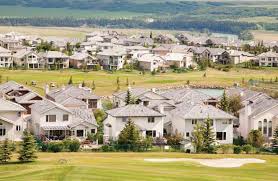 Campaign season has officially begun, and there are 7 council candidates that Wood Buffalo residents will be able to vote for on the ballot. All seven of the candidates have submitted the required forms for the election campaign that will end on March 30. One of the candidates is Colleen Tatum, who has been previously elected in 2012 before she just barely lost her spot. In a letter to the editor Tatum responded “As we work together through this period of economic uncertainty our council will need to work together to continue to improve our community in a fiscally responsible way. I will be job ready on day one.” Tatum’s website states “During the 2013 Municipal Election, I outlined three areas I would focus on as a municipal councillor. These areas were: Communication, Business Development, and Child Care Needs. I still think these are areas that need to be addressed. I think the area of Child Care Needs has really expanded to include Family Needs, ranging from pre-natal to seniors care.”

Other council candidates in the upcoming campaign include Verna Murphy, who is a freelance writer and a Today columnist, as well as Chris Flett, Mohammad Dogar, Michael Durocher and Monte Vickerson. The last byelection resulted in just 9% of eligible voters even coming out to vote, and this election will probably see similar results although officials are hopeful that more people vote this time around. Now that the candidates have thrown their hats into the ring it is up to the voters of Wood Buffalo to decide who the best individuals are.