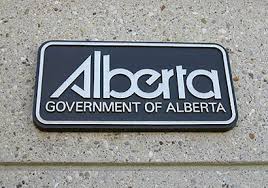 It is no secret that the RMWB municipal infrastructure is in need of some upgrades, and the Alberta government has allotted $12 million so that this can be accomplished. The funds will come from $400 million provided by the Municipal Sustainability Initiative, and these funds are intended to help Wood Buffalo continue to make improvements to the municipal infrastructure in spite of lean times and a tough economy. Diana McQueen, the Municipal Affairs minister explained “Our province is preparing for some tough budgets over the next few years due to a significant drop in our oil prices. I have heard concerns, and what I have heard has been pretty consistent … foregoing these key projects could mean that they cost more later and we may miss an opportunity to take advantage of lower construction costs.”

Coun. Sheldon Germain voiced some questions about the money for municipal infrastructure from the Alberta government. Germain said “We budgeted in 2015 to receive … $35.6 million (from MSI) in our capital budget,. We’re unclear right now whether that $12 million is new money or if it’s a portion of the (money) that we’ve already budgeted to receive in 2015. The reason why I think that’s prudent for council to do is in our economic climate, we have to exercise some caution. There has been a lot of noise out of the province that funding may be cut, so we don’t know how that may affect the municipality going forward.” According to McQueen “This funding is designed to help our partners meet their capital infrastructure commitments and position them well,. It’s a strategic investment ahead of what plans to be some difficult budget years, and I know our partners will use this money prudently.”