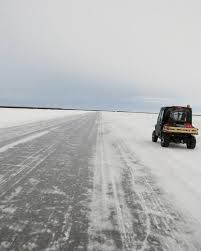 The Subzero Challenge is held each year in order to raise funds, and this event has really paid of for the Centre of Hope this year with more than $47,000 raised. This is the fourth year that the challenge has been held, and the organization raised $8,000 more this year than they did last year. All of the hard work and creative fundraising strategies really paid off. The campaign is intended to raise awareness and funds to fight winter homelessness. Since December 1 of 2014 the Centre of Hope has managed to raise $47, 811. Many people do not realize that some individuals and families end up homeless in the winter months, and this can be tragic if there are not resources and support available for those who find themselves homeless during the winter months.

In a release detailing the Annual Subzero Challenge the Centre of Hope fund and communications co-ordinator Barb Rex “All proceeds raised will go to our Extended Hours Program, which keeps our doors open to patrons 365 days a year. The overwhelming success of this campaign ensures that this is now a reality for the Centre of Hope. Way to heat the streets, YMM.” Some of the fundraisers for the challenge this year included a Ride for Hope, a camp out, and an annual Toque Tuesday in the local schools. Rex explained “We are so thankful to our community for all that they do for Centre of Hope, the feeling that we get seeing so many individuals and businesses taking the time to think of our patrons in need is impossible to describe.”