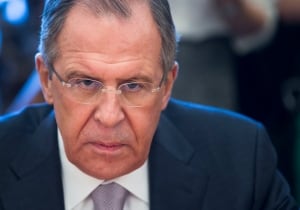 The investigation into the killing of Boris Nemtsov, a fierce critic of Russian President Vladimir Putin who was gunned down not far from the Kremlin, faced conflicting reports Monday about possible surveillance footage of his slaying.

No suspects have been arrested since Nemtsov was shot dead Friday night on a Moscow bridge, a slaying that came just hours after a radio interview in which he denounced Putin’s “mad, aggressive policy” in Ukraine. According to Russian investigators, Nemtsov was walking near the Kremlin on his way home with a woman when he was shot four times by an assailant, who then escaped in a light-colored car.

It was not clear what CCTV footage may have captured his slaying, even though the area is one of the most highly secure parts of the Russian capital.

The business daily newspaper Kommersant quoted anonymous sources in the Interior Ministry as saying there was no CCTV footage of his killing because the cameras in question were not working at the time.

However, Yelena Novikova, a spokeswoman for Moscow’s information technology department, which oversees surveillance cameras in the city, said Monday that all cameras “belonging to the city” were operating correctly on the night of Nemtsov’s death. She said federal authorities also had surveillance cameras near the Kremlin that are not under her organization’s control.

The failure to dig up CCTV footage in such a public place as central Moscow has deepened the frustration of those who supported opposition leader Nemtsov, many of whom believe the government is responsible for his killing.

Putin has ‘special control’ of probe

In Geneva, Russian Foreign Minister Sergey Lavrov called the Nemtsov killing a “heinous crime which will be fully investigated.” He told the UN Human Rights Council on Monday that Russian President Vladimir Putin had “immediately handed down all instructions and is ensuring special control over this investigation.”

At the same time he rebuffed outside interference in the probe, saying any “attempt to use the heinous killing of Boris Nemtsov for political purposes is despicable.”

Investigators said they are looking into several possible motives for the slaying and have offered 3 million rubles (nearly $50,000 US) for information about it, but so far there have been few leads.

Russian Foreign Minister Sergey Lavrov said the investigation into the killing of opposition leader Boris Nemtsov must not be interfered with. (Pavel Golovkin)

The one witness is the Ukrainian woman who was accompanying Nemtsov when he was shot, 23-year-old Anna Duritskaya. She has been under police guard for questioning since early Saturday, but in an interview Monday with the independent Russian TV channel Dozhd she said she had not seen Nemtsov’s attacker.

“I didn’t see anything,” she told Dozhd. “I turned around and all I saw was a light-coloured car. I saw neither the brand nor the license plate of the car when it was driving away.”

Duritskaya said she had known Nemtsov for three years. She said she had been questioned exhaustively by police and wants to leave the country but Russian investigators would not let her. She is now staying at a friend’s apartment in Moscow.

Meanwhile, TV Center, a station controlled by the Moscow city government, broadcast a poor-resolution video from one of its web cameras that it said shows Nemtsov and his date shortly before the killing.

The station, which superimposed its own time code on the footage, circled figures that it said were Nemtsov and the woman walking across the bridge on a rainy night. A vehicle that TVC identified as a snowplow moved slowly behind the couple, obscuring the view of the shooting. TV Center then circled what it said was the suspected killer jumping into a passing car.

The authenticity of the TVC video could not be independently confirmed.

Duritskaya told Dozhd that after the shooting, she approached the driver of the snowplow captured in the TVC footage to ask for the local emergency number for the police. She said after he gave her the number, he drove away.

Tens of thousands of supporters turned out Sunday to march through central Moscow in silent tribute to Nemtsov, while other supporters mourned him in St. Petersburg and a few other European cities.

Prominent Russian opposition leader Alexei Navalny has requested to be released early from prison so that he could attend the Nemtsov funeral, which will be held Tuesday at a human rights centre in Moscow.

Navalny was sentenced on Feb. 20 to 15 days in custody for handing out leaflets for an upcoming protest, which was also organized by Nemtsov.

France’s foreign minister on Monday called Nemtsov’s killing an “assassination that was revolting,” and called for a serious investigation into the crime. Laurent Fabius told BFM television that the slaying “raises a series of questions.”