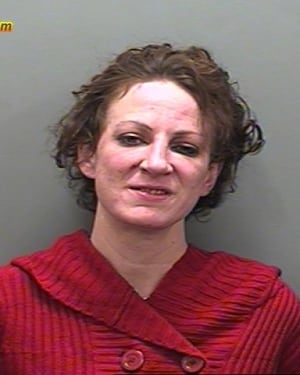 A woman who stabbed a nurse several times inside a Red Deer hospital is to be considered armed and dangerous, RCMP say.

Shortly before noon on Friday, Red Deer RCMP responded to a report of a stabbing at the hospital.

Police say a female nurse was stabbed numerous time and is being treated for non-life-threatening injuries. The attack is believed to be targeted.

Police have issued a warrant for Meghan Claire Dion on charges of attempted murder and assault. (RCMP)

Alberta Health Services says it was an isolated incident and at no time was there a risk to patients.

Police have issued a warrant for a 34-year-old Meghan Claire Dion of Red Deer on charges of attempted murder and assault.

Dion is described as being 5’8″ tall and 120 lbs, with short red hair in a short ponytail. She has green eyes and was last seen wearing a long sleeved black sweater with white letters “EX” on the sleeve and other white logos on the back and front, as well as light coloured jeans and light coloured running shoes