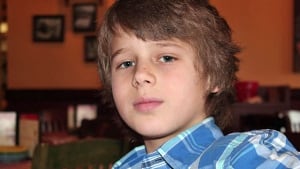 Ontario’s provincial advocate for children and youth wants the provincial coroner to launch an inquest into the death of a 12-year-old  boy from Cobourg who committed suicide in August after years of intervention from nine different children’s mental health services and agencies.

“How does that 12-year-old boy end up hanging from a tree?” Ontario’s youth advocate Irwin Elman said to the fifth estate, as part of its investigation into the death of Chazz Petrella seven months ago. “I want to know.”

Here, Elman said, is “a 12-year-old boy who has, by all accounts, some real strengths, [is] really engaging and for a number of years has had services in his life, people in his life.”

the fifth estate investigation has found that Chazz was twice unable to access testing and care that might have been important because funding was not approved by the non-profit agency Service Coordination for Children and Youth, which is funded by the provincial government and has a mandate to develop integrated service plans for children with special needs.

He also never received a firm diagnosis or treatment plan despite being in and out of three public schools, two specialized residential facilities for children with behavioural issues, a private school  for children with special needs and an in-patient psychiatric crisis centre.

Chazz’s parents hope that a coroner’s inquest will give them the answers they are looking for.

Chazz Petrella was 10 in this photo. He took his life two years later. (CBC)

Tracy MacCharles, Ontario’s minister for children and youth services, declined to be interviewed about the issues Chazz’s story raises, with her office at one point citing privacy concerns. Instead she provided a statement that said her ministry is working “tirelessly” to fix what she calls “gaps” in Ontario’s mental health system.

Dr. Dirk Huyer, Ontario’s chief coroner, confirms that his office is investigating Chazz Petrella’s death, a process that can take months. That investigation would need to be completed before a decision would be made about whether to call a full inquest.

The problems Chazz faced with Ontario’s mental health agencies are not new.

There have been at least eight different government reports in Ontario all emphasizing the need to do better when it comes to children and mental health.

Canada also has the third-highest youth suicide rate in the industrialized world.

And suicide is the second leading cause of death for youth aged ten to 19.

The site features searchable recommendations from the more than 26 inquests in the last 15 years that involved the deaths of children and youth. 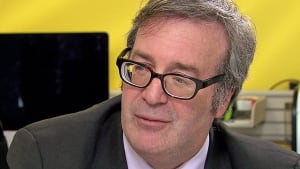 Ontario’s children and youth advocate Irwin Elman created a searchable database of all inquest results in the province that deal with the deaths of children. (CBC)

The database includes suicides, homicides and accidental deaths. Elman hopes that giving the public access to this information will provide a resource for families and increase transparency and accountability.

Among the existing recommendations, at least four different coroners’ juries over the past 14 years have cited specific systemic changes that, had they been implemented and enforced, might have helped Chazz and his family.

These include making comprehensive mental health assessments a priority to be done as soon as a child is identified as having problems, and assigning each family a government-appointed guide, someone to help navigate the fragmented system and to protect the child’s interests.